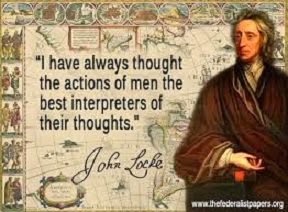 5% of America approves of Congress. That means 95% of Americans disapprove of Congress. This writer posits that 5% approval essentially amounts to the friends and family members of elected officials, Government employees and Military personnel under orders to support the government. (Funny if not so sad) This writer trusts all agree that 95% disapproval requires that the majority of the rank and file members of both the alleged Republican and alleged Democrat Party disapprove of Congress. Despite this, our Provdaesque Major Media insists on running with the spin that it’s the alleged Republican Party that is in trouble?


Pay no attention to the man behind the curtain

Though
you would-be aristocrats think little of Rank and File Americans, WE THE
PEOPLE are able to see through your deceptions. Congress just may not
hear about it because many fear the retaliation and blow back of
Speaking Truth to Power. What a shameful lot you Congressfolks are for
making individual Americans choose between their unalienable Right to
the Pursuit of Happiness and holding you folks accountable.

What
planet do you people who constitute America's present Ruling Class live
on? Have you never heard of this wonderful communication device called
the internet? Do you not know that Major Media no longer has a monopoly
on the flow of information to we rank and file Americans? Do you not
know the aristocracies of Old World Europe were torn down by the ease of
communication caused by the relatively primitive printing press? All
over the internet, Rank and File Americans are shouting, "The emperor
has no clothes".

Now able to compare notes, We rank and file
Americans have came to the conclusion that our elected officials seem to
be managing and manipulating us like livestock instead of representing
in the fashion the Founders envisioned. You know, that Natural Law,
Unalienable Rights, Constitution, Bill of Rights, Rule of Law thingy
that you folks find so lame and constraining.

There is a rank and file American saying"

"Fool me one, shame on you! Fool me twice, shame on me!"
CONGRESSIONAL INSIDER TRADING

Let
it be known that we rank and file Americans who comprise WE THE PEOPLE
have not forgot about Congressional Insider Trading. Congress got caught
and exposed by 60 minutes! (Hats off to 60 Minutes!)Congress passed
some lame, half-hearted legislation making it illegal for Congressfolks
to engage in Insider Trading (which was/is already illegal for the rest
of rank and file America) President Barrack Obama signed it into law.
And then Congress gutted and repealed that reform while America wasn't
paying attention! And President Barrack Obama signed that to. What is
your malfunction?

If what is written here rings true to you, perhaps you should contact
your local elected officials and let them know. If you are afraid of
repercussions, snail mail it anonymously and ask them to respond in the
local paper or their own monthly/quarterly internet newsletter. Even if
this article refers to something outside you geographic area, it still
likely applies to your location. Remember all those taxpayer training
junkets we taxpayers send the bureaucrats on? They all learn the same
“livestock management” techniques to use on WE THE PEOPLE.

Finally, this article is written with the same intentions as Thomas Paine http://ushistory.org/paine. I seek no leadership role. I seek only to help the American People find their own way using their own “Common Sense” http://amzn.to/kbRuar

Critical Thinking Notice - This author advises you as no politician would dare. Exercise Critical Thinking (http://bit.ly/ubI6ve)
in determining the truthfulness of anything you read or hear. Do not
passively accept nor believe anything anyone tells you, including this
author... unless and until you verify it yourself with sources you trust
and could actively defend your perspective to anyone who might debate
you to the contrary of your perspective

In a statement, the department told Winne (emphasis added):We know that the illegal narcotics trade…See More
41 minutes ago
1 Comment 1 Favorite

Less Prone favorited King Of Cups's blog post SCAM ALERT: A Swiss Doctor on Covid-19 and HenryMakow,com: Coronavirus is a Fraud
54 minutes ago

Credit; STRANGER THAN FICTION NEWS ⚠️ To find out if the death towers in your area are operating above bio-initiative safety standards check out the emf-390 ...
1 hour ago
1 Comment 1 Favorite