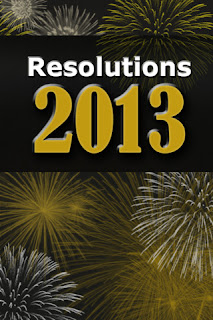 Let us begin with best wishes to all of my readers in this New Year of 2013.

This writer has purposely not written much regarding politics since this past November 6th, 2012 to gain perspective on the best direction in which this Country should proceed.

After the election,
this writer was very disappointed when he heard the same old rhetoric, issues and political dogma once again emerge as the dominate manner of political discourse.

Further, regardless of who they voted for, a large number of voters were not happy with choices they had to select from for President and other offices. These choices were forced upon them by the Establishment of both major parties.

Liberty died a little bit more this year as both major political parties decided to abandon the Rule of Law and resurrect the political philosophy known as the Divine Right of Kings.


These two Un-American acts by both major political parties demonstrated to Americans of every political stripe that our political parties no longer represent us but rather manage us like livestock. When their duplicity fails, they resort to the philosophy of “Might makes Right”.

With so much money and power aligned against WE THE PEOPLE, it is difficult to know where to start. But start somewhere we must.

This writer has concluded that WE THE PEOPLE must take on the role in framing the issues of future elections instead of allowing the 2 major parties and the press to do so.

Please join with me in mutually pledging to each other and our fellow citizens our lives, our fortunes and our sacred honor to our mutual endeavors of restoring liberty and economic opportunity to WE THE PEOPLE as our Founding Fathers envisioned and intended. [Last Paragraph, Declaration of Independence http://bit.ly/ruPE7z ]

Critical Thinking Notice - This author advises you as no politician would dare. Exercise Critical Thinking (http://bit.ly/ubI6ve) in determining the truthfulness of anything you read or hear. Do not
passively accept nor believe anything anyone tells you, including this author... unless and until you verify it yourself with sources you trust and could actively defend your perspective to anyone who might debate you to the contrary of your perspective.

Under a Technocratic state, money and the price system are done away with, trade is a thing of the past.

Maximun joy to the people in the form of every form of human want is free for the taking by the average worker. It takes an interest in the physical heath of the people by promoting healthy habits, and critical care when necessary unto death by age...It teaches the young how to work hard, to train their bodys to be lean, efficient and strong, and to instruct the young on the moral hazzards of high energy civilization; headonism, chemical dependancy and other social ills of the modern existance.

Duty to work 4 hours a day, four days a week for a share of the nations wealth.  Endless opportunitys for social interaction and leasure time. Total employment, and full share retired at 46.

An Isolationist economic bloc of Canada, United States, Mexico, Cuba, and the north end of south america, a progressive high energy civilization that has little need of the rest of the world, and tends to the needs of its people, that is the North American Technate.

This is the next step in the ladder, freedom from material want, and near freedom from labor...its more time having drinks with your freinds, or more time just gabbing, or watching sports or seeing a play or a movie.

Its a government that is stream lined, and acts more like a programable thermostatic control, using feed back inputs to limit fluctuations in the waves of finnished goods to the consumers.  The products available to the mass public would be items of great utillity, and of long lasting value,  and if broken can be easily repaired, or recast as another equally valuble widget.  Landfills would become a thing of the past as we will no longer be running the  factorys, and distributing throw away junk that comes wraped in trash.  There is more to this, give it some thought.  Its the only way to beat the internationalists.

Less Prone commented on Less Prone's blog post Bill Sperm Gates and Pedigree Philantrophy
"Bill has stated it publicly; he wants to reduce the human population. Isn't it weird that the…"
7 minutes ago

"Pleasse ignore the 5G nonsense at the end. Thanks."
2 hours ago

cheeki kea commented on James Roberts's blog post CDC Tells Hospitals to List Covid as Cause of Death, Without Tersting, or If It Only Contributed
"Oh this is not a good suggestion, murderers (by poison) will have a field day. I hope criminals…"
2 hours ago

James Roberts replied to James Roberts's discussion Apology
"Thank you (also for the like)."
4 hours ago

James Roberts commented on James Roberts's blog post CDC Tells Hospitals to List Covid as Cause of Death, Without Tersting, or If It Only Contributed
"The prolonged lockdown is to concentrate wealth as businesses fold, and to pave the way for civil…"
4 hours ago

cheeki kea replied to steve's discussion While we are at it Lets expose this FEAR PEDDLEING MONEY HUSTLEING DOOM AND GLOOM CHICKEN LITTLE SKY IS FALLING SCAMMER.
"Thanks for the info steve thats a good post. "
6 hours ago