Yet another greenie expedition to the Arctic to raise awareness of ‘global warming’ has been scuppered by unexpected large quantities of ice. This brings to a total of six the number of Ship of Fools expeditions where weather reality has made a mockery of climate theory.
According to Maritime Bulletin:

Arctic tours ship MS MALMO with 16 passengers on board got stuck in ice on Sep 3 off Longyearbyen, Svalbard Archipelago, halfway between Norway and North Pole. The ship is on Arctic tour with Climate Change documentary film team, and tourists, concerned with Climate Change and melting Arctic ice. All 16 Climate Change warriors were evacuated by helicopter in challenging conditions, all are safe. 7 crew remains on board, waiting for Coast Guard ship assistance.

The reporter, Erofey Schkvarkin clearly has a sense of humour. He adds:

Something is very wrong with Arctic ice, instead of melting as ordered by UN/IPCC, it captured the ship with Climate Change Warriors.

It appears the mainstream media has failed to get the memo. Here is a tweet from Reuters which appeared after the ship got stuck in ice. (h/t Stewgreen)

The town of Longyearbyen, Norway, is the northernmost — and the fastest-warming — town in the world, where glaciers melt, coffins rise from permafrost and avalanches sweep away houses. More dispatches from a climate-change frontier: 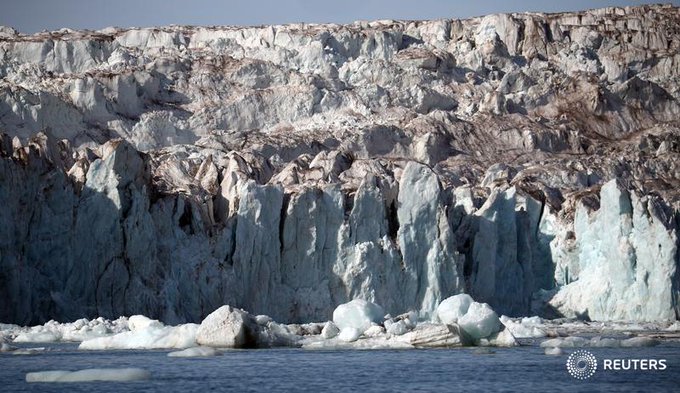 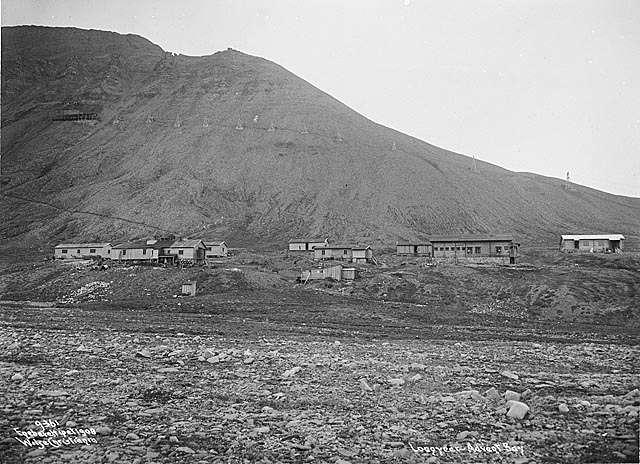 Here is the Ship of Fools list of shame

Ship of Fools 1 Australian climate researcher Chris Turkey and a crew of climate alarmists on a mission to demonstrate just how much Antarctic ice has been affected by global warming get stuck in unexpectedly thick ice and have to be rescued by helicopter.

Ship of Fools II Arctic expedition led by veteran explorer David Hempleman-Adams to raise awareness of “permanent irreversible change in the sea ice landscape of the Arctic” caused by global warming is ruined by unexpectedly large quantities of ice.

Ship of Fools III Global warming research study in Canada cancelled because of ice. “It became clear to me very quickly that these weren’t just heavy ice conditions, these were unprecedented ice conditions” claims the lead scientist, blaming it on “climate change fully in action” and calling it “a wake up call for all of us in this country.”

Ship of Fools IV Arctic Mission sailing expedition to North Pole to raise awareness of global warming has to turn back after yachts find their passage blocked by large quantities of unexpected frozen white substance.

Ship of Fools V Scientists, students, filmmakers from University of Rhode Island’s Inner Space Center on a mission to “document climate change effects” in the Canadian Arctic Archipelago have to be rescued after the ship is damaged after grounding on unexpected hard, bluey-white substance floating on the sea.

Burbia commented on Phyllis Maka's blog post No matter how Coronavirus plays out, this is the most relevant statement ever issued and...... Jim Stone
"If this true, then what happened on 911 in 2001 was a dress rehearsal. All trade and commerce was…"
1 hour ago

King Of Cups commented on King Of Cups's blog post Coronavirus and the relationship between 60GHZ 5G Wireless Networks implemented in Wuhan, China
"This could explain the concentration of so called cases of COVID 19 in Wuhan,…"
2 hours ago

Doc Vega commented on Doc Vega's blog post What Happens to the Single Man Once Society Has Stripped him of his Worth?
"James, I agree but you get to the point of exhaustion sometimes when you cant even trust a wife…"
4 hours ago

A British Islamist known as "Abu Haleema" said in a video that was uploaded to the Internet on December 10, 2019 that the Prophet Muhammad had praised one of...
4 hours ago
0 Comments 0 Favorites

James Roberts commented on cheeki kea's status
"I recall watching that video. The idea that an AR-15 is fired inside a building, especially in that…"
6 hours ago

"Oh yeah, I would love to go through those file cabinets. Alex Jones said his dad told him that the…"
6 hours ago

Central Scrutinizer commented on steve's blog post WARNING WARNING WARNING Making a transwahhhhhman
"was that the same FoD tape w/ with the asian restaurant that has on it's tables, 4 wooden…"
10 hours ago