People for the American Way, the Soros-funded group that got Alex Jones banned from internet platforms, was created to “defend constitutional values including free expression.”
There is NOTHING American about banning speech or silencing voices. Jared Holt is the fascist behind the movement to eliminate Infowars.
It won’t stop there. 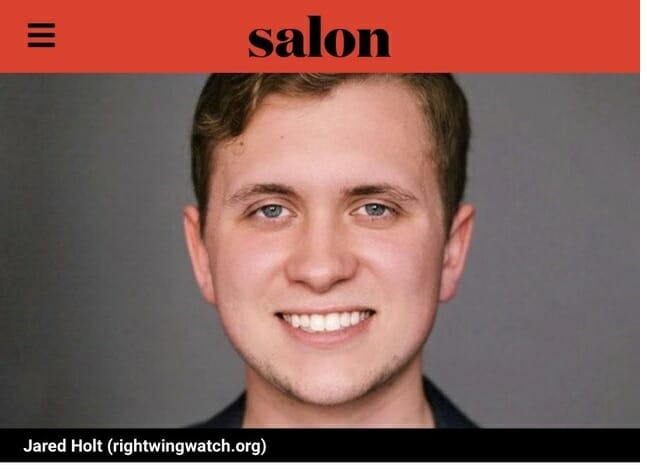 Right Wing Watch says on its “About Page” the Soros funded group is a project of People For the American Way (PFAW) dedicated to monitoring and exposing the activities and rhetoric of right-wing activists and organizations in order to expose their extreme agenda.

People for the American Way says it is a progressive advocacy organization founded to fight right-wing extremism and to “defend constitutional values including free expression.”
Isn’t that rich?

George Soros is a major donor for People for the American Way.

The timing isn’t random. In recent weeks, a group of progressive activists has dialed up efforts to pressure these distribution platforms to drop Infowars. That pressure, which comes at a time when court proceedings against Jones have finally begun in earnest, created the momentum that led to this decision. This has been mentioned in passing in much of the coverage, but these folks deserve much more credit and recognition for the work they’ve been doing in trying to fight right-wing disinformation campaigns.

Infowars is not alone.
The tech giants, especially Facebook, have been eliminating conservative content and shadow-banning conservative publishers since the 2016 election.

It’s time for Congress to step in and take action against these unconstitutional practices by the tech giants.

Real Life awakening testimonies always make me feel good. In this audio upload I read 5 letters from people in Europe & North America about how it is that th...
26 minutes ago
0 Comments 0 Favorites

Mr. Sizzle commented on Phyllis Maka's blog post BLOODY DORKS INTERFERING WITH SHOPPING CART PAGES ONLINE
"I’m not sure what you are referring to but I got this."
1 hour ago

Mr. Sizzle commented on Chris of the family Masters's blog post We Cannot Catch Viruses!
"The only virus that is prevalent is one that infects weak minds with ideas of anarchy and Marxist…"
1 hour ago

Take the fluoride, GMOs, Cell phone radiation and Covid vaccines!!! It's all good, we would never…See More
5 hours ago
0 Comments 0 Favorites