WASHINGTON — An unusual but overwhelming coalition in the House voted Wednesday to authorize the training and arming of Syrian rebels to confront the militant Islamic State, backing President Obama after he personally pleaded for support.

The 273-to-156 vote was over a narrow military measure with no money attached, but it took on outsize importance and was infused with drama, reflecting the tension and ambiguity of members wary of the ultimate path to which any war vote could lead.

There was rare unity between House Speaker John A. Boehner of Ohio and Representative Nancy Pelosi of California, the minority leader, who strongly backed the training legislation and sought to portray it as a modest measure. And the opposition included the equally unlikely pairings of antiwar Democrats and hawkish Republicans.

The Senate hopes to pass the legislation Thursday. 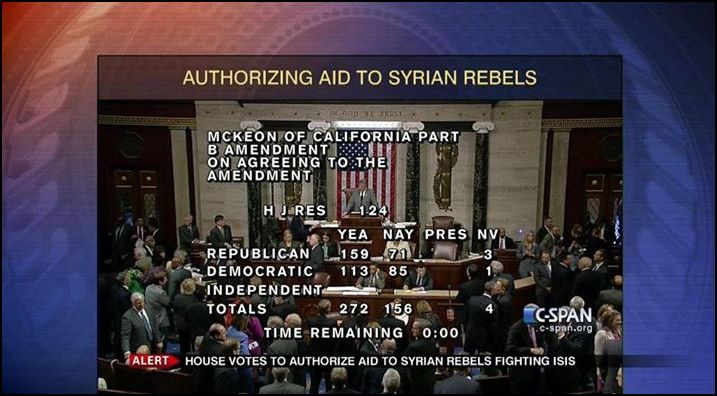 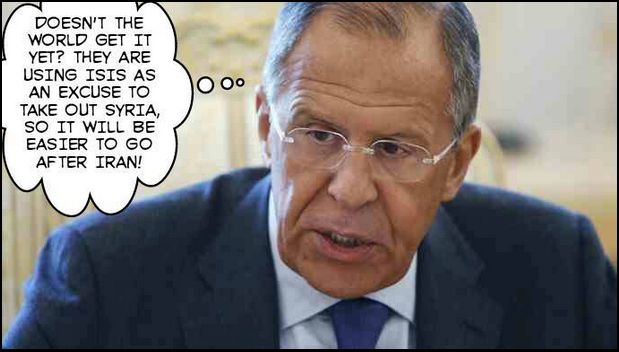 The Zionists control all the oil in the ME except for two countries: Syria and Iran. Assad won't play their reindeer games so they pay rebels, create ISIS, Al Qaeda, pay rebels, whatever they need to help them take down  leaders and get control of that oil. Just like they did in Libya and many others.

They will flatten Syria to get that oil, nearly have already. Many have warned the corrupt US State Department, Pentagon and NATO have been warned by Damascas and Russia that they will see this as aggression and face possible retaliation. They don't care if bombs rain down on us, as long as they achieve their agenda. Gonna be hell to pay....by us!

WASHINGTON (AP) — In the heat of an election campaign, Congress cleared the way for the U.S. military to train and equip Syrian rebels for a war against Islamic state militants on Thursday, reluctant ratification of a new strategy that President Barack Obama outlined scarcely a week ago.

The 78-22 Senate vote sent Obama legislation that also provides funding for the government after the end of the budget year on Sept. 30, eliminating any threat of a shutdown. The House approved the bill on Wednesday.

In an appearance at the White House soon after the vote, Obama said he was pleased that a majority of both Republicans and Democrats had supported the legislation. "I believe our nation is strongest when the president and Congress work together," he said. Noting the killing of two Americans by the Islamic State group, he said that "as Americans we do not give in to fear" and would not be put off by such brutal tactics.

Less Prone commented on Phyllis Maka's blog post Great Britain Outright Steals $2 Billion of Gold from Venezuela in Spite of COVID-19 Emergency Needs
"The European Union steals the gold of their members when they join. The Germans are trying to get…"
2 hours ago

Huh. Elks.... I never even knew they were racist. I think they're at least light brown, are they…See More
2 hours ago
3 Comments 0 Favorites

MAC favorited Phyllis Maka's blog post President Donald J Trump has quietly taken over the Federal Reserve Bank of the USA, in the last 2 weeks of March 2020
3 hours ago

chin woo is now a member of 12160 Social Network
3 hours ago
Welcome Them!