Treason has been variously described as ‘the most heinous of all crimes’, an offence of ‘unparalleled gravity’; and ‘the gravest crime in the whole calendar of crime’.

‘Treason . . . is the betrayal of a trust, and the current law holds this to be any revolutionary activities of a warlike nature. Until recently in Victoria treason was deemed serious enough to be distinguished from misdemeanors and felonies, and prior to 1973 it attracted the death penalty. It still does, despite the Australian political parties unlawfully trying to change the laws without any authority. 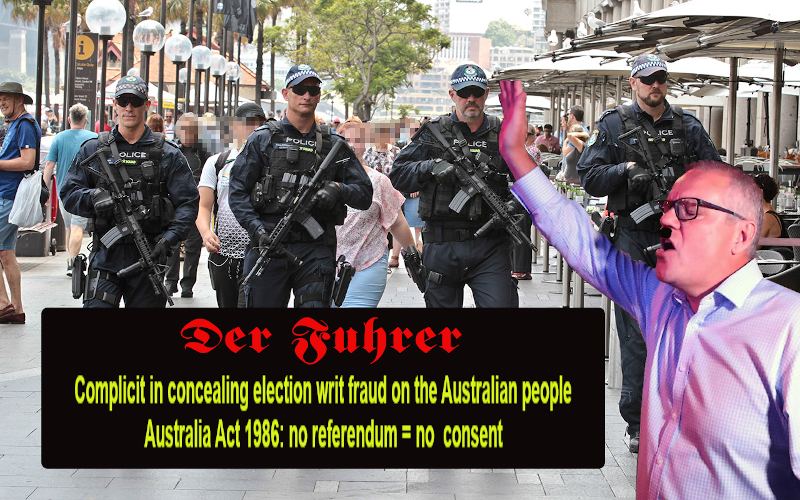 When Whitlam, one man and a member of the Commonwealth of Australia, took HM Queen Elizabeth II, Defender of the Faith, out of the Constitution he committed HIGH

No matter what the political parties have done since Whitlam removed the Queen from our laws in 1973 in an effort to pretend they are no longer liable to the death penalty, the Commonwealth of Australia Constitution Act 1901 consisting of its Preamble,

Clauses 1 to 9 and the Schedule.
Part V – Powers of the Parliament

is still in force as the Highest Law of the Land. Anyone acting outside the Constitution as we are seeing today is committing TREASON or MISPRISION OF TREASON!

The penalty for TREASON is still death

What is Misprision of Treason?

Misprision of treason is an offence found in many common law jurisdictions around the world, having been inherited from English law. It is committed by someone who knows a treason is being or is about to be committed but does not report it to a proper authority.

No Jab No pay is circumventing the Commonwealth of Australia Constitution Act 1901 consisting of its Preamble, Clauses 1 to 9 and the Schedule = Treason

Political Party governments have no authority to close borders

Constitution Section 92: Trade within the Commonwealth to be free

Political Parties shutting State borders have circumvented the Commonwealth of Australia Constitution Act 1901 consisting of its Preamble, Clauses 1 to 9 and the Schedule = Treason

Constitution Section 116: Commonwealth not to legislate in respect of religion

By not consolidating “humbly relying on the blessing of Almighty God” and removing the Church of England. Removing Common Law of England. Created Council of Australian Governments (COAG) with their Australian Courts, Federal and State Police all acting unlawfully and are evil.

This has removed everybody’s rights.

“The Christian religion is, in most English speaking countries, recognized as a part of the common law. “There is abundant authority for saying that Christianity is a part and parcel of the law of the land.””

Circumventing the Commonwealth of Australia Constitution Act 1901 consisting of its Preamble, Clauses 1 to 9 and the Schedule = Treason. 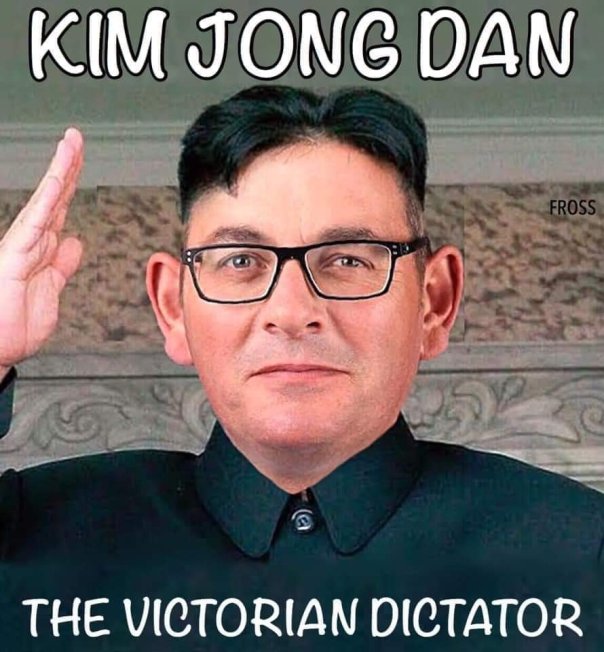 States locking down people and closing borders is discrimination and criminal

State Lock down has created discrimination between States, people and invented borders.

By the Treasonous Political Parties, not listening to the people all Councils of Australian Government (COAG) have enforced Treason upon themselves. 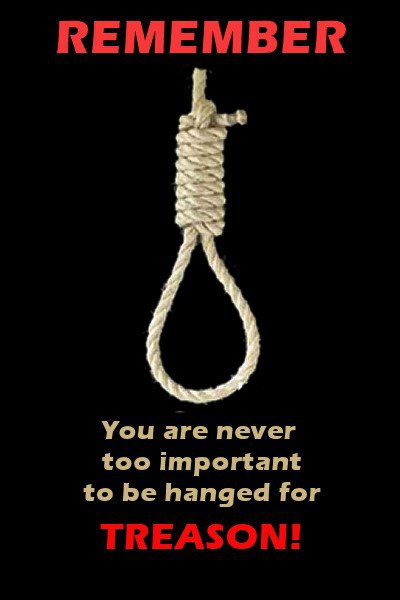 Every State and Federal politician , every mayor, every council CEO is GUILTY OF TREASON!

Every council worker complicit in levying unlawful fines for parking, not registering pets, the land tax called “rates” is complicit in and guilty of MISPRISION OF TREASON once they have been informed of their crimes and yet they continue to commit their crimes because they are “only following orders”.

Every policeman complicit in enforcing unlawful legislation and levying fines for speeding, or false arrest is guilty of MISPRISION OF TREASON once they have been informed of their crimes and yet they continue to commit their crimes because they are “only following orders”.

Our Duty as members of the Commonwealth of Australia

It is the duty of every member of the Commonwealth of Australia to arrest anyone they observe committing a crime, no matter what that crime may be.

The law that defines a citizen’s powers of arrest

The law that allows you, in appropriate circumstances, to make a citizen’s arrest, states:

You are legally required to inform the person why you have detained them, unless the suspect’s actions make it impractical to inform them.

Whenever possible, you should report wrongdoing to the police instead of taking action on your own. Police officers are equipped with the proper intervention tools and trained to deal with incidents which may escalate to become violent.

Can you use force to make a citizens arrest?

Making a citizen’s arrest without carefully considering the risk factors may have serious unintended consequences for you and others involved. In most cases, an arrest consists of either actually seizing or touching a person’s body in an effort to detain them. But if you consider all factors and decide it would be a danger to you, you may simply utter the words, “I hereby arrest you in the name of the law for committing the crime of [name the crime]”

You should, if possible, record the arrest, or have someone else witness and video the arrest.

Before deciding whether to make a citizen’s arrest, you should be aware of the Citizen’s Arrest Laws and consider the following:

If you do decide to make a citizen’s arrest, you should:

How much force can you use when making a citizens arrest?

Let’s say you are carrying a weapon and the person you observe committing a crime is also armed. You must tell the other person they are under arrest. If they resist or try to harm you in any way you may use a weapon to incapacitate the other person to the extent that they are no longer a threat to you.

However, if you have disabled that person and you continue to shoot, stab or inflict any futher harm on them, you could be charged with assault. Use only enough force to disable them, and to protect yourself from any harm.

WHAT YOU CAN DO – Establish a Sovereign Peoples’ Assembly

It is imperative that Australians gather in meetings to sign a Charter to Establish and Maintain a Sovereign Peoples’ Assembly. Click here to download a copy, print it out and then uipload it to the same page.

Under the Natural Law, also called Common Law, it is the Inalienable Right of the People as sovereign men and women to covenant into self-governing bodies to enact laws and provide for the safety and liberty of their families and communities.

Once a group of people sign a charter to establish a People’s Assembly, they can elect Sheriffs, and pass Bylaws for their community to safeguard themselves. Sheriffs can be ordered by the Assembly, and by Common Law Court directives, to arrest any criminal, especially those employed in any government position who are willfully breaking Common Law.

When the government no longer protects the rights and freedoms of the people, it is the duty of the people to protect themselves while standing under the law.

This one is the most important video ever released in internet history. This has to be listed…See More
2 hours ago
0 Comments 1 Favorite

Central Scrutinizer favorited Phyllis Maka's blog post Jim Stone - I got all the most important corruption videos processed and uploaded, these will stream from the voterig com server.
3 hours ago

Larry Flinchpaugh commented on Larry Flinchpaugh's blog post Pandemic Over Reaction
"This is hard to believe but if true, how do we stop this insanity?   Hopefully this is…"
13 hours ago