Student Suspended After Shooting Guns at Range with Mother 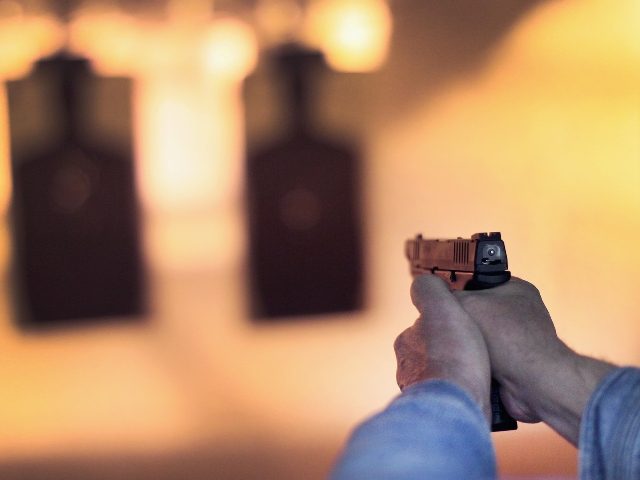 A Loveland, Colorado, junior was suspended from high school pending a police investigation after he went to a shooting range with his mother.

The caption on the video said, “Finna be lit.”

Weld County Sheriff Steve Ream spoke to the uproar over Nathan’s video, saying, “People base their apprehension on their own paradigm and their own fear of guns and gun culture. One kid is totally excited to go out and train on how to use a gun responsibly, while another kid is totally freaked out about seeing a gun.”

Sheriff Ream observes Nathan’s plight as a perfect example of the trouble that arises from putting laws in place where people can face punishment or have guns confiscated simply on accusations.

AWR Hawkins is an award-winning Second Amendment columnist for Breitbart News and the writer/curator of Down Range with AWR Hawkins, a weekly newsletter focused on all things Second Amendment, also for Breitbart News. He is the political analyst for Armed American Radio. Follow him on Twitter: @AWRHawkins. Reach him directly at awrhawkins@breitbart.com. Sign up to get Down Range at breitbart.com/downrange.

Chris of the family Masters favorited Phyllis Maka's blog post If Trump wins and the Democrats steal the Senate in 2020? the House will impeach and the Senate will convict
2 hours ago

cheeki kea commented on Phyllis Maka's blog post If Trump wins and the Democrats steal the Senate in 2020? the House will impeach and the Senate will convict
"All this will come to light sooner or later, and that's when we will see the parents blamed, -…"
3 hours ago

cheeki kea favorited Phyllis Maka's blog post If Trump wins and the Democrats steal the Senate in 2020? the House will impeach and the Senate will convict
6 hours ago

Mr. Sizzle commented on Doc Vega's blog post Converting America to the Global Government Tyranny!
"You’re a bit naive yet I commend your writing capabilities.  Historically when a…"
15 hours ago

"They was Kangs and sheeeit."
15 hours ago

cheeki kea favorited Aaron's blog post Unmasking The Mask Hoax – Bow Down Anyhow… Submit To All Unlawful Authority Or Else!
17 hours ago

Enjoy the videos and music you love, upload original content, and share it all with friends, family, and the world on YouTube.
20 hours ago
0 Comments 1 Favorite