The 1918 “Spanish Flu”: Only The Vaccinated Died

This blog is not an Anti-Vaccine commentary. I wish to encourage readers to carefully read the documentation, do their due diligence, and NOT blindly accept what we are being told.

Would you be surprised or concerned to learn that the 1918 “Spanish Flu” had nothing to do with Spain and might not have been a flu at all? Well, hang on tight, you are in for a rough ride!

What History Tells Us About The 1918 “Spanish Flu” 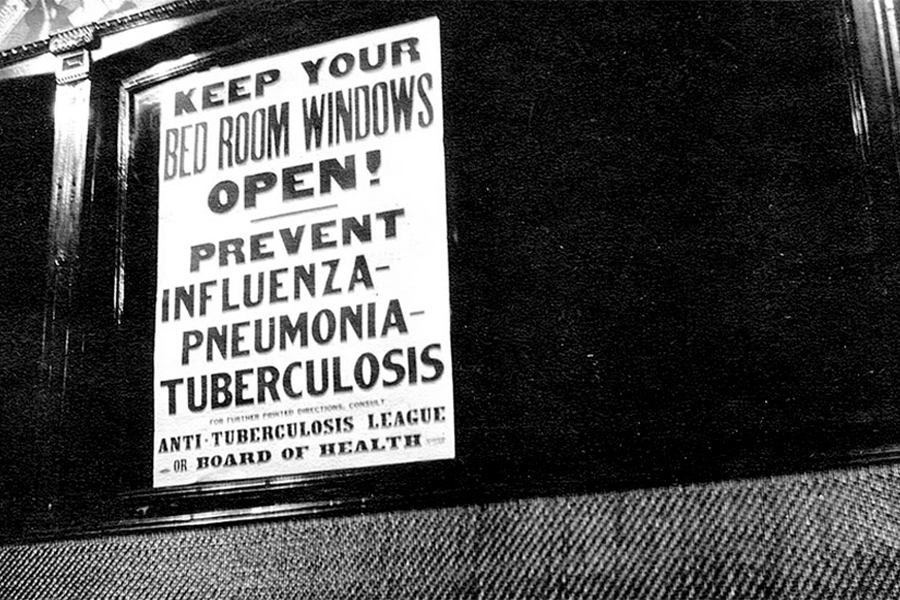 History tells us that the 1918 Spanish Flu killed between 50 – 100 million people. At the time, medical and pharmaceutical sources described it as THE MOST horrific disease process since the Black Plague of 1347, which killed an estimated 25-30 million people.

Vaccination: “The Elephant in the Room” 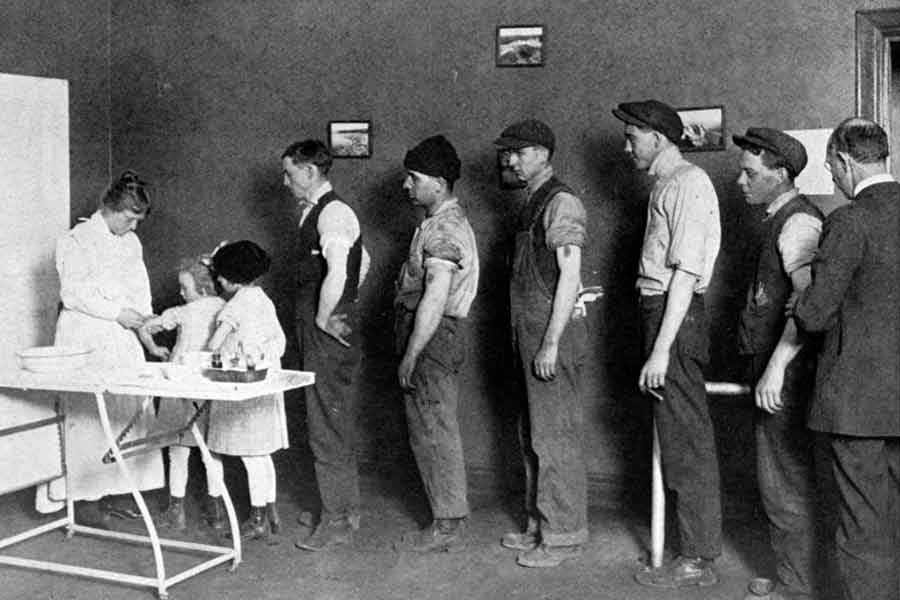 In the book, Vaccination Condemned, by Eleanor McBean, PhD, N.D., the author describes, in detail, personal and family experiences during the 1918 “Spanish Flu” pandemic.

McBean’s coverage of the 1918 “Spanish Flu”, as a reporter and an unvaccinated survivor, requires that the historical basis of the event needs to be revisited, not as a “conspiracy theory” but with evidence that will “set your hair on fire”.

A few years ago, I came across another book by Eleanor McBean: “Vaccination…The Silent Killer”. McBean provides evidence that not only were the historical events of the 1918 “Spanish Flu” compromised, but also those of the Polio and Swine Flu epidemics. 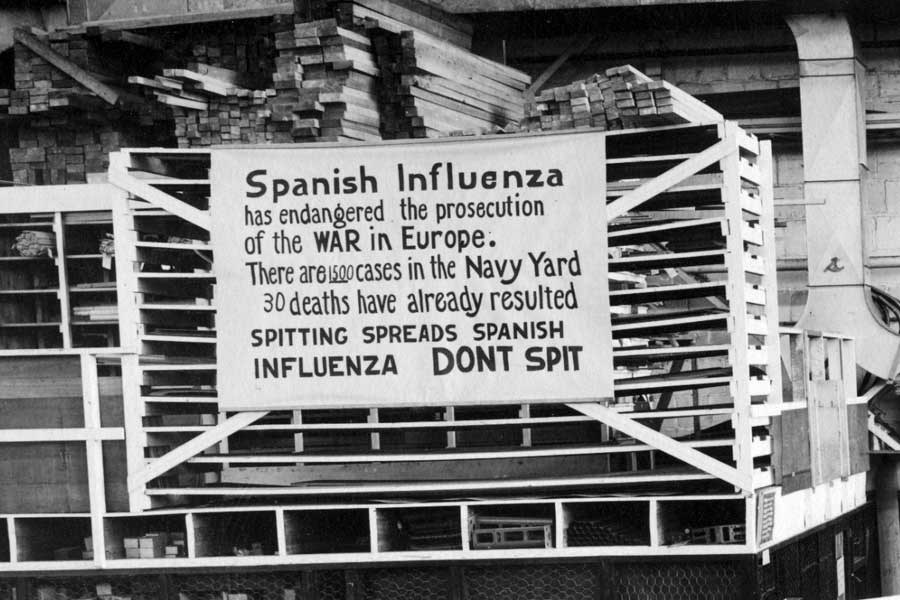 Spain was neutral during WW1 and did NOT censor its press, unlike the combatting countries. As a result, Spain was the first to report the 1918 Flu epidemic and the world “scapegoated” Spain as the source. Thus, the “Spanish Flu” is born. 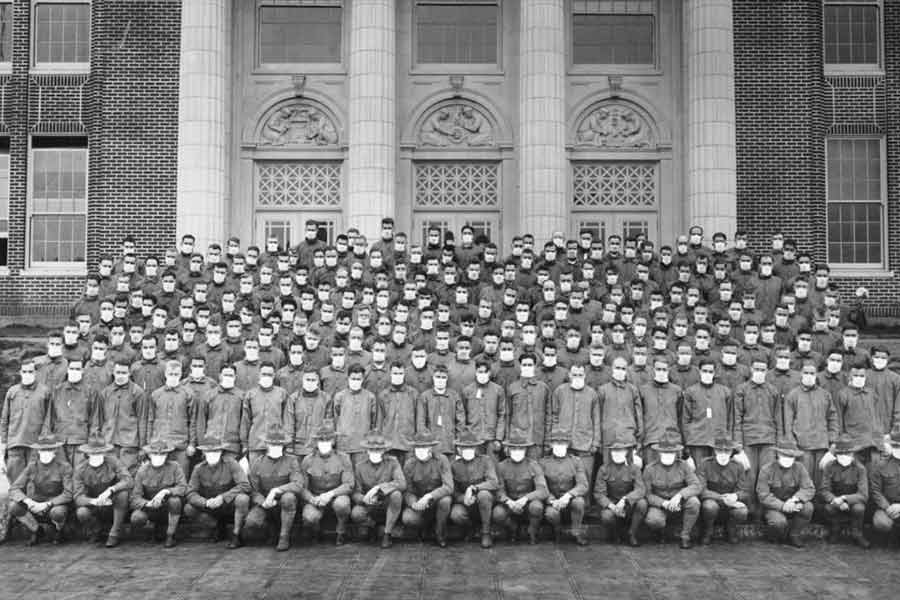 The fledgling pharmaceutical industry, sponsored by the ‘Rockefeller Institute for Medical Research’, had something they never had before – a large supply of human test subjects. Supplied by the U.S. military’s first draft, the test pool of subjects ballooned to over 6 million men.
CLICK HERE for more details. 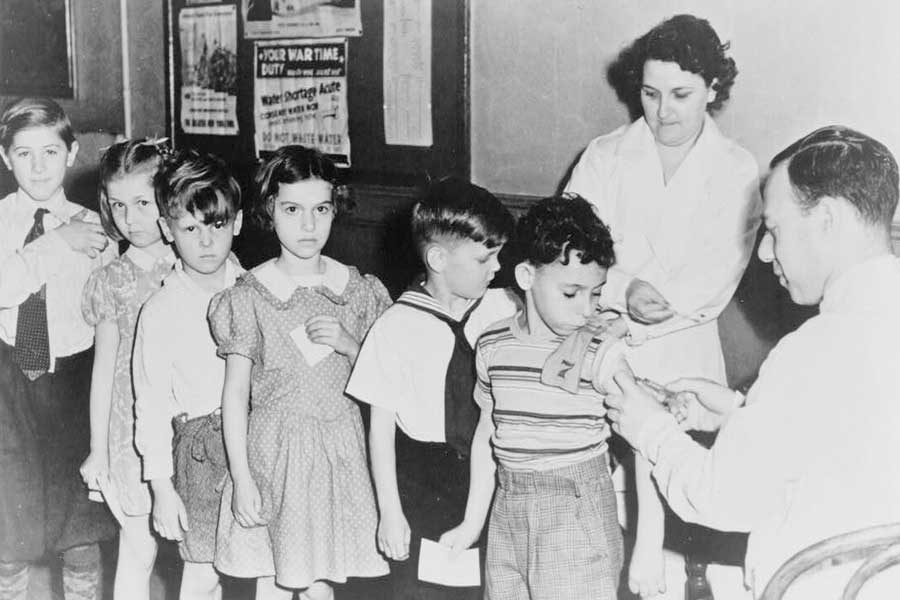 Autopsies after the war proved that the 1918 flu was NOT a “FLU” at all. It was caused by random dosages of an experimental ‘bacterial meningitis vaccine’, which to this day, mimics flu-like symptoms. The massive, multiple assaults with additional vaccines on the unprepared immune systems of soldiers and civilians created a “killing field”.  Those that were not vaccinated were not affected.

So… How did Civilians Die? 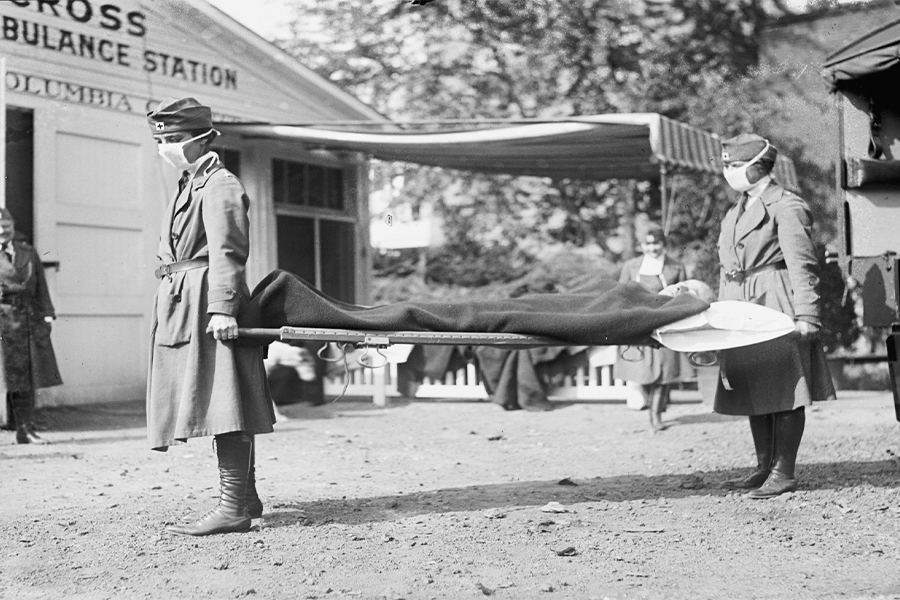 “Seven men dropped dead in a doctor’s office after being vaccinated. Letters were sent to their families that they had been killed in action.”

WW1 U.S. soldiers were given 14 – 25 untested, experimental vaccines within days of each other, which triggered intensified cases of ALL the diseases at once.  The doctors called it a new disease and proceeded to suppress the s....

Deception and Secrecy Have a Long History 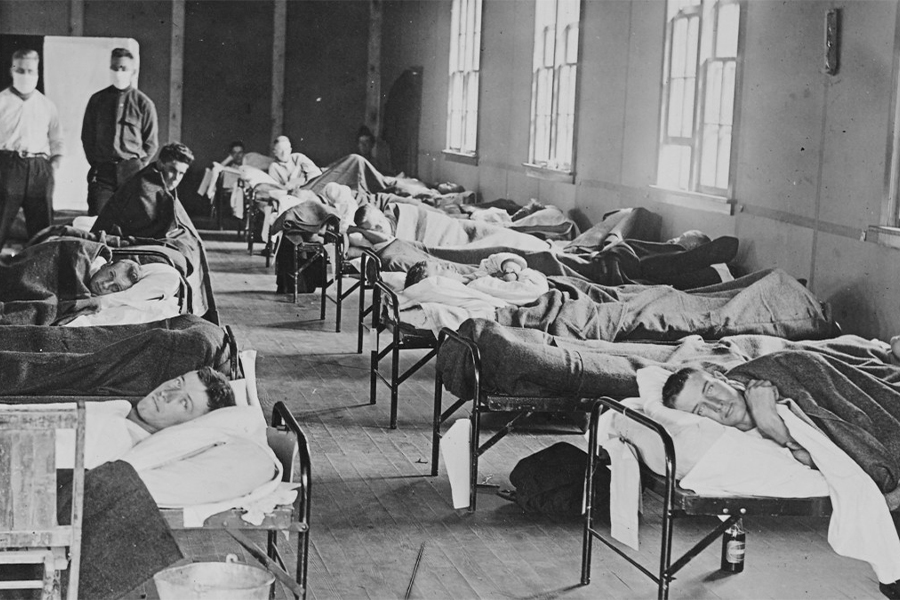 In the examples given in my previous blog “COVID 19: Another Chapter in the History of Deception and Secrecy”, history is replete with intentional lies told to the public to either “save face” or to deceive for nefarious purposes. The 1918 “Spanish Flu” was no exception.

Back to COVID-19: The Ferguson Models are False and Misleading British scientist and Professor Neil Ferguson of The Imperial College, London (the same Imperial College of London funded by the Bill Gates Foundation) was responsible for developing the mathematical pandemic computer models for the COVID-19 pandemic.

The world followed Ferguson’s advice, yet all his models have been proven to be grossly over stated and misle...

*These mathematical computer models are the basis for vaccine production…..hmmmm!
https://www.ncbi.nlm.nih.gov/pmc/articles/PMC3178755/ 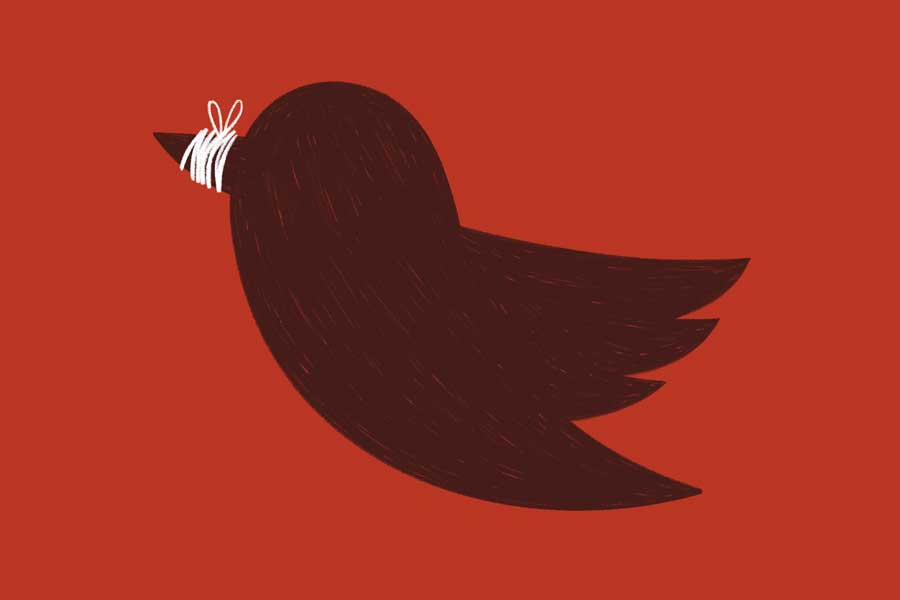 The media, Facebook, Google, YouTube, and other “privately” owned communications outlets have become the self-proclaimed “guardians” (censors) of information.

On April 26, 2020, Twitter suspended the account of a publicly traded biotech company for sharing information about a non-medicinal UV light therapy for COVID-19. YouTube also removed a video demonstrating how the technology works.

“(YouTube) will ban videos that contradict W.H.O. guidance on the pandemic or share fake or unproven Coronavirus remedies.”

The Pharmaceutical Industry Owns and Controls the Medical Profession 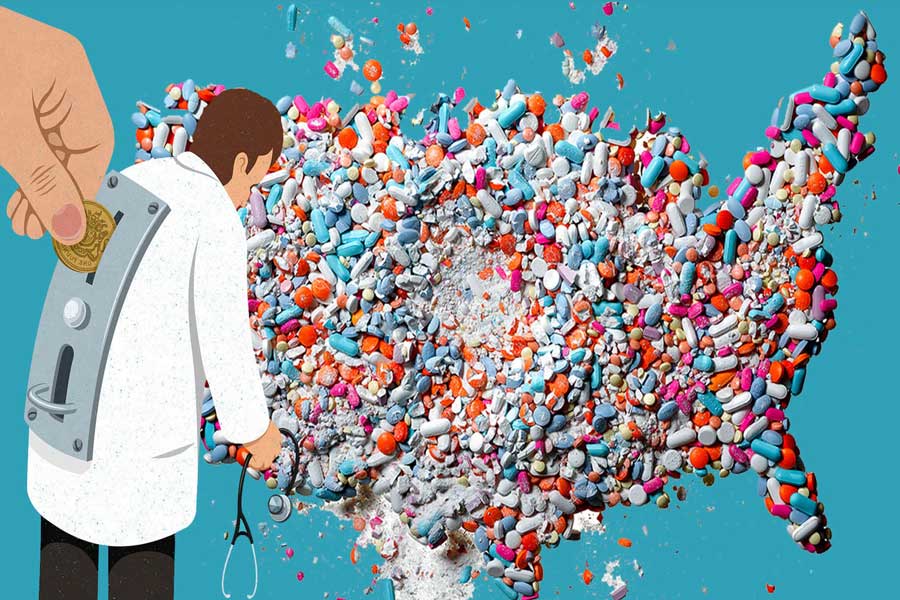 “Fact Checking” is often provided by paid writers from the pharmaceutical companies and not from verified, independent sources.

Infectious Disease Levels were Dropping BEFORE Vaccines Entered the Picture

The sample graphs above show that infectious diseases like Measles, Whooping Cough, Diphtheria, Typhoid Fever and Polio, were all at their lowest levels and dropping, BEFORE the vaccines were introduced.

The 1918 “Spanish Flu” held sinister secrets for 100 years.  Based on my previous blog: “COVID 19: Another Chapter in the History of Deception and Secrecy”, will we learn that the world-changing protocols from COVID-19 may also contain hidden secrets? 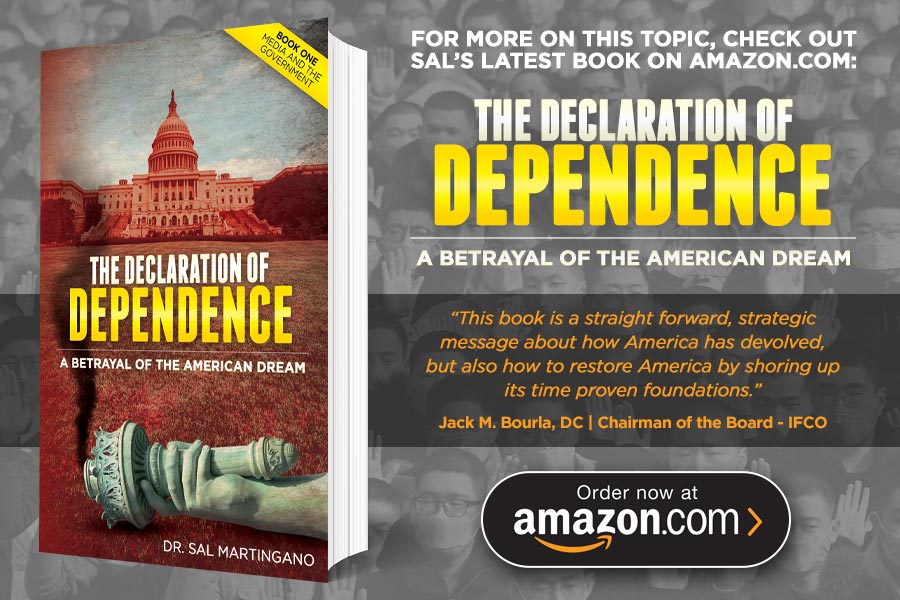 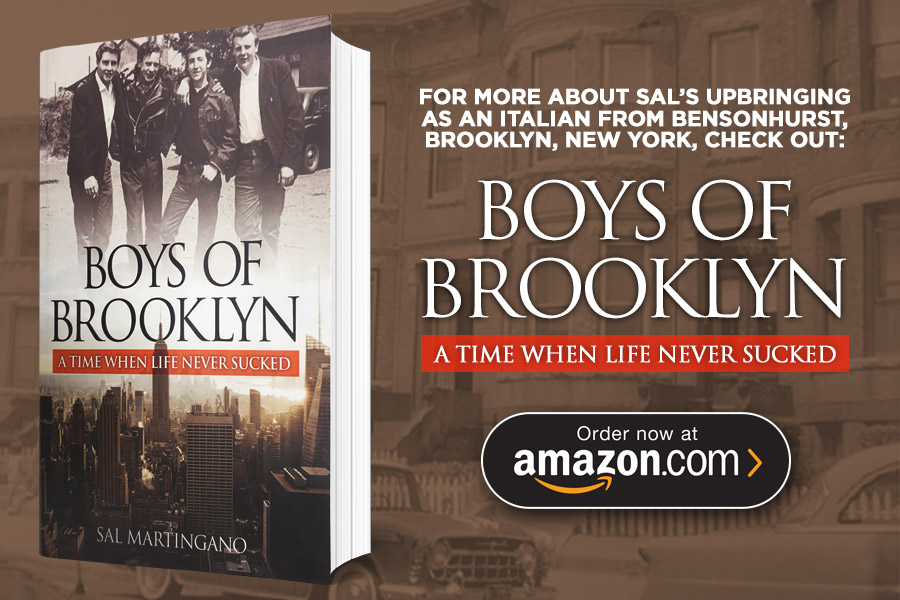 Chris of the family Masters favorited Phyllis Maka's blog post The Brits are waking up to the CORONAhoax as a means to Orwellian tyranny. (Video)
57 minutes ago