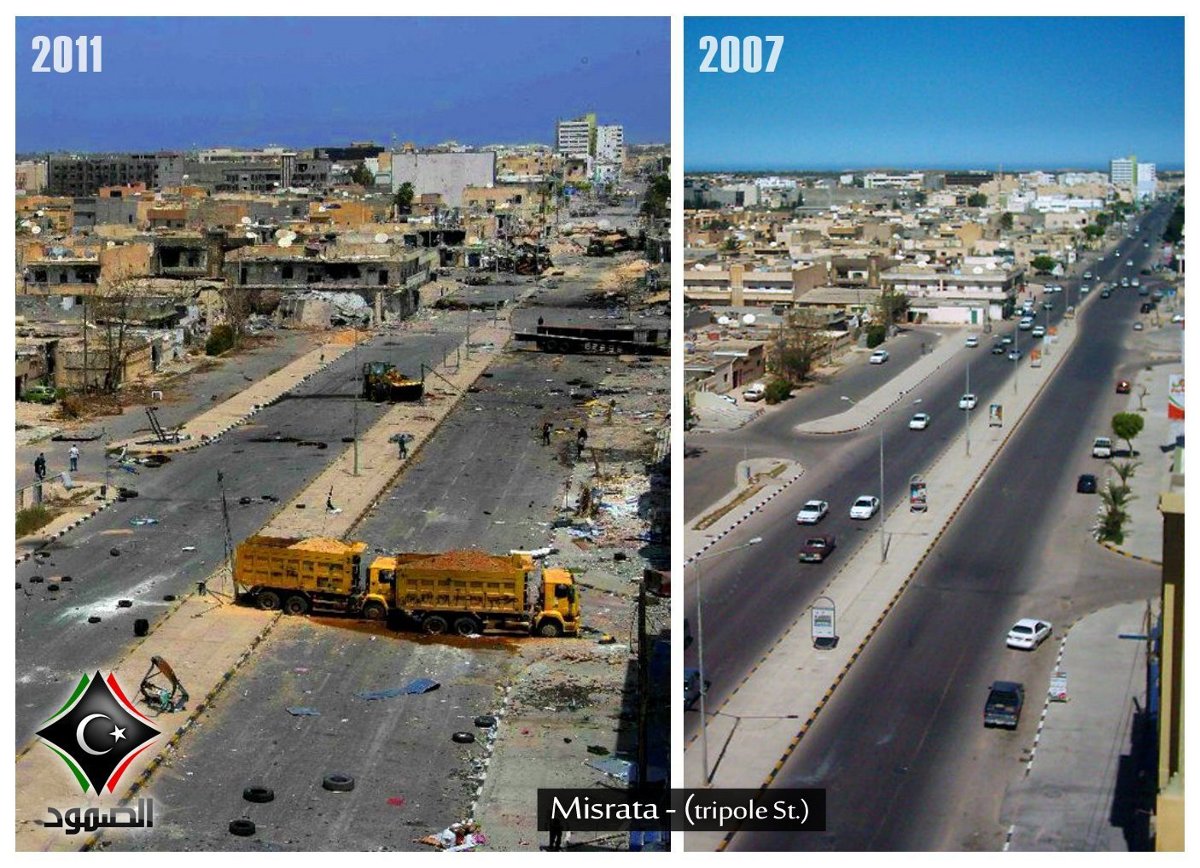 Libya continues in chaos. This is how Freedom and democracy (TM) works.…Continue

Cynthia McKinney Global Research January 14, 2012It is with great disappointment that I receive the news from…Continue

You need to be a member of LIBYA NEWS to add comments!

Moammar Gaddafi albeit becoming a billionaire living in a tent, was not a bad leader. Dirt cheap gasoline, electricity for free, free farming land, helping out married couples, huge boost in literacy, water pipeline project, and what else ... unfortunately he has been killed by the usury mafia. CBK, where is your resurrected hero?

Facebook, by the way, is a CIA controlled data collection project.

Comment by Christella Bernardene Krebs on November 9, 2015 at 5:52am
SOON EVERYONE WILL KNOW !
For Omaaaaaaanh Mnicoowoowoowol
Urgent exclusive news leaked.
After that the team that America's mission to Misrata specifically returned to "make sure that it was actually the burial of Muammar al-Qathafi", when DNA analysis turned out to be that the man who died was not Mu'ammar al-Qathafi.
the God Halbr true and reliable source
And it will Ttacdo.

PUTIN TOLD BASHAR ASSAD that Mu'ammar lives and met with him.

26 octobre, 00:58 ·
Transported
Information is very, very special and our sources
al-Qathafi IS alive....

which will lead the battle to liberate Libya will
Russia Btzlaha ...

and what I think was able Assad of conversation commander
Telephone .......

Rest assured that the information is correct Mer in Mieh.

26 octobre, 18:36 ·
We know it is a source close personally and honest and we know it because he is my neighbor?
The leader Ola alive and crawling internationalist coming holy name before
Enter the new year
Mafia and nights around the world led by Rossi asked for $ 10 billion
To sacrifice the person of the leader instead of leader and graduated from Tripoli and the person Hedda ...

Humaid named Eboumnyar cousin leader was substantially similar to
Saluting the Mafia to send Prime al-Stranj At the same time the largest surgeon
Facelift in the world to conduct cosmetic surgery to Dahr Humaid son
Uncle of the leader like a leader himself, as is evident in the game if al-Stranj
Trkazho little Rah Tarafo Tguetnao and that he is not a leader:
The intention of the game is the same al-Strj Madl leader in the MAJLIS al-Nuwaab speech.

There steadfast creep inside you know Him, a Kabyle was Mksmha
In al-Stranj played by Ola Enlarge this topic JSK Kabylie there really steadfast.

Tall metal castle and the Knights of Kabylie Kabylie and small metal Minister in Kabylie.
Mattel population of soldiers crept in and attack the enemy until you finish Ola exit.

Once again a leader in checks on creep nights I Ancodh a Checkmate
February ended the game or the departure of our Leader.

Incredible Basedk nights and nights Amikdb Braanh Bs right leader Lord neighborhood
And hard to see the heart of the table Ola West, Turkey and the United States make up the Arabs
Tip and Libya lead the world and the end of the Arab rulers traitors proverb nights home
Glass does not survive pry stones
And Ardjao for Srtin leader with Bashar al-Assad in order to Tarafo Lada There are similar or not in shape, height and hair and skin.

For your information leader Bashar al-Assad was knowing that the leader Nawi turns them Ola.
West and cut it like evidence said in a previous interview that there is a surprise to supporters.

'Eachoa Humaid' died in Germany and unsure of my information, but one hundred percent. How much is still on the end of the year two months Lotto Ancovo ?

If in the end he says hear from unexpected.
---

Adel al-Wrflay, tells us:
Muammar al-Qathafi, Khamis and Mutassim: all of them sitting me alive.... Raji oil Legge of Gharyan Hahahahahahahaha

"If people do not want war , and if the people want peace , but the war is still flashing , move the army killed the children , where is democracy ? Are people who do not want war , not the 'Majlis al-Nuwaab' ?! if the deputies represent the people , not a protest against the war and support for the government , they are not . so each office - is a scam . therefore, this proved that a deputy does not represent the people. The deputies did not act on behalf of the people , and this prove it . " 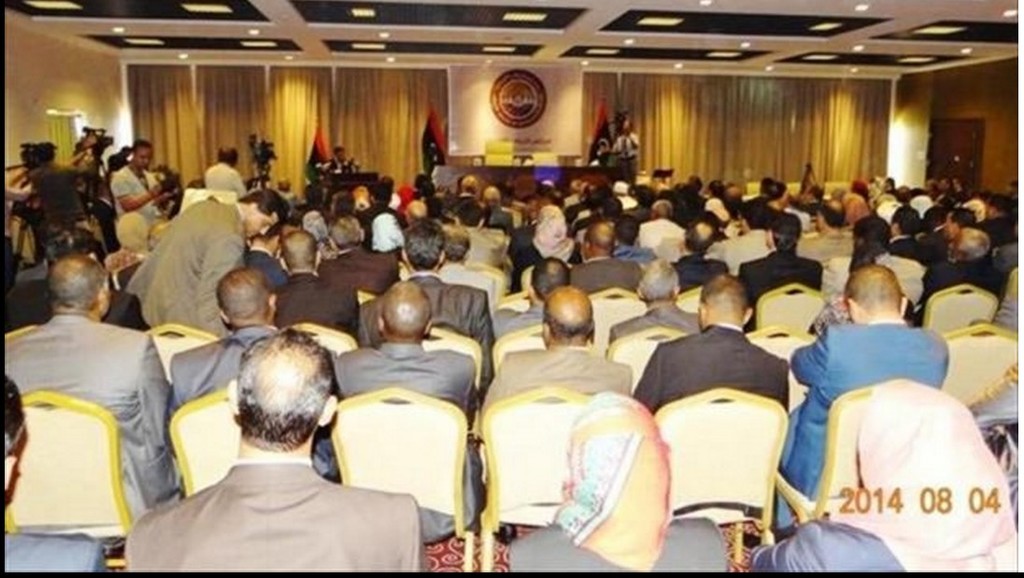 Tktihy (fake/false) withdrawal of "Mohammed al-Anaas" 'drowsiness' (محمد _النعاس, the military expert for 'Roma Libya'). Then came the entry of the tribal army, 'PDF', and the 'revolutionary committees' that were protecting our Supreme Commander and Leader Mu'ammar al-Qathafi, within more than one city in the Western Region. But, we were ambushed by rebels 'Dawn Libya', who dragged some of us into the cities, in order to enter 'Wattaya base' through the back gate. [unsuccessfully, I add]

small bit of corrections from the post of Mustafa Colhan:

The city is al-AZIZIA (in the GREEN NAFUSA WESTERN MOUNTAINS). It is NOT 'bab al-AZIZIYA' (which was Mu'ammar's home 'compound' in TRIPOLI). 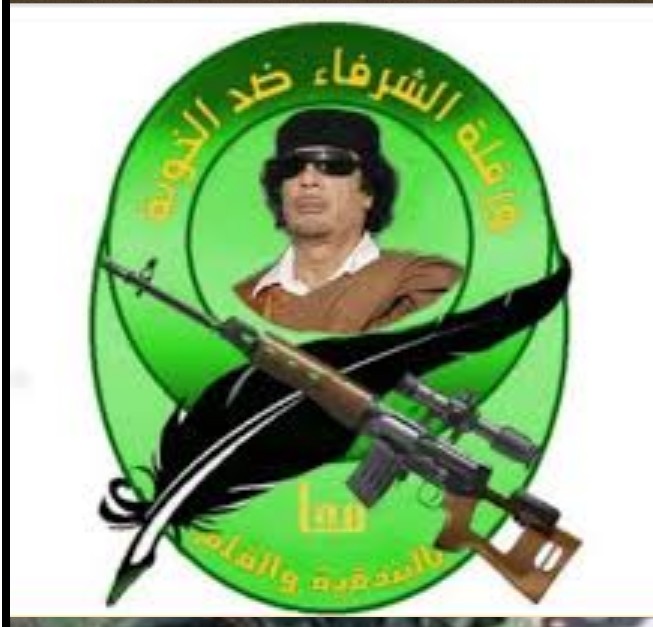 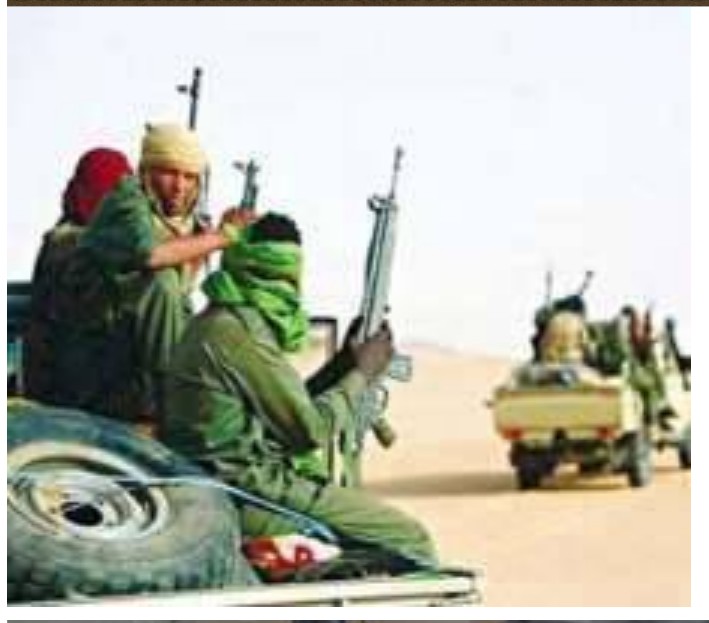 The so-called 'National Movement' denies the Great Jamahiriya and desires a Republic with a President !(and is a con-claboration, as well,  of many different 'species'---many of which ARE NOT EVEN LIBYAN) and palied with the late trouble-maker Mahmoud Jabril, and denies the LIVING 'martyr' is struggling and very much ALIVE.

Mu'ammar al-Qathafi respects Tobruk, and hopes that the 'Majlis al-Nuwaab' will relinquish its authority back to the people themselves, before Bernardino Léon and his 'Muslim' Brotherhood buddies get their way with another puppet-Western Co-alition (so-called 'government') REGIME. Khamis is working with the Libyan Army out of WATTAYA. (There is a video to prove this as well.) Saif is NOT a prisoner, was  recently again on ZINTAN-TV; and he does NOT want anything to do with a 'Presidency' in Libya (which goes contrary to all that Mu'ammar al-Qathafi teaches us---no 'Constutuion and no political 'parties')..the Law being the Holy Qur'an in its purity... without any add-ons as the HADITH or any thing man-made from WAHHABI ULAMI). The people should be doing all things through 'People's Committees and 'Popular Congresses'. 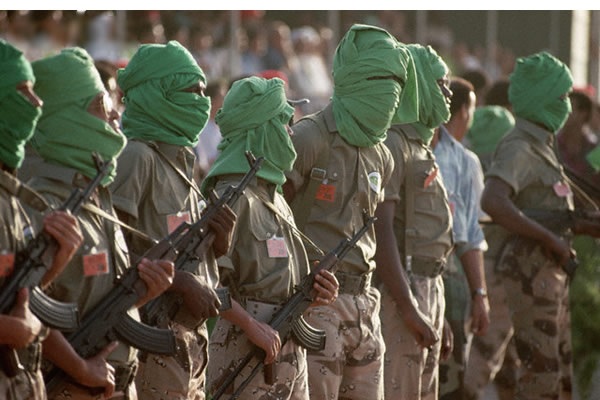 After the fall of the Libyan Arab Jamahiriya to NATO backed terrorists most members of government under Gaddafi were exiled or persecuted. In 2012, they organized to form the Libyan Popular National Movement (LPNM). This political party embodied the core principles outlined by Gaddafi in his Green Book.

The military wing of the LPNM is the Green Resistance. This group has long been overlooked by both factions of the Libyan "Government" who are currently in a civil war with each other. However unfortunately for them it seems that the Green Resistance have organized and are a far greater threat to the NATO puppets now.

The Green Resistance holds a great deal of territory in the west of the country and with the capture of the strategic port city of Bab al Azizia they are now within striking range of Tripoli. This alongside pro Gaddafi protests all across the country as well as great discontent with the governance of the new "government" will ultimately lead to their demise and to the reestablishment of the Libyan Arab Jamahiriya.

“You all you live better than Muammar al-Qathafi:

he eats and sleeps a little bit and Ishqy much.”

"I remember the asbestos scandal james hardie and their bs and lies until they had to pay out 1.6…"
2 hours ago

cheeki kea commented on Phyllis Maka's blog post BLOODY DORKS INTERFERING WITH SHOPPING CART PAGES ONLINE
"I hope the internet spies do all go to jail soon, the sooner the better. At least with the border…"
3 hours ago

Real Life awakening testimonies always make me feel good. In this audio upload I read 5 letters from people in Europe & North America about how it is that th...
11 hours ago
0 Comments 0 Favorites