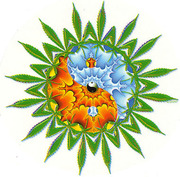 User or not, Marijuana prohibition is and has been hurting our economy and environment. Join, learn and educate others.

HONOLULU (AP) - A bill that would have legalized marijuana in Hawaii has died in the state House.

House judiciary committee Chairman Karl Rhoads said Tuesday that he decided to kill the bill after learning from House leadership that the initiative does not have enough votes to pass the House. 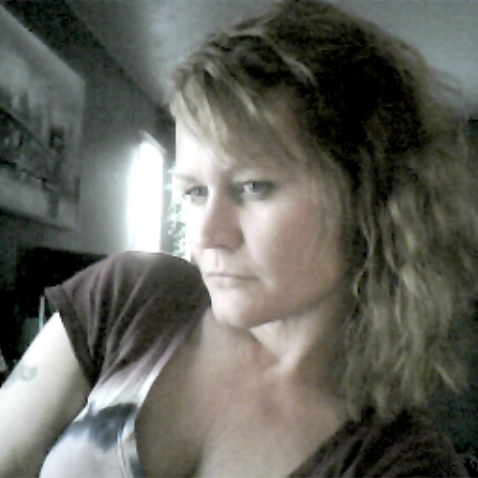 Yes Virginia, There is a Sativa Clause

SMART TECH TO TAKE OVER THE CANNABIS SECTOR

5 Cannabis Strains You Should Be Excited About in 2018

Legal weed is getting cheaper, fast

You need to be a member of Marijuana- "Its not just for getting stoned anymore" to add comments!

Comment by Fred Black on July 3, 2009 at 6:07am
I stopped smoking pot over one year ago due to health problems which are hereditary and a result of heavy cigarette smoking but to which marijuana was exacerbating conditions. I smoked for 25 years and like the great Bill Hicks said:

No doubt members of this group are already aware of the info that follows but I thought it might be interesting to visitors.

There is absolutely no good reason for the prohibition of marijuana, apart from the fact that keeping it illegal secures unimaginably huge incomes for drug cartels and other organized crime identities. Statistically alcohol and tobacco, both legal drugs, contribute significantly to the leading causes of death within Western society, whereas it’s very difficult to find any noted deaths attributed to cannabis, and yet it remains a crime to posses it.

Again referencing Bill Hicks on “Just so no to drugs” commercials, he noted they are often followed by a commercial for Bud or some other alcoholic beverage company. “It’s ok to drink your drugs, we meant those other drugs, those un-taxed drugs”.

Both marijuana and hemp have been used for thousands of years. What is the difference? Smoking hemp will not get you high no matter how hard you try; it has next to no Tetra-hydro-cannabinol (THC), the psychoactive ingredient that produces the pleasurable effects derived in smoking marijuana.

Prior to the Industrial Revolution, most rope, canvas and paper products were all made from hemp. For a short time, tree-pulp papermaking and synthetic fiber production became more cost-effective than using hemp.

However in the early 1930's, the hemp decorticator machine revolutionized the harvesting of hemp and promised to reduce the cost of producing hemp-pulp paper to less than half the cost of tree-pulp paper. Hemp, a renewable resource, requires minimal chemical treatment to process as apposed to the sulphuric acid wood-pulping process.

William Randolph Hearst, media mogul billionaire and huge timber acreage owner with massive paper-mill holdings, was not impressed. Hearst cleverly utilized his immense national network of newspapers and magazines to spread wildly inaccurate and sensational stories of the evils of cannabis. The infamous “reefer madness” campaigns from this era are now an amusing source of entertainment.

Hearst was not alone in his scheme to destroy hemp production. The new techniques also made hemp a viable option for fabric and plastics, two areas of manufacturing which together with paper seriously threatened DuPont chemicals, which at this time specialized in the chemical manufacturing of synthetic fiber and plastics, and the process of pulping paper.

In fact, Hearst and Lammont DuPont had a multi-million dollar deal in the works for joint paper making. So these two moguls, together with DuPont's banker, Andrew Mellon, bravely joined forces to stave off the bitter onrush of bankruptcy.

They combined Hearst's yellow journalism campaign (so called because the paper developed through his and DuPont's methods aged prematurely) and the appointment of Mellon's nephew-in-law, Harry J. Anslinger, to Commissioner of the newly created Federal Bureau of Narcotics in order to successfully stamp out the threat of hemp production.

World War 11 brought a temporary reprieve in the anti marijuana propaganda in the US.

Hemp for Victory – A presentation by the US Dept of Agriculture, encouraged farmers to cultivate hemp for the war effort.


This direction was short lived, post war America saw a return to demonizing hemp and smoking quality marijuana, as if they were both the same product. Harry Anslinger successfully lobbied President Eisenhower to pass the Narcotic Control Act of 1956, which put marijuana in the same category as heroine and made it subject to the same penalties.

In 1976 Jimmy Carter campaigned for the Presidency stating he favoured the decriminalisation of marijuana. AS President in 1977, he announced support for a change in law to end federal criminal penalties for the possession of up to 1 ounce of marijuana. However, in what was surely coincidental, Carter’s chief drug policy adviser was caught snorting cocaine in what was named the “Quaalude Affair”. Carter could no longer appear to be soft on drugs and his proposal to decriminalise marijuana died in Congress.

Comment by Just Another Mama on July 2, 2009 at 11:21pm
I do agree it is God's gift for our health. It really pisses me off that we are being kept from the benefits because of greed.

Comment by Just Another Mama on July 2, 2009 at 12:39pm
Regardless of what my kids would tell anyone, I am not a stoner. Not saying I haven't ever smoked. I would have a hard time coming up with 10 occasions! Would I smoke if it were legal? Probably not. (Drinking is legal and I don't drink). I do believe that marijuana is beneficial to health. I do believe it has been banned by the government because there would not be much need for doctors or drug companies.

Comment by peter b dunn on June 27, 2009 at 8:58pm
agreement I use THC to assist with my pain relief re my left foot crush injury but my son thinks i smoke it for pleasure wait till he get old enough to suffer from arthritus and associated aches and pains when her gets older. My uncle died from smoking Menthole COOL ciggys (cancer) and he was against smoking pot because of his brainwashing from our local church........ I have a copy of woody harrelsons war on pot can upload if any 1 wants to view or havnt seen it .. if my uncle bob had of toked up a bit his longevity may have been increased. SHAME all of its wonderful uses .....

"I got Slapped Upside the Head for sharing your post!"
2 hours ago

Guardian of Scotland commented on Aaron's blog post Unmasking The Mask Hoax – Bow Down Anyhow… Submit To All Unlawful Authority Or Else!
"I do not trust anything the CDC has to say about anything. I would like to see exactly where on the…"
5 hours ago

Phyllis Maka commented on Phyllis Maka's blog post If Trump wins and the Democrats steal the Senate in 2020? the House will impeach and the Senate will convict
"We are here now being awakened to do the job of clearing out this 'muckety muck of all…"
5 hours ago

Chris of the family Masters favorited Phyllis Maka's blog post If Trump wins and the Democrats steal the Senate in 2020? the House will impeach and the Senate will convict
8 hours ago

cheeki kea commented on Phyllis Maka's blog post If Trump wins and the Democrats steal the Senate in 2020? the House will impeach and the Senate will convict
"All this will come to light sooner or later, and that's when we will see the parents blamed, -…"
10 hours ago

cheeki kea favorited Phyllis Maka's blog post If Trump wins and the Democrats steal the Senate in 2020? the House will impeach and the Senate will convict
13 hours ago

Mr. Sizzle commented on Doc Vega's blog post Converting America to the Global Government Tyranny!
"You’re a bit naive yet I commend your writing capabilities.  Historically when a…"
21 hours ago