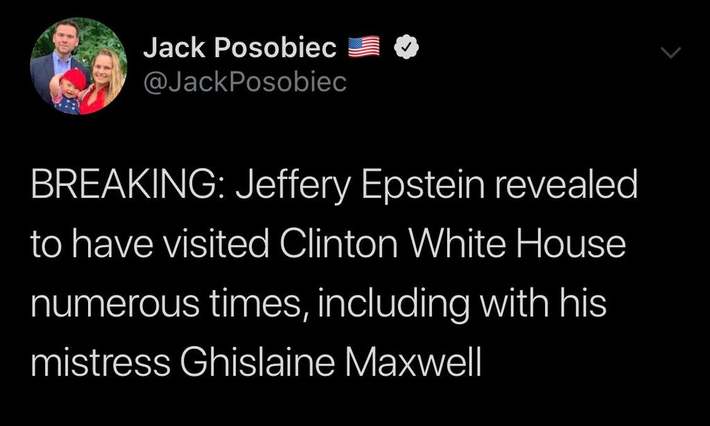 Comment by Boris on July 24, 2019 at 7:48pm
after Jeffrey Epstein’s arrest on sex-trafficking charges in New York, Bill Clinton distanced himself from the high-flying financier and convicted sex offender. The former president owned up to just six encounters with Epstein, starting in 2002: Four flights on the billionaire’s private jet, a single trip to his Harlem office, and one “brief visit” to his New York apartment, all with staff and security detail in tow.
Now, a Daily Beast investigation has uncovered ties between Epstein and the Clinton administration that date back to the president’s earliest days in the White House, casting doubt on the oft-circulated narrative that the two only began associating after Clinton left office.
As early as 1993, records show, Epstein donated $10,000 to the White House Historical Association and attended a donors’ reception hosted by Bill and Hillary Clinton. Around the same time, according to a source familiar with the connection, Epstein visited presidential aide Mark Middleton several times at The White House. Two years later, businesswoman Lynn Forester de Rothschild wrote a personal letter to Clinton thanking him for their talk about the financier.
“President Clinton knows nothing about the terrible crimes Jeffrey Epstein pleaded guilty to in Florida some years ago, or those with which he has been recently charged in New York,” Clinton’s spokesperson, Angel Ureña, told The Daily Beast. “Any suggestion to the contrary, is both factually inaccurate and irresponsible.”
Representatives for Epstein, de Rothschild and Middleton did not respond to multiple requests for comment.

cheeki kea replied to MAC's discussion ARMED CIVILIANS FIGHTING BACK as Leftists Call to DEFUND POLICE!!!
"24 hours after beating old white man to the ground.pushed down and left to bleed on the pavement by…"
2 hours ago

cheeki kea replied to MAC's discussion ARMED CIVILIANS FIGHTING BACK as Leftists Call to DEFUND POLICE!!!
"Your right Doc V. Not only do Americans need to protect themselves from looters but also from the…"
2 hours ago

Doc Vega commented on Chris of the family Masters's blog post The Germ Theory: A Deadly Fallacy
"The medical establishment favors vaccines with questionable components that qualify as poisonous to…"
3 hours ago

"I don't recognize any of those assholes lol"
6 hours ago

Spoiler: As luck would have it, paper or thin poster boards (the glossier the better), protect better than a wide range of acoustic shields that I've tested....
9 hours ago
0 Comments 0 Favorites

Interview with Dr. Aajonus Vonderplanitz https://youtu.be/mVP9HqV8yoY We live in a world of lies pushed on us by the upper levels of the world controllers. I...
12 hours ago
0 Comments 0 Favorites

Chris of the family Masters posted discussions
15 hours ago

Mr. Sizzle commented on Boris's page 12160 Administrators
"I’m not able to log out or post anything. Any advice?"
15 hours ago