If the left is so worried about foreign influence in our elections, why are they paying a Venezuelan company to $242 million to build a voting system in the largest democratic voting jurisdiction in the US? 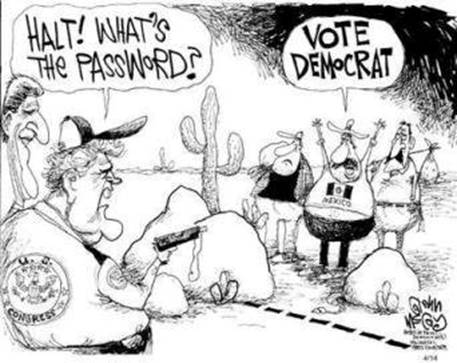 Los Angeles — Secretary of State candidate Mark Meuser is questioning the decision by the Los Angeles County Board of Supervisors for approving a controversial voting system that is slated to cost taxpayers upwards of $250 million, that was developed in Venezuela, and according to the United States Election System Commission is not qualified to operate in the United States.

The Supervisors signed a contract with the Venezuelan Smartmatic, who’s Chairman is Lord Mark Malloch-Brown of the United Kingdom, President is Roger Pinate of Venezuela, and President of its North America operations is disgraced former California Secretary of State Kevin Shelly.

Smartmatic has been operating elections in the Philippines since 2010, but not without controversy, constant calls to cancel the contract, and ban it.

According to the USESC and the California Secretary of State,

"That's not fair, comparing two different species in your example."
1 minute ago

James Roberts commented on Chris of the family Masters's blog post Are you still pro-vaccine?
"That and the flavor of Pepsi cola includes fetal cells. There's nothing that some people…"
15 minutes ago

James Roberts favorited Chris of the family Masters's blog post Are you still pro-vaccine?
19 minutes ago

James Roberts commented on steve's blog post Nasty white hating beast is punked by sleepy sniffy joe
"His staff must have been overjoyed that he didn't refer to her as "my nigga", lol."
33 minutes ago

Why do humans refuse to enjoy all the WONDERS OF OUR WORLD,I just don't fkn get it.SteveHope you…See More
5 hours ago
0 Comments 0 Favorites

James Roberts commented on James Roberts's blog post Why Mandatory Vaccinations Globally? What They Are Doing to Us
"What is left out of the above equation is that Whites, those of European descent, breed in numbers…"
6 hours ago

I thought of this quite a while back, although I have seen someone since then comment (on…See More
7 hours ago
1 Comment 0 Favorites

"cheeki - If one runs up to someone who is holding a shotgun, and punch them repeatedly, and try to…"
10 hours ago