“I Murdered People For The Clintons” – Larry Nichols 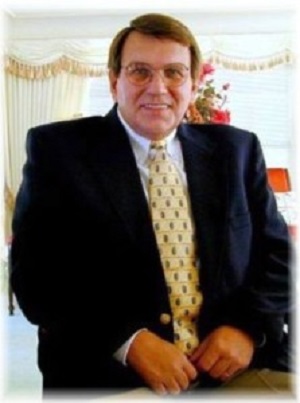 They sent me overseas to kill people for them and told me it was for the good of the Country. So when they asked me to do it for them in the States it felt no different. The real truth is, I did it for the money and I didn’t give a shit about the women I beat and the men I murdered.  The Clintons are bad people and I did bad things for them.  I had to live with that all of  these years and now I just don’t care anymore who knows it.


Check out the member blogs, videos, and discussions http://12160.info/

The Clintons’ Greatest Shame: Chelsea Clinton is the biological dau...

Bill and Hillary are Illuminati/Bilderbergs, mass murderers, and satan worshippers - and both need to be charged as war criminals. 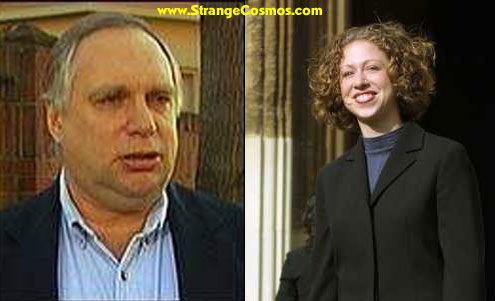 "One thing I know for sure She did have enough sex with men to have a kid, but it wasn’t Bill Clinton’s Kid she had … Chelsea is actually the daughter of  Web Hubble."

Brave man considering the huge death count in the Clinton's closet, they are not afraid to snuff a life, ask ½ of their Lawyers...ask Vince Foster....Oh wait they're all dead...Mena is a muthafugger & The Cocaine Cowboy Killers head to the White House instead of the Big House....Mr. Nichols should head up her 2016 Campaign of Lies & Deceit....lmao

I am glad Larry Nichols has finally come out and made these admissions.

I was aware of his name during the Vince Foster "Homicide" in which a connection to Hillary Clinton was covered up and even written about by Christopher Ruddy, who has flipped over to the Clinton camp now. (Since 1995) Prior to this Ruddy wrote an article about me in 1995 and later I helped him on parts of his book regarding Bill Clinton and Vince Foster. (procedures in law enforcement and the U.S. Secret Service as well as at the White House and why Hillary "ransacked" through Vince Foster's White House office. (i.e. diaries, notes, etc...) The Clinton's are NOT what you think, but worse and are involved in the Drug Trade as well.(See also the book: Clinton, Bush and the CIA or Compromised by Terry Reed)

I only recently saw this article and listened to a radio interview of Larry Nichols(Former Green Beret).

Note: It is NOT the first time Green Berets have been used to terminate Americans lives here in the U.S. or abroad.(Possible involvement in the MLK assassination NOT James Earl Ray)

I also am aware of Ret. Col. Dan Marvin who was recruited by CIA at Fort Bragg to kill a U.S. Naval Office and doctor present at the JFK Autopsy.(LBJ connected as we are finding out now)

I also met with Larry Patterson who was an Arkansas State trooper and bodyguard for Bill Clinton and Larry Nichols name was very prevalent in conversations. It is amazing that all this is just now coming out now.

P.S. Christopher Ruddy has NOT returned any of my phone calls or emails in these last few months or few years. He is now with Newsmax.com and used to write for the Pittsburgh Union Tribune.

Chris of the family Masters favorited Guardian of Scotland's discussion What proof that a new pathogenic virus exists?
22 minutes ago

Chris of the family Masters replied to Guardian of Scotland's discussion What proof that a new pathogenic virus exists?
"Few years ago German doctor Stefan Lanka offered 100k to anyone proving existence of measles virus.…"
22 minutes ago

"This is from 2-5-2020 when there was a shortage of PPE for Doctors, but it does illustrate that…"
8 hours ago

"They make up so many new covid stories it's hard to guess what might come next. Masks and…"
9 hours ago

“Historic July cold has been registered in Sweden.” Coldest month of July in almost 60…See More
10 hours ago
0 Comments 0 Favorites