As a researcher of things and a musician I’ve come to the conclusion that the Beatles were invented. This rumor has been around the block for a couple of decades and still it persists.

I’m not saying they weren’t a great band, but a mystery surrounding this accusation has never been solved. Did they write their own music?

Weaponized music, they have weaponized practically everything you can touch, see, hear and feel and then all the rest you cannot perceive.

Theodor Adorno wrote all the Beatles’ songs as a Cultural Marxist assault on America. Possibly.

"One of the finest conspiracy theories concerning popular culture is the claim that Theodor Adorno, a main figure in what became known as the Frankfurt School — proponents of an obscure academic approach to cultural criticism later branded “cultural Marxism” by communists annoyed they were too arty and not sufficiently doctrinaire — secretly wrote all the Beatles’ songs."

"Adorno was part of a secret society who recognized his amazing skills in teaching/understanding classical music and put them to good use. Before his death in August 1969 (the very reason the Beatles disbanded, as their master composer was gone) Adorno wrote hundreds of songs to be distributed later (1969 – 1975) to various groups, that is why the early 70s music sounded so much better than the late 70s music, and the very reason why Led Zeppelin were musically dead after the last of the Adorno songs, KASHMIR, was included on Physical Graffiti."

"New words and new phrases–prepared by Tavistock(1)– were introduced to America along with the Beatles. Words such as “rock” in relation to music sounds, “teenager,” “cool,” “discovered” and “pop music” were a lexicon of disguised code words signifying the acceptance of drugs and arrived with and accompanied the Beatles wherever they went, to be “discovered” by “teenagers.” Incidentally, the word “teenagers” was never used until just before the Beatles arrived on the scene, courtesy of the Tavistock Institute for Human Relations."

I have the book and some might be aware of his message. 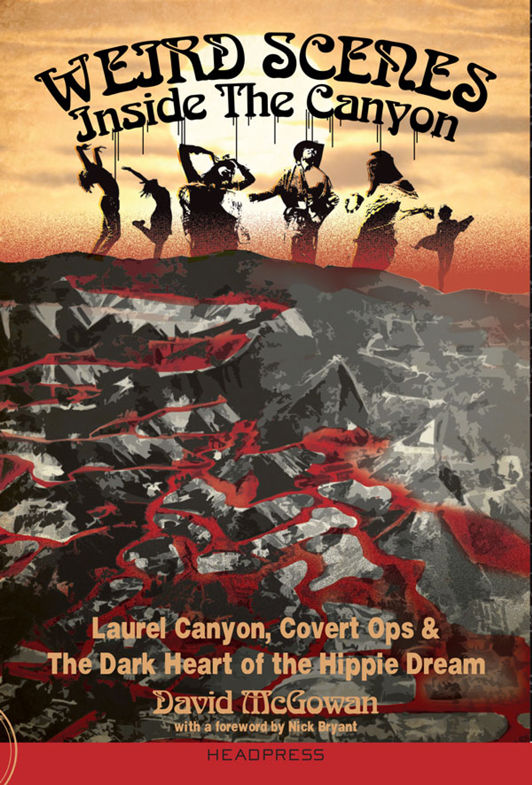 Right. I don't doubt it. The screaming girl fans were paid, that's a fact. The Monkees did a bit about them being invented for the show, and they were, of course. The late Dave McGowan did some fantastic research showing the whole hippie culture was a contrivance. - Inside the LC

The popular bands of the 60s, most of them had parents that were in military or intel or both. They couldn't play musical instruments at the beginning, and most of their early music was done by murderer Phil Spector and his band The Wrecking Crew.  Jim Morrison's dad was an admiral involved with the Gulf of Tonkin fakery that was the excuse to start the Vietnam War. Jimi Hendrix had an, um, interesting tour of duty. And so on. And on and on.

Probably, the most mysterious lost civilization in human history are the Anasazi. If any society…See More
1 hour ago
0 Comments 0 Favorites

Even a squirrel knows its a matter of life and death.
2 hours ago
0 Comments 0 Favorites

Guardian of Scotland replied to Guardian of Scotland's discussion What is this all about? Why would police be firing marking rounds of paint at citizens on their own porch?
"DPS covering for the police that fired the paint markers at women on their…"
4 hours ago

"Is that pic for Oakland one of those transtesticle people???"
5 hours ago

"COVID-19, Riots all happening at the same time coincidence I think not! This is a planned tactic…"
6 hours ago

cheeki kea commented on Chris of the family Masters's blog post How Communist Jews Weaponized Blacks
"Good article and back up links. My answer to the last question would be because White people as a…"
6 hours ago

"Welcome To The New America!!!!! American's have no back bone!!!! Our Forefathers would be…"
7 hours ago

cheeki kea commented on Chris of the family Masters's blog post Mainstream Media Lying by Omission
"Oh wow, that is the big site that people go to for weather info, marine, and surf reports - and…"
7 hours ago