A total of six people on the Al Kuwait have tested positive for Covid-19.

A coronavirus cluster has been detected on a freight ship berthed in the Australian west coast port of Fremantle.

The six infected crew were transferred to hotel quarantine in the nearby city of Perth while health officials consider what to do with the remaining 42 people on board, he said.

The ship’s cargo of 56,000 sheep is being held at a facility near the port.

They were to be loaded within days and cannot be returned to farms because of quarantine restrictions, Mr McGowan said.

Authorities expect more crew members will get sick and the ship will need a deep cleaning before it can leave.

Two federal government departments strongly disagreed with the Western Australian government’s account of how the Kuwait-registered ship was permitted to dock.

Mr McGowan said the Al Kuwait left the United Arab Emirates on May 7 and was given permission by Australia’s Department of Agriculture, Water and Environment last Wednesday to berth at Fremantle despite the vessel’s report that three crew members had elevated temperatures.

Get ready, there will be another pandemic

Ha, another ship like the rugby princess stir up to divert attention away from the Greg Mortimer incident, don't hear too much about it, naturally. A whole ship full of people riddled with coronavirus, calling for help, left to either test negative ( or die.) ( of cause they Eventually rescued their Own sickened people and a few scraggly neighbours, then they just took off and left all the Americans and Europeans out there in the ocean, sick and destitute ) Love, humanity, compassion went out the window. 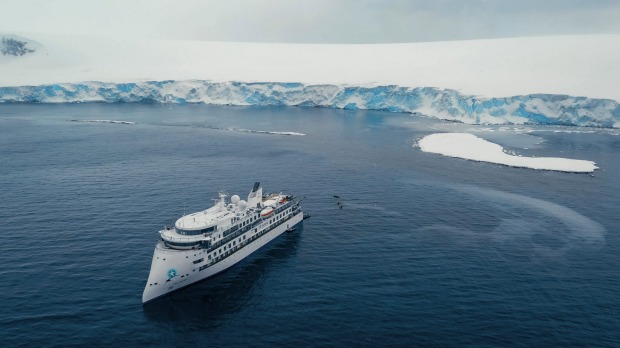 Freedomrox commented on Phyllis Maka's blog post SHEEP MENTALITY !
"Way ahead of you…"
3 hours ago

In this video I start off slow but pick up steam as I submit the evidence and examples. By comparing our situation to the study of torture & coercion on Pris...
4 hours ago
0 Comments 0 Favorites

"Rockefeller scam medicine and Fauci has proudly stated that he is trained Jesuit.  That should…"
4 hours ago

Mr. Sizzle replied to steve's discussion Introducing the negro power militia. SO SAD IT'S COMICAL
"They have no idea how easy it would be for us and the powerful amount of patience we are allowing…"
4 hours ago

Phyllis Maka commented on Phyllis Maka's blog post SHEEP MENTALITY !
"Consciousness - Light - the higher frequency energy so much lighter than these lower energies being…"
5 hours ago

Freedomrox commented on Phyllis Maka's blog post SHEEP MENTALITY !
"Phyllis, I agree that all things are energy within an Electric universe, but will need to work…"
5 hours ago

steve commented on Chris of the family Masters's blog post Estonian Political Leader Wants to Legalize “Holocaust” Denial
"Only LIES need made up laws to protect them and keep them hidden in the dark. The TRUTH loves the…"
8 hours ago

Phyllis Maka commented on Phyllis Maka's blog post SHEEP MENTALITY !
"Gaia, in earth form, a living soul is clearing out and releasing these heavy dense energies from…"
8 hours ago

Phyllis Maka commented on Phyllis Maka's blog post SHEEP MENTALITY !
"It's all to do with the ENERGIES, it's basically what We are, not the physical but…"
8 hours ago

James Roberts commented on Phyllis Maka's blog post SHEEP MENTALITY !
"Freedomrox - A plasma physicist? How would you be on calculations for a very large plate capacitor,…"
8 hours ago

Chris of the family Masters replied to Guardian of Scotland's discussion Are the Covid 19 cases in Texas fake news?
"Very much so, I imagine. You cannot catch the virus! A 150 years old lie."
8 hours ago