An infant in Illinois has also succumbed to COVID-19. The child's exact age was not provided.

"There has never before been a death associated with COVID-19 in an infant.  A full investigation is underway to determine the cause of death," said Illinois Department of Health Director Dr. Ngozzi Ezike. "We must do everything we can to prevent the spread of this deadly virus. If not to protect ourselves, but to protect those around us."

It is unknown if the infant had any underlying conditions.

Gov. Pritzker also confirmed tthat a state employee has died from the virus, according to WREX.

While coronavirus deaths have primarily been in those above 50-years-old, the disease has also been sending younger people to the ICU in larger than expected numbers - and in some cases, claiming younger victims.

In France, doctors have reported that 50% of ICU patients are under 60-years-old, while in the Netherlands, half are under 50.

280 people are talking about this

On Saturday, the Los Angeles Times noted the COVID-19 death of a 25-year-old pharmacy technician with no underlying health issues, whose body was found on Wednesday at a home in the Coachella valley neighborhood of La Quinta where they were in self-quarantine. The San Diego resident's identity has not been disclosed. 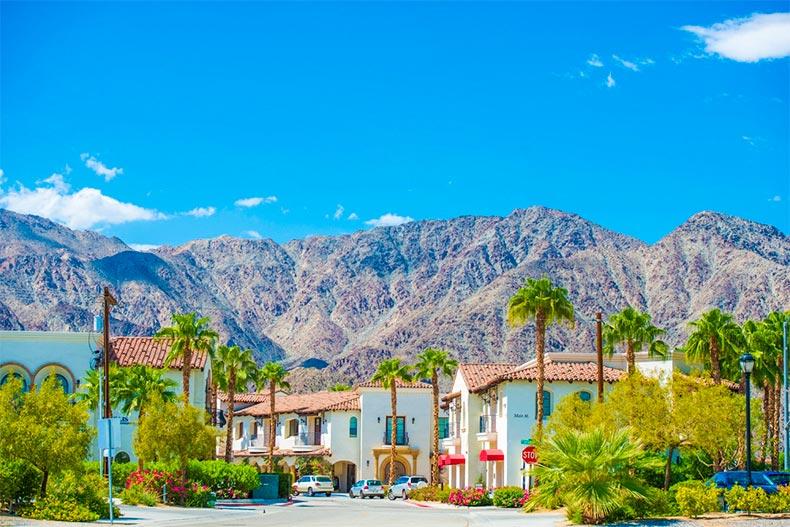 "This is a deeply saddening reminder that COVID-19 kills the young and healthy too," said Riverside County public health officer Dr. Cameron Kaiser. "Stay safe. Keep travel and errands to essentials, and observe social distance no matter how young or well you are. Our condolences and thoughts are with everyone this pandemic has touched."

According to the Times, the majority of coronavirus cases in the county are under 50-years-old:

This is the California age range for coronavirus patients:

For more on the flood of younger patients, read this article in The Atlantic.

"My deepest condolences go out to the family of the young adult who passed," said Fourth District Riverside County Supervisor V. Manuel Perez. "The virus does not discriminate and age doesn’t matter. This tragedy demonstrates the need to stay in place. It’s safer at home."

Health officials report that the deceased 25-year-old was exposed to the virus outside of Riverside county. It is important to note that while the man had no underlying health conditions, he did not go to the ER, where he could have been given one of several experimental treatments and been put on a life-saving ventilator.

His death will be added to San Diego’s number of coronavirus-related fatalities, which as of Friday afternoon stood at three. But Dr. Wilma Wooten, San Diego County’s public health officer, said that data would be updated to include three more deaths, with the 25-year-old technician among them.

Wooten said the other two deaths included a male in his mid-50s and another male in his early 80s. -LA Times

There have been a total of eight COVID-19 deaths in riverside county in individuals over the age of 70 - most of whom had underlying health problems. As of Friday afternoon, there were 183 cases in the county.

The updated figures come a day after Riverside University Health System officials released new estimates indicating coronavirus cases in Riverside County will grow — possibly doubling every four to five days — and deaths stemming from viral complications could rise 125 times the current figure in the next month.

“We’re trying to change the curve and slow down the rate of infection,” RUHS Dr. Geoffrey Leung said during a news briefing at the county’s Emergency Operations Center in downtown Riverside on Thursday. “But based on forecasting and modeling … there could be a doubling of the rate of COVID-19 infection every four to five days … If we stay on the same doubling rate, (by early May) we could have over 1,000 deaths and 50,000 new cases.”

Leung said he based his estimates on local approximations and nationwide trends.

“By April 12, all hospital beds (in the county) will be used up, and if we stay on the same doubling rate, we’ll be out of ventilators in the April 22-May 5 period,” Leung said.

The one ray of hope that he referenced was a dramatic slowdown in the rate of infection in New Rochelle, New York, where a major cluster of COVID-19 infections was documented two weeks ago, but after closely monitored isolation measures were implemented, the rate dropped precipitously. -NBC Palm Springs (more at link)

Spoiler: As luck would have it, paper or thin poster boards (the glossier the better), protect better than a wide range of acoustic shields that I've tested....
33 minutes ago
0 Comments 0 Favorites

Interview with Dr. Aajonus Vonderplanitz https://youtu.be/mVP9HqV8yoY We live in a world of lies pushed on us by the upper levels of the world controllers. I...
3 hours ago
0 Comments 0 Favorites

Mr. Sizzle commented on Boris's page 12160 Administrators
"I’m not able to log out or post anything. Any advice?"
7 hours ago

MAC replied to MAC's discussion NASA scientist Dr. Kate Marvel links ‘climate change’ to ‘white supremacy’ Calls for climate & racial ‘justice’
"NASA has been out of the space program for a long time, they were side tracked and used for the…"
11 hours ago

Doc Vega replied to MAC's discussion ARMED CIVILIANS FIGHTING BACK as Leftists Call to DEFUND POLICE!!!
"If the chickenshits in office won't protect us then it comes down to the people defending…"
14 hours ago

"Another good one, just like the last one. "
18 hours ago