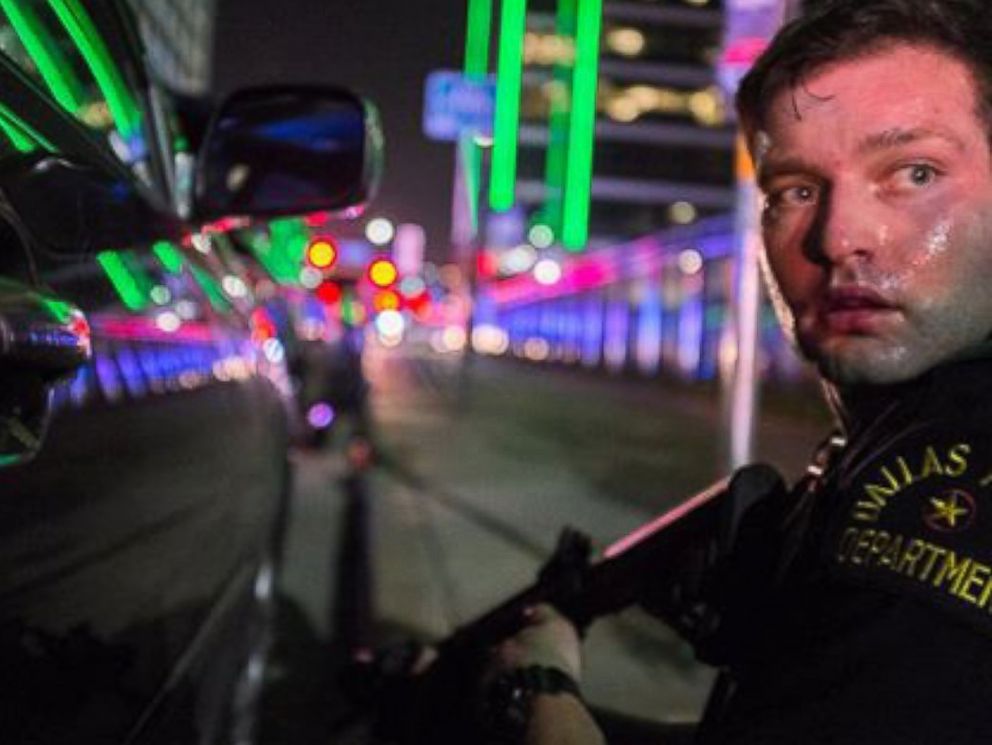 Few people aside from military personnel or first responders could imagine the day to day possibility of facing death as a constant occupational hazard, but for our police in America that possibility has been enhanced thanks to one Barack Hussein Obama. During 8 years of the Obama administration America’s cities burned, police were murdered, and our President used code speech to approve of the violence!

Imagine if you will walking your beat, patrolling in your squad car, or being horse mounted during demonstrations in a large city. You have been demonized by the Democrats for political advantage so they can manipulate their voter base. You have been vilified by leftist activists like Al Sharpton who lead mobs down the street that you are tasked to protect as they scream “Death to the Pigs!” Each time you pull over vehicle drivers who have outdated license plates or damage to their car that make it illegal to drive, you confront another possibility.

The person in that auto may be a criminal with an outstanding warrant, a cop hater with a gun, or a dope dealer carrying a stash. In each case you are dealing with a life threatening proposition and the fact that you are constantly being mouthed off to and disrespected certainly doesn’t help. In trying to do your job in  lawful manner you have also been briefed by your direct superior or supervisor that your actions are being monitored, there is an adverse climate against you at all times legally, and the community views you as more of a threat than a public servant or guardian.

If there aren’t enough cards stacked against you already, one day an incident in some town boils into a national debate with the US media making a mountain from a mole hill and the Democrats doing all they can to pour gasoline on a small fire! You know this is all talking points by the left, in most cases unjustified hostility, and for political purposes your life has just been made a lot more dangerous! Now the tables have turned and when you’re just trying to do your job crowds might suddenly appear ready to threaten you! An illegal alien in possession of a firearm may actually have more public support than you do!

Suddenly as you get dressed into your blue uniform each and every day you have now acquired a new label as a racist bigot killer! No wonder as you patrol busy city streets you feel a tension in the air. Those hateful stares, those disrespectful smirks, or those obscene gestures as you drive by! People who won’t roll down their window when you request to see their driver’s license and may even use profanity in addressing you. Protesters willing to threaten you to your face and even throw rocks, bricks, or Molotov cocktails at you are getting journalistic sympathy while you are being portrayed as a uniformed monster!

Then to make matters worse the President of the United States of America says in a speech that a young black thug with a history of trouble, who beat a security guard and nearly wrestled his gun from his grasp would have been the son he never had! Oh didn’t that statement pan out well for you. Now thugs you have to deal with just got the go ahead signal as far as they’re concerned! President Obama, according to news coverage has just invited the leaders of violent protesters at Ferguson into the White House to congratulate them urging them to “Stay the Course”. Don’t you feel good now knowing that they might just as well have put a price on your head. Perhaps, you’ve been ordered not to dress in riot gear when you know here will be trouble just because the Democrat led Mayor’s office claims they don’t want to give the demonstrators the wrong signal though you know what will happen. They’ll be throwing rocks, bricks, and maybe even worse!

Adding to your frustration is the added knowledge that many of the violent ones who would not cease and desist when ordered to and even assaulted you and your buddies perhaps burning up your squad car too are from out of town, out of state, or are even foreign and illegal! Yet, they are quickly bailed out and even seem to be well funded. You ask yourself when most people have to work at a job how is it these bastards can riot all night long, destroy public property, and yet when you interview them they don’t even seem to be clear on the issues they are supposedly there to protest for? So, it becomes clear they are not demonstrating at all, someone simply paid them to cause unrest and violence!

Here the facts. In 2016 there were 17 shooting deaths of black males by the Police in the United States. Of these shootings each one shared a common denominator. They were all resisting arrest. Another sobering fact. In that same year 5 thousand blacks were shot and killed within the borders of our nation. Most of these deaths occurred in large cities such as Chicago, Detroit, Oakland, and Buffalo. These are cities that regularly figure in these tragic statistics. Another startling fact. White Males were more commonly shot by police than either Latino or Black. Could it be that the Police feel less pressured in justifying the shooting of a Caucasian than any of the minorities?

As a result of these distressing facts we have active officers resigning their respective police forces in cities like Baltimore, Philadelphia, and Oakland, California where hostile flash mobs regularly assault subway passengers departing to San Francisco or coming back. In Philadelphia recently 200 Black teenagers mobbed and nearly killed 2 white teenage girls and forced even civilian security guards to seek safety behind locked storefront entrances or steel doors where accessible. Many of these incidents are intentionally not reported by local news stations or are isolated by national news commentary to that one area so as not to spread the coverage. In Dallas, Texas due to the large rash of Black committed crimes the Dallas City Council voted a ban on racial descriptions of violent offenders on the local radios in the area!

If you add these sad consequences to the already large burden put upon lawmen in the United States it becomes an undeniable detriment to the profession and to the safety of fathers coming home to their families at night! With liberal government and the media coming across as hostile to the Police one can see a trend that can only lead to slower response times, reticence to react appropriately to violent criminals and a lot more innocent people being victimized thanks to the politically correct agenda!

President Obama played a further role in endangering our police and citizens. In 2016 as president he authorized the ICE to release 65,000 illegal aliens detained for various crimes back into the general population. President Obama also authorized the release of hundreds of inmates serving time for dealing illegal drugs, many of whom were involved in violent assaults and even selling Heroin and Cocaine near inner cities school grounds. Why was a US President allowed to do this and not be prosecuted for public endangerment? This is just one more indictment upon our federal government who rules us but does not govern us while refusing to hold its own law breaking accountable!

Remember Mohamed Noor, the Minneapolis based Somali LEO who fatally shot Justine Damond, an Australian yoga instructor and had three complaints filed against him with the city’s Office of Police Conduct Review?

Minneapolis residents questioned Hennepin County Attorney Mike Freeman on Sunday afternoon about the police shooting of Justine Ruszczyk Damond, including why officer Mohamed Noor wasn’t sitting in jail as a civilian would be after a deadly shooting.

“I don’t understand where this double standard comes from,” said Todd Schuman, who lives a block from the Damond home. “It’s infuriating to us.”

Freeman said he couldn’t answer the question because he hadn’t thought about it “quite that way” before.

The decision of whether to charge Noor will likely be made by the end of the year, Freeman said.

TRANS: We hope that by the end of 2017, the masses will be distracted by something else, and will have forgotten all about this incident.

Wait until half of the police force is from the fucking Somalia. Then you'll have 'justice' on the streets.