Wiki omits the fact that the Alt Lite, like mainstream conservatism, is a wholly-owned subsidiary of the Zionist Occupational Government in the US. Who in their right mind would name their political movement "lite", especially in these times? It is apt, however. Like lite beer, they can never get the job done (they're more like "near beer"). Any job. The Jews don't want them to, you see. And they'd rather (all of us) die than admit there is a problem with the Jews. And they stoop and bow and scrape and lick expensive shoe soles, and they sell us out for 30 shekels.  They rejected the Unite the Right rally, and have the nerve to call the Real Right feds and agent provocateurs, while they lovingly interview finance people who make their money off the backs of White workers, without producing anything themselves. They are all Israel-firsters. They take Alt Right material and process it into user-friendly advertisements that bring in millions for them personally, while the Alt Right works and puts their earned money into the fight. Almost none of them are White straight Christians with White hetero mates and children. Some are like Sargon of Akkad (Carl Benjamin), bragging that they are not white, and hoping for white genocide. Many are an obvious POS, like Bannon. Many are like Cernovitch, taking credit for "exposing" Epstein while what he was really doing was harming the girl victims by getting court records on Dershowitz' behalf. Their job is to herd White, straight Christians into the kosher killing chute. For my part - Give me extra stout, or give me death, lol. We'll show them a real "Dark Enlightenment". Those meek will inherit all of six feet of the Earth, directly above them. 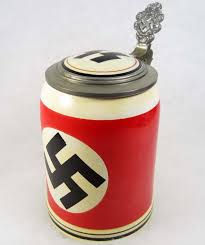 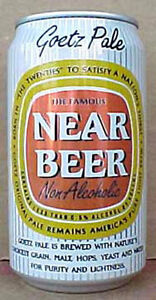 From Wikipedia, the free encyclopedia
Prominent alt-lite figures include the writers Mike Cernovich and Milo Yiannopoulos

The alt-lite, also known as the alt-light[1] and the new right,[2] is a loosely-defined right-wing political movement whose members regard themselves as separate from both mainstream conservatism and the far-right, white nationalist perspective characteristic of the alt-right. The concept is primarily associated with the United States, where it emerged in 2017.

According to Oren Segal of the Anti-Defamation League, the alt-lite "operates in the orbit of the alt right", and it sometimes may not be possible to tell the difference between the groupings as there is significant cross-over.[3] Others have described it as an offshoot of the alt-right, in that it claims to reject identity politics—including the white nationalism and racialism of the alt-right—though they share other key features and beliefs.[4]

People associated with the alt-lite have distanced themselves from the ethnic nationalism of the alt-right.[1] As with the alt-right, the alt-lite commonly shows broad support for Donald Trump and non-interventionism, criticism of and/or opposition to political correctness, Islam, feminism, welfare and illegal immigration. The movement is also seen as engaging in conspiracy theories, including the propagation of the Pizzagate conspiracy theory, as well as support for the Gamergate movement. It has been described as a "misogynistic" and "xenophobic" movement by the Anti-Defamation League.[3]

Alt-right figures have described Breitbart News and Steve Bannon as "alt-lite" for presenting a diluted form of alt-right ideas.[7]

Wired has referred to the alt-lite as "the alt-right's relatively mild-mannered sibling".[19]

Snakedaddy replied to Guardian of Scotland's discussion Ammo is about gone. If you do not have what you need now you may not find it.
"This is an ammo search engine. There is some left out there, but you better…"
5 minutes ago

This report focuses on the FBI's 34-month coverup involving the illegal spying on Team Trump. The report is based on recently declassified FBI documents.
1 hour ago
0 Comments 0 Favorites