WASHINGTON, D.C.—The American state department has come up with an ingenious plan to solve China's democratic protest problems and make our nation great again in one fell swoop.

Through some great negotiating on the part of Donald Trump, we've struck a deal to trade all of our country's Communists for Hong Kong's democratic protesters.

After the deal was made, the military began rounding up the Communists---who didn't complain, as they're all for an authoritarian state---and putting them in cargo planes. They were then flown across the Pacific Ocean and dropped off in Hong Kong before the democratic protesters in China were loaded up into the now-empty planes and flown back to America.

"This is the best deal, maybe ever," said Trump. "We'll get rid of some wackos on the left, my buddy Xi will be happy with his new commie followers, and we'll gain some great new citizens who will be really appreciative to me and never complain about anything. Greatest deal in the history of deals."

The president started to rethink his decision when the democratic protesters began to criticize his anti-Second Amendment views, and he quickly tried to put them under a "Red Flag" provision.

If we could only have our communists trade places with sea cucumbers (on the floor of distant oceans). I've read that some sea cucumbers are quite tasty, and as there are a great many, it would not harm the environment. They are also arguably more aesthetically pleasing than many / most communists. 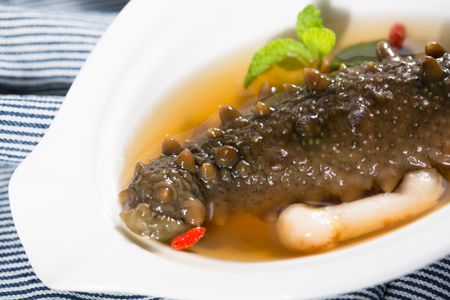 In a REAL "Pandemic" which kills MILLIONS, all MSM TV Stations AROUND THE WORLD would still be…See More
8 hours ago
0 Comments 0 Favorites