I applaud the out of court settlement between the Australian Rugby Union and Israel Folau but I hasten to add that the Union doesn’t exactly come out of this looking anything close to squeaky clean and in reality; they could have avoided the whole thing had they not behaved like a bunch of virtue signalling dickheads.

“It was cheaper to settle his unfair dismissal case than go to trial.

Speaking to the media in Sydney on Thursday morning, a day after Rugby Australia and the sacked Wallaby star agreed to a confidential settlement, Castle said the code’s stakeholders wanted the case resolved to give some certainty instead of it dragging into the new

She rejected calls for her resignation and said Rugby Australia “at every stage looked to ensure the very, very key value of inclusiveness stood up’’.

For the sake of accuracy, let’s be really clear about what he poste

The only part widely published is the part about homosexuals going to hell (but only if they don’t repent). It’s a biblical thing and honestly – who really cared then and who really cares now? Churches all over the planet are preaching the same stuff day in and day out and we should be fighting for their right to do so. We should also fight for our right to call it nonsense if we want to. How this ever became an issue for anybody is way beyond me. Call me insensitive if you want to but honestly – really?

Castle has completely dismissed the reported payout figure of $8 million as “wildly inaccurate”.

OK Raelene, so $8 million is wildly inaccurate. You can say that until the cows come home, but it’s a confidential settlement so nobody will ever know if you’re being truthful about that.

Lets’s play “join the dots” shall we:

If the cancelled contract was worth $5.7 million, and cancelling it knocked him right out of earning a living playing the game at all, and it will have impacted on sponsorship deals too, and the claim filed was for $14 million… $8 million is looking very much like a reasonably accurate guestimate don’t you think? If it’s “wildly inaccurate”, I’m opting for it being even higher.

I’m also guessing the payout will go up when they retire the CEO’s contract too. It’s hard to see how anybody will be able or willing to work with her, though stranger things have been known to happen in rugby (and in Australia). 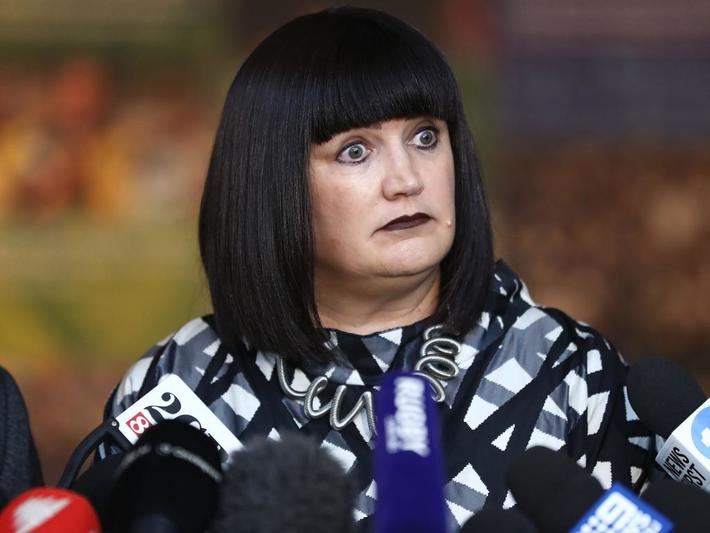 wrecks rugby with her fat wagga wagga mouth but not wagging now .

"Doc - Definitely not pagan or anything, cough cough hack hack."
30 minutes ago

"Now that would have been a colonial acid trip!"
31 minutes ago

Doc Vega commented on Doc Vega's blog post Arsonists Arrested in Australia!
"cheeki kea thanks for your reply!"
33 minutes ago

"Good news Mr Siz. It's clear They wanted "visual" trouble, but never got it ha,…"
11 hours ago

cheeki kea commented on Doc Vega's blog post Arsonists Arrested in Australia!
"Good post Doc.V, we are indeed under attack, there are so many fractions, so many agendas, so many…"
11 hours ago

"I have an awful feeling your right."
12 hours ago

"yeah then if you say what climate change ? that makes them real agro cunts."
14 hours ago

Mr. Sizzle commented on Boris's page 12160 Administrators
"No messaging capabilities either Bull. Tell me if works?"
15 hours ago

The boys go looking for Jeff. His mother doesn't know who he is! Then Jeff gets taken away by police for being mental.TEST TEST TEST I AM GERMAN
15 hours ago
0 Comments 0 Favorites