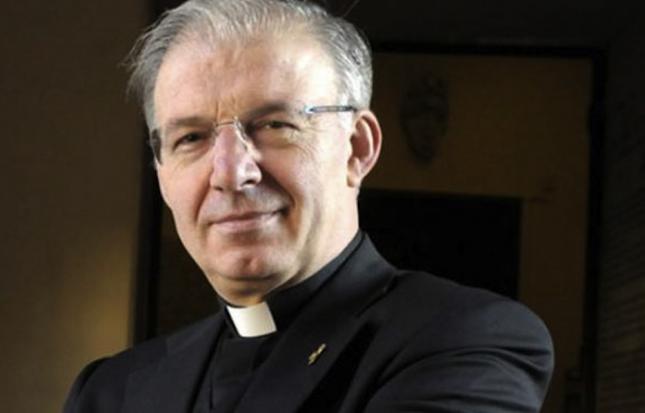 VATICAN CITY, August 29, 2018 (LifeSiteNews) – Pope Francis removed sanctions from a notorious clerical sex offender despite being warned and urged by the Prefect for the Congregation for the Doctrine of the Faith not to do so, a highly placed Vatican source told LifeSiteNews in an exclusive interview.

That Prefect, Cardinal Gerhard Müller, was later dismissed from the Vatican’s top doctrine post. The source revealed that Cardinal Müller and his staff were dismissed by Pope Francis because they insisted on following the Church’s protocols concerning clerical sexual abusers.

Notably, Müller opposed the Pope's plan to return the defrocked Don Mauro Inzoli, a serial abuser of boys as young as 12, to the priesthood.\

Don Inzoli, nicknamed Don Mercedes for his love of flashy cars and elegant living, had been accused to church officials of having molested boys, including in the confessional, and convincing them that his abuse of them was approved by God.

In 2012, an ecclesiastical court found Inzoli guilty, and he was then suspended a divinis, barring him from all priestly functions.

However, in 2014, Francis returned Inzoli to the priesthood, although according to the source, Cardinal Müller “resisted” the pontiff’s wish but Francis “decided differently,” i.e. he rejected Müller’s advice.

According to historian Henry Sire, author of The Dictator Pope, Francis had rehabilitated the pederast at the behest of Inzoli’s “friends in the Curia, Cardinal Coccopalmerio and Monsignor Vito Pinto” and reduced his punishment to a “lifetime of prayer” and a course of psychiatric treatment.

Inzoli was also allowed to say Mass privately, but he was supposed to stay away from children. However, by 2015, Inzoli was participating in a conference on the family in Lombardia.

“[Francis’] leniency, however, backfired,” Sire wrote, “and after complaints from Inzoli’s home town of Cremona, police reopened the case against him.”

An Italian court found him guilty of “more than a hundred episodes” of molesting five boys aged 12 to 16. It sentenced the rehabilitated priest to four years, nine months in prison.

I agree, Chris. You are absolutely right, I am doing a blog right now on who actually runs the Vatican/Catholic church- wild stuff, brother.

Comment by Chris of the family Masters on August 29, 2018 at 9:46pm
I don't refer to this individual as pope. Breaking the church rules he was appointed as the pope, being bloody jesuit. Please read jesuits extreme oath to learn who jesuits really are.