David Paulides and More Stories From 411 the Book Series 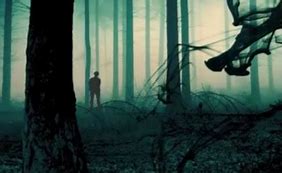 Each year Americans on vacation or simply taking a break in a neighboring National Park or Forest are missing and unaccounted at an alarming rate. As it turns out, and with little help from Park Rangers of the Forestry Service no official records are kept concerning these disappearances. Of the hundreds of vanishings of course many will be those who are lost, sometimes attacked by wildlife, perhaps others have been abducted by violent criminals, but there are also those who simply go missing as if into thin air never to be seen or heard from again.

David Paulides, a veteran police officer, SWAT team member, and investigator took it upon himself years ago to begin amassing statistics about people who have vanished. With no help from federal agencies involved in land management, forestry, park facilities, or game and fishery administration he plodded on. His findings in 7 books of the 411 series points to an ominous number of missing children, regions Paulides calls cluster disappearance areas, and most of these vanishings generally occur right in the midst of frequently used and visited areas with people in close quarters with the missing victims. David has identified at least 27 areas within the continental US of cluster sites where over a period of a few short years or even months as many as 20 or 30 people will disappear within close proximity! 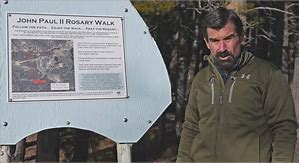 Many of these clusters of disappearances are in California and Oregon. There are six cluster disappearance regions in California alone while in Oregon a ridiculous number of children are taken every year and it seems that authorities are at a loss to do anything about it! Couple that fact with a large number of Bigfoot calls received by police and sheriffs along the coastal towns and deep in the wilderness interior of the state and one must make a correlation between the two odd occurrences. Are they related, or are these just coincidental instances? One man tells a tale of his very good friend, off road enthusiast, and veteran mechanic who enjoyed taking his ATV’s, trucks, or motorbikes up mountain trails while the weather was fair and visibility was good. One weekend he had set aside time to be with his buddy on the mountain but was sick and couldn’t make it.

His buddy decided to go by himself, two days later he never checked in and never returned. His cell phone was never located. His vehicle was found halfway up the trail with no trace of the healthy young man who was very capable of pulling himself out of any difficulty, but was nowhere to be found! After a few days of searching the area the concerned friend was informed by a Park Ranger never to go the area his buddy disappeared in alone or at night. When the man asked why the Park Ranger was vague but was adamant about staying away from the area unless absolutely necessary, but this is not an isolated incident and it seems that park officials have a code speak about what is going on as if they know exactly who and what is responsible, yet they’re revealing nothing!

According to David Paulides most of the missing cases do not seem to have a conventional pattern or reason, but there are a few commonalities he has discovered over the years that it took time to establish. The weather seems to be a consistent factor. People are known to disappear in the midst of sudden storms that are strangely isolated to very small areas and cannot be anticipated with normal weather forecasts. Water seems to be a frequent factor in these cases, but not all the time either. Paulides tells of one case where 3 professional horse racing jockeys all in their prime were in a small boat fishing in shallow waters right off the shore when a sudden storm came up and the men were seemingly swept away into deeper waters where they simply vanished. The boat was never recovered either, yet the water was so shallow that the men could easily have gotten off the boat and waded to shore. It seemed according to witnesses that they were just whisked away.

When the tried and true fails

When well trained tracking dogs, blood hounds, and cadaver dogs are taken to the last known whereabouts of the victim so they can begin tracking they will simply circle briefly and then lay down refusing to perform their well-trained duty.  It must also be noted that during many Sasquatch search parties the dogs will also refuse to track the scent trail left by the supposed creature. Of the estimated 1600 people per year who become missing persons while venturing into the American forests and national parks a certain number will never be found while some are rescued or simply pop up on their own. David Paulides while discussing some of the forensic evidence with one Park Ranger said that as it was explained to him clothes of the victims are found as though the person dissolved and their clothing simply collapsed in the absence of a body that they were worn by. Occasionally the clothing will be neatly folded which is another oddity of these disappearances, but this unique aspect of the 411 cases is of further concern. When the missing victims who are rarely discovered after days, weeks, or even a month vanished will usually be young children who cannot talk, those with disabilities incapable of articulating their experience, or people who simply seemed to have had their memories erased. They simply have no recollection of their ordeal! The baffling aspect in almost every case is the victim if recovered turns up in search areas already scoured several times!

Still, as millions of visitors explore and enjoy the beautiful landscape of North America why an average of 1600 missing persons per year are not recorded, statistically analyzed, or investigated for particular patterns that might reveal the source of such disappearances by the US federal national park authorities is strangely suspect! Regardless, David Paulides will continue his fascinating research. Yet, there are the secretive investigations conducted by federal special agents concentrating on these disappearance cases who will not release their files to Paulides who himself is a former police officer and law enforcement investigator. This confounding circumstance can only lead to some very ominous conclusions that David Paulides refuses to publicly speculate over while others make their grim observations. Is the phenomenon simply unstoppable?

Chris, it seems to point to abductions of what kind I don't want to say alien could be secret operations.

Tara thanks for your input.

From everything I've read and heard in the interviews and lectures David gives I'd say yeah this craziness is beyond human contro.  Probably beyond most people's comprehension completely...the two story's that I think give the best insight to whatever is happening is the kids story who was in a cave with his " grandma" who looked like a robot...and the girl who said the bear ate her hat and feed her berries.  IDK why but out if the hundreds these two story's really stand out as truth , in my opinion.  I do believe that people are being lifted into the air when abducted..or portals are being used . definitely there are more a coulec different thinks going on here.

Comment by Chris of the family Masters on February 14, 2019 at 8:42pm
I'll go with some exotic weapon used to snatch people for unlawful, off the books experiments.

"Burbia, actually, she is, lol. Didn't think about it before I posted it. If you've ever…"
8 minutes ago

James Roberts commented on stormtruther's blog post The CIA Admits Psychic Abilities Are Real, But Cannot Figure Out The Science Behind It (Funny psychics hit the news at the same time as listening devices became popular
"Not listening devices. It's actually not that hard to figure out. Study David Paulides'…"
14 minutes ago

James Roberts favorited stormtruther's blog post The CIA Admits Psychic Abilities Are Real, But Cannot Figure Out The Science Behind It (Funny psychics hit the news at the same time as listening devices became popular
26 minutes ago