Graham Spanier might have been ousted from his post at the helm of Penn State over the sex-abuse scandal that engulfed the university, but it seems he’s found a backup employer: the American taxpayer.

Only a disgraced public figure would consider joining the much-maligned ranks of the federal workforce as a step up, reputation-wise. We can assume there were no openings for a used-car salesman.

Spanier was faulted in an internal Penn State report after the conviction on child-molestation charges of former assistant football coach Jerry Sandusky. The report said he, head coach Joe Paterno and others helped cover up Sandusky’s abuse.

His lawyer confirms to the Loop that Spanier is working on a part-time consulting basis for a “top-secret” agency on national security issues.But the gig is so hush-hush, he couldn’t even tell his attorneys the name of the agency. In April — months after his ouster as president but before the release of the internal report — he told the Patriot-News of central Pennsylvania that he was working on a “special project for the U.S. government relating [to] national security.”

I to have a huge problem with people benefiting from others pain.  The AP article says that it can't be verified and I have looked in vain for some kind of verification besides what Spanier has to say.  He has no credibility with me.  I am a Pennsylvania native and worked at a Penn State affiliated college and never heard very much positive about this man.  If this proves to be true I would start the first petition to call for his removal on moral grounds.  It is an absolutely insane practice which goes on large scale.

Well don't we have a right to know who' he's working for and what he's doing, we are paying their salaries, soon it will be time to as a say off with there heads and let it be sooner

Does not surprise me.

and it's the perfect place to - if you have a criminal mindset.   Honestly, we can all do so well without what they call government - and we can't do well with it.  I look forward to the day and hope to live to see it when we believe no more in myths and false authority and can look to ourselves and our neighbors and community collectively.   But I wonder how long can the sociopaths 'rule'?  Not too long if we don't believe in them. All of us. 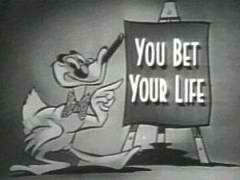 This is a disgusting development!

But he is in like company, they can all have a great time together at bohemian grove, practicing there perversions, he could even visit the oval office and get some head from the long legged mac daddy

James Roberts commented on stormtruther's blog post Iran’s Coronavirus strain has an admitted 18.2% kill rate by official numbers
"One thing to keep in mind is that care in a hospital in any part of Asia proper, and Iran and…"
2 hours ago

Anthony Kimbrough favorited Phyllis Maka's blog post No matter how Coronavirus plays out, this is the most relevant statement ever issued and...... Jim Stone
2 hours ago

cheeki kea commented on stormtruther's blog post Iran’s Coronavirus strain has an admitted 18.2% kill rate by official numbers
"What ever it turns out to be, it's shutting things down. Money will go first- because of 9 day…"
2 hours ago

stormtruther commented on stormtruther's blog post Iran’s Coronavirus strain has an admitted 18.2% kill rate by official numbers
"It sticks out like dogs balls when you look at the numbers of fatalities vs infections, whatever…"
3 hours ago

stormtruther commented on King Of Cups's blog post The Satanic and Masonic Unholy Church of Darwinism and Neo-Darwinism. Brought to you by the Illuminati controlled Royal Society
6 hours ago

James Roberts commented on King Of Cups's blog post The Satanic and Masonic Unholy Church of Darwinism and Neo-Darwinism. Brought to you by the Illuminati controlled Royal Society
"Women that had their eggs frozen in liquid nitrogen so they could have a career first are finding…"
6 hours ago

James Roberts commented on King Of Cups's blog post The Satanic and Masonic Unholy Church of Darwinism and Neo-Darwinism. Brought to you by the Illuminati controlled Royal Society
"That first cell is a big problem. They want us to believe that with the same starting chemicals,…"
6 hours ago

At the very beginning of my coverage of the "China epidemic," I cited evidence that the air quality…See More
7 hours ago
0 Comments 0 Favorites