UFO investigators are hoping to obtain a treasure trove of Pentagon documents that were generated by a once-secret military study of flying saucers and other weird aircraft.

The government confirms there was a UFO program. It supposedly ended in 2012, but the Pentagon has not yet released any reports or files.

The I-Team gives the first look at documents which prove the UFO study was real and was based in southern Nevada. 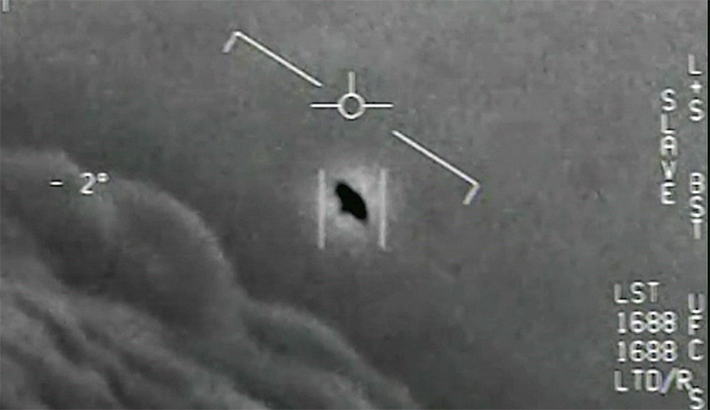 One of them a 2004 encounter between warplanes from the USS Nimitz carrier group and a vastly superior UFO dubbed the Tic Tac.

cheeki kea favorited stormtruther's blog post Bill Gates: In Response To Coronavirus, Everyone Will Have To Vaccinate In Order To Travel (Cunt!)
34 minutes ago

stormtruther commented on stormtruther's blog post Bill Gates: In Response To Coronavirus, Everyone Will Have To Vaccinate In Order To Travel (Cunt!)
"Bill Gates knows fuck all about vaccines Corona Virus or anything except computers .... for fcks…"
46 minutes ago

"It may be illegal but as they cannot breed I see no damage."
57 minutes ago

"Sodium Fluoride is a rat poison in our water. One notice to the CEO of the company known as Council…"
1 hour ago

"In those days newspapers spilled the truth, and young paper boys who sold them on the street were…"
1 hour ago

"Good one Chris,  The fat cat CEOs have been stood down in disgrace for their actions. Even my…"
1 hour ago