"Those infiltrating and exploiting otherwise legitimate public demonstrations with the intent to incite and engage in violence could be armed..." 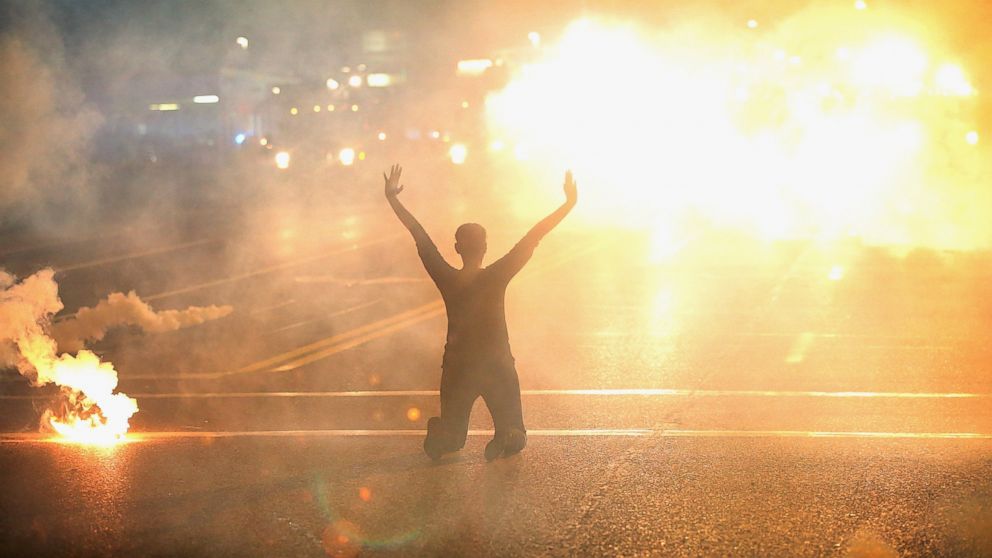 Tear gas surrounds a woman kneeling in the street with her hands in the air after a protest Aug. 17, 2014, in Ferguson, Mo.
Scott Olson/Getty Images

As the nation waits to hear whether a Missouri police officer will face charges for killing unarmed teenager Michael Brown in Ferguson, Mo., the FBI is warning law enforcement agencies across the country that the decision “will likely” lead some extremist protesters to threaten and even attack police officers or federal agents.


Peaceful protesters could be caught in the middle, and electrical facilities or water treatment plants could also become targets. In addition, so-called “hacktivists” like the group “Anonymous” could try to launch cyber-attacks against authorities.

“The announcement of the grand jury’s decision … will likely be exploited by some individuals to justify threats and attacks against law enforcement and critical infrastructure,” the FBI says in an intelligence bulletin issued in recent days. “This also poses a threat to those civilians engaged in lawful or otherwise constitutionally protected activities.”

The FBI bulletin expresses concern only over those who would exploit peaceful protests, not the masses of demonstrators who will want to legitimately, lawfully and collectively express their views on the grand jury’s decision.

The bulletin “stresses the importance of remaining aware of the protections afforded to all U.S. persons exercising their First Amendment rights of freedom of speech and freedom of assembly.”

Within hours of the FBI issuing its bulletin, some police departments across the country issued their own internal memos

I don't agree with the shooting, and I think Brown's parents should have taught him not to be a thief.

The PTB are loving this division,  possibly an impetus for martial law. A hoyse divided cannot stand.

How to Shut Down 5G Instalations in Your Home Town.

Guardian of Scotland replied to steve's discussion While we are at it Lets expose this FEAR PEDDLEING MONEY HUSTLEING DOOM AND GLOOM CHICKEN LITTLE SKY IS FALLING SCAMMER.
"Thanks Steve for this article. I have followed Adams for a while now. I have never purchased…"
4 hours ago

"This chick is fucking awesome!"
10 hours ago

We can't keep doing this, making everyone stay at home. We'll starve. If they can Shanghai, so to…
11 hours ago
0 Comments 0 Favorites

"Mostly Mexicans (a mixture of Spanish, Indians and blacks) but when I worked for Krupp making tool…"
11 hours ago

"That is curious. CS - Indeed, I always forgot to rewind my DVDs before I dropped them off at the…"
11 hours ago

Mr. Sizzle replied to Chris of the family Masters's discussion Putin was a Waif Adopted by Chabad
"I like you."
12 hours ago