The rulers of this world keep inventing new fancy words and concepts to further confuse the people and to hide their intention to manipulate, abuse and silence us. Fuzzying up and corrupting the vocabulary is one part of the social engineering used to control us.  Well, here's another one; hybrid war. It's a term combining several techniques from manipulation, intelligence operation, social networks, information technology to conventional warfare. In principle, those things are nothing new.

"In the last decade, some of the most important military forces and coalitions in the world, including the North Atlantic Treaty Organization (NATO), have attempted to address and counter so-called hybrid threats. Rather than develop strategies based on ‘hybrid’ challenges (an elusive and catch-all term), I believe decision-makers should stay away from it and consider warfare for what it has always been: a complex set of interconnected threats and forceful means waged to further political motives."

LINK TO THE ARTICLE

"In practice, any threat can be hybrid as long as it is not limited to a single form and dimension of warfare. When any threat or use of force is defined as hybrid, the term loses its value and causes confusion instead of clarifying the “reality” of modern warfare."

I bet the ultimate word they are thinking of starts with F.

"Don’t you see that the whole aim of Newspeak is to narrow the range of thought? In the end we shall make thought crime literally impossible, because there will be no words in which to express it. Every concept that can ever be needed, will be expressed by exactly one word, with its meaning rigidly defined and all its subsidiary meanings rubbed out and forgotten." 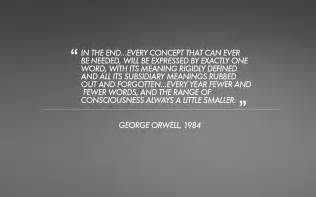 They are running out of time, hence their agenda is now in high gear.

The only problem is, it is now evident to anyone with a brain, what the agenda and endgame is.

More are awakening daily, and the anger is evident.

As the usury cabal seeks to sink the world in perpetual debt these new concepts arise in parallel with cost expansions initiatives and creation of such ridiculous jobs as cyber ambassador and hybrid ambassador and the organizations under their control.

These new expansions of the government are designed entirely to improve national and public safety and to protect the people, of course. They are not aiming to rip off the tax payers or to take down civil rights like freedom of speech or gun rights, not at all.

Such beneficial control mechanisms as political correctness and banning whateverphobias or antiwhatever bigots and denialism of the official truth guide the discourse to a comfortable and civilized level where the politicians don't have to fear someone bringing up some vanished funds, their links to multinational corporations, blackmail, bribes, their convoluted lies, pedophilia, prostitution in politics etc..

Vocabulary is changing fast. Who can keep track?

Doc Vega commented on Doc Vega's blog post The Man Who refused to be King
"The father of our Country. God bless him and we who value freedom!"
37 minutes ago

cheeki kea commented on stormtruther's blog post With 5G technology expanding across the country, Australians are more connected than ever before. So do you fall in a 5G zone?
"It's time to move into the sticks and go to the middle of nowhere, where they can't, or…"
1 hour ago

Doc Vega commented on Chris of the family Masters's blog post Trump Drops Requirement for Employers to Validate Citizenship of Employees
"In defense of Trump. He is being attacked from all sides, the Deep State, the media, the Democrats,…"
5 hours ago

Doc Vega commented on Doc Vega's blog post An Incredible insight by a German Actor About Jews, their Relationship with Gentiles in Germany and How Hitler rose to power!
"Chris and Burbia another interview segment!"
5 hours ago

Chris of the family Masters favorited stormtruther's blog post With 5G technology expanding across the country, Australians are more connected than ever before. So do you fall in a 5G zone?
6 hours ago