It's not just O K to be WHITE it's GREEEEEEEEATTTTTTTTTTTT

STAND UP FELLOW WHITES AND TELL "WHITE GUILT" and other buzz words spewers to fck off, and show the well deserved pride in the world our WHITE ANCESTORS have made for us that we have so GENOROUSLY shared with ungrateful savages. 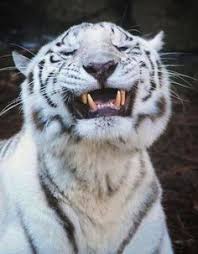 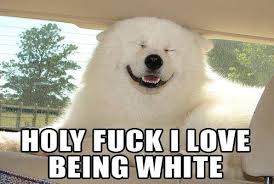 The culture wars have begun, and it's a "Muti-task" war on culture.

Well whatever ya do then, DO NOT, I repeat, DO NOT watch, no wait, better yet, DON'T EVEN gaze 1 second upon the latest, newest installment of James Cameron's

YOUR HEAD WILL EXPLODE... especially if you're a white male, or a huge  fan of the "Terminator" franchise like I USED to be up until day before yesterday (Thursday) RIP Terminator series even if by some slim, remote chance this last piece of cinematic cesspool sludge didn't single-handedly kill the whole thing, I'm done with it now. Thanks for fucking up one of my all-time classics + killing off your own magic money mountain Jamesy boy. After the credits started rolling, my first thought was, "Who in fak directed this train wreck??, certainly couldn't have been Cameron?" THEN ABOUT 20 seconds later... "Directed by James Cameron"

Who in the hell could even possibly think that it would be plot-possible to turn a Terminator movie into a Chick-Flick Comedy....ya, thats right, it was almost a blatant made movie to embarrass, shun & make the White Male crawl under a rock. I thought whoever directed that all female ghostbusters movie hi-jacked this...lol

Talk about DemocRAT bastiche laced movies... new human/terminator entering from the future was some unknown Denise Crosby looking chick with muscles, Linda Hamilton, now a pissed off Bull-dyke grandmother on a mission. Both trying to save yet another girl ( a mexican chick) who's been targeted for termination SO the 3 leftist fem-fatales go on a joyless joy ride of non-adventure while Arnold sits in a rocker and picks put wall patterns...I SHIT YE NOT, go watch if ye dares to...and yes, ancient Arnold's bock. PLEASE, somebody tell me how a futuristic, robotic, killing machine turns into a old, fat gray bearded dude with a human wife & a human kid and is now a... Interior decorator???

Ya, you heard me, the Terminator is now an Interior Decorator living somewhere in Mexico, I shit you not once again, after all, y'alls my fav turd.

Then roughly about 15 mins into this celluloid sell-out, in one scene, it single-handedly in one fell swoop, rendered all the other previous Terminator movies useless, because somehow (unexplained) in this now tragic comedy, we flashback and find Linda and her 12yo boy, John Conner, freshly escaping the border, now in a lil side cafe apparently in Mexico, and then here comes a computer-generated young Arnold and blasts little John Conner into 2 pieces with a shotgun, now totally fuggin up the whole terminator timeline now. So now Hamiltons got a lifes mission, then at one point her and arnold have to share a room and the hilarious hi-jinks and classic one-liner sound bytes ensue, ..but all with a 180° twist, like

It's making me ill describing this horrible mistake some call a movie, and I get the feeling Cameron did this one to be a political tick, rub the Trumpty Dumpty supporters the wrong way and to ensure he Won't Be Bock" to make anymore of them. Rest of the cast gives me the same feeling,

Watch it if you dare, but if ya do, ya can't tell me straight up it WAS NOT a chick-flick comedy... It's that noticeable...and that terrible

Only saving grace for me was that I didn't have to pay for a ticket to see that shitshow, Thanks Pirate-Bay & uTorrent...lolz

Done with Hollyweird garbage here, Thanks James ya libtarded moron....

"I wish you wuz my neighbor. Salute to who ever this farmer is,this just makes my mouth water. Here…"
38 minutes ago

Guardian of Scotland commented on Phyllis Maka's blog post Jim Stone - STOP EATING PORK RIGHT NOW, AND DON'T EAT IT EVER AGAIN
"If this is true then many people in America will suffer. Many cultures have eaten pork all of their…"
42 minutes ago

Central Scrutinizer favorited Doc Vega's blog post Step Back in Time: An Interview with General Flynn by John B. Wells
2 hours ago

STOP EATING PORK RIGHT NOW, AND DON'T EAT IT EVER AGAINInsider info: It is part of the plan to take…See More
3 hours ago
1 Comment 0 Favorites

GiovanniRosario updated their profile
5 hours ago

"Stormtruth, you would have done a fantastic job in the Name caller role for that ad. You must have…"
6 hours ago

cheeki kea commented on Chris of the family Masters's blog post Bring the Storm.
"I've decided if I'm to be a slave to the system then I'm going to make it one damn…"
7 hours ago