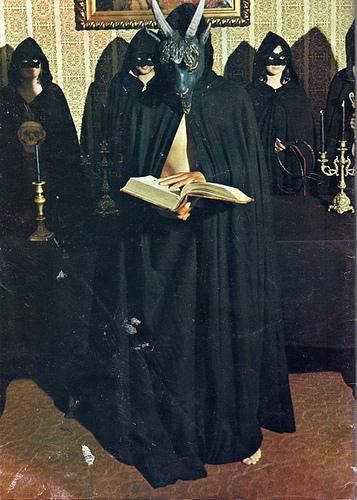 (Masks are the hallmark of Satanism. Occult means "hidden.")
When healthy people are treated like
we have a deadly contagion,
the real message is,
in the eyes of the Illuminati,
we are the deadly disease.
The civil war is between
the Illuminati/ people
who go along with this treatment,
and those who do not.
by Henry Makow PhD
When I arrived at the dentist's office yesterday, the receptionist motioned me over to a table where she ritualistically administered a hand sanitizer.
Then, a questionnaire where I attested that I was not showing symptoms of a deadly virus; had not been out of province for 14 days, and had not had contact with COVID cases.
Then, she took my temperature and administered a blood test.
After determining I was not sick, she handed me a facemask to wear in the waiting room.
When I took it off, she insisted I put it back on.
I refused, saying there is no mandatory mask order in Manitoba.
She said it was for the safety of the people working there. If I wouldn't wear it, I'd have to leave.
The absurdity of this situation was mind-boggling. She had just determined that I am healthy yet I still must wear a mask.
I left. I do not want to engage with people who have zero respect for their clients.
They didn't mention that face masks are mandatory when they called Thursday to remind me of my appointment. They just assumed they could force one on me.
Obviously this is not about health. This is about control and conformity. A medical hoax has been used to justify a political tyranny.
You quarantine the sick, not the healthy. Why don't more people question this?
When healthy people must act like they have a deadly contagion, the message is clear. In the eyes of the Illuminati, we are the disease. 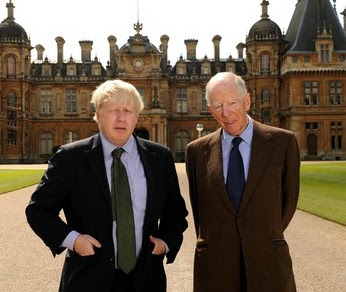 ("We own the planet. You're being evicted.")
Although these Satanists and perverts own 90% of everything, we are "useless eaters" using up too many of their resources (i.e. "climate change.") They have grown weary with wealth. Now they want power. They want it all and only enough of us left to serve their needs.
"LICENSED TO KILL"
Vaccines are a misnomer. They are pesticides.  Have you had your COVID pesticide yet?
Bill Gates says we may need a schedule of pesticides to finally eradicate the "disease." This is why vaccine makers are exempt from liability.
I doubt if any other companies receive this protection. The taxpayers are on the hook. US taxpayers have paid 16,000 vaccine victims $3b since 1988.
So instead of having my teeth fixed, I went to the mall.
Society is already cleaving in two. Fifty percent of the faces coming toward me were covered and 50% were not.
The coming civil war will be played out over the issue of vaccines: are they panacea or pesticide?
Conformists versus non-conformists. The satanic cult that controls the world plans to exclude non-conformists. This is clear from the fact that corporations are rejecting half their potential customers and passively accepted a pandemic hoax that has destroyed many sectors of the economy.
Are they starting a cull? Come flue season, are they going to unleash a stronger second wave?
A SATANIC CULT IS ALL ABOUT CONTROLLING PEOPLE
The world is controlled by a satanic cult, the Illuminati, based on Jewish Cabalism. Other monikers include Communism and Freemasonry. This control is exercised through the banking system. (See "The Aim of Freemasonry is the Triumph of Communism.")
A satanic cult exploits and controls its members by making them sick.
People who refuse to conform will be ostracized and persecuted. Already, I am denied dentistry because I refuse to act like I am a disease.
The #covidscam is the means by which the Illuminati are upping the ante -inducting the human race into Satanism. First the mask, then the vaccine, then the passport. Non-conformists will be excluded in the same way as they are in China.
MASKS
Masks are the hallmark of Satanism. "Masking is a Satanic ritual," say protesters in Seattle, and they ...
Satanism dehumanizes us by destroying our family, race, national and religious identity. Now they are MAKING US COVER OUR FACES for no good reason. How degrading is that?
There is talk that pesticides, apart from killing us, will contain nanochips that will turn us into automatons.
They are even selling masks with satanic themes.
The Satanic agenda is clear.  The common flu is treated as a pandemic. Statistics are fudged. Treatments are suppressed. BLM protests, abortionists, and strip parlors stay open. Churches are closed. A security guard is fired for helping a priest administer last rites to a dying patient.  The cost of the lockdown is a million times worse than the flu because a political, economic, and occult agenda is behind it.
In conclusion, a civil war is starting between conformists and non-conformists, Satanists and believers in God's Purpose for man, and between Communists (Antifa), and anti-Communists.
This ancient conflict is coming to a climax in our time. Satan is showing his face.
---------
Related -The war has begun!
NJ Woman Punches Out Another Woman for Telling Her to Wear a Face M...
"We were treated like we had the plague" on a voyage in search of normal
First Comment from South African (appeared first on thetruthseeker.co.uk)

This is a brilliant article and Henry is quite right! BUT....I live in South Africa, and we are still under one of the heaviest lockdowns on earth! The sale of alcohol and tobacco products has been banned since March. We can not use public transport, enter any public space ( Malls, supermarkets, doctor's rooms, any kind of shop) without wearing a mask. Many of us are against it...but if I don't wear my mask while doing our necessary shopping, I won't be allowed into the stores.
And if you want to see a dentist... you have to have a "plague" test and be negative. And the dentist wears a full biohazard hazmat suit when working on a patient. The same holds true for any kind of hospital admission.
One is left in ER until your test is negative. This whole scamdemic is driving us all nuts with many legal battles from the Tobacco Industry and Alcohol Industries trying to get the bans declared unconstitutional.
But it's an unwinnable battle. So for us it is wearing the mask or starve. We seem to be the world's test laboratory to see how much TPTB can get away with. I'm so tired of sanitizer at every turn I now wear gloves so the crap stays on the gloves.
When this "pesticide" is ready I suppose I'm done for because I will refuse to have it. I will go to the grave victorious over the NWO.
https://www.henrymakow.com/2020/08/covid-hoax-is-about-control.html

Thank you Mr Pasteur for coming up with idiotic and deadly germ theory, and thank you Mr Rockefeller for running with it for last 100 years. 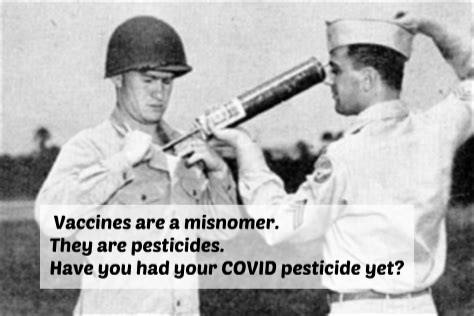 "Notice we're talking about the rules, not laws! Proof of claim this what you enforcing is a…"
37 minutes ago

Chris of the family Masters commented on Phyllis Maka's blog post ON FB TAKEN 14TH NO MASKS NO SOCIAL DISTANCING
"Save it on your phones and show to the cops...."
9 hours ago