Point of Separation The 411 Missing 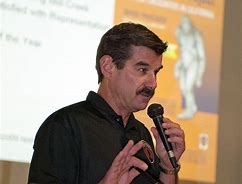 After a series of books spanning some 1200 missing persons cases in US Parks, National Forests, BLM controlled lands, and nature preserves still David Paulides finds the answers elusive. The strange circumstances around people who vanish transcends the normal evidence that would lead investigators to conclusions of suicide, criminal activity, wild animal attacks, or simply being lost or injured. Paulides has now produced three films dealing with different realms of the 411 Missing Persons series. Each film covers a particular type of person who often vanishes with no logical trace or reason to go missing.

Those who fall prey

For instance, children make up a large percentage of inexplicable disappearances. Sadly, that is to be expected, but when hunters go missing without getting off a shot, when veteran policemen in good physical condition simply vanish, when experienced mountain climbers in excellent shape and very knowledgable about the areas they work in fade into nothingness with no answer such incidents should never be ignored. Yet, David Paulides has had more obstruction from federal agencies in charge of forestry, land management, and natural preservation then help or appreciation for his efforts. After filing several FOIA requests on certain missing cases he was contacted by a lawyer representing the federal government asking him why he wanted a list of people missing in national parks and forests. David, informing the hired legal representative for the state, that being a former police officer for 20 years that he was interested in solving the mystery behind the unexplained disappearances. Paulides was informed that there was no list of missing persons and that he did not have enough published work on the shelves of libraries for the government to respond. This was a preposterous explanation! According to one Sasquatch researcher some 1600 people a year go missing in the state and national parks controlled recreational lands. These disappearances are carefully filtered for the criteria that would qualify them as 411 Missing kinds of cases where there are no conventional explanations and the peculiar nature of the disappearance cannot be ignored or chalked up to a vague coincidence. One of many examples would be in the State of New Mexico near Santa Fe where a diverse environment of desert, mountains, and rivers all converge to create a number of conditions for missing person possibilities. A woman, who was hiking and well equipped for survival if need be was reported lost. New Mexico, unlike many states, has a disclosure agreement that any case that occurs will be released to the public so that all evidence is readily accessible. After a few days of intense searches her body was found completely naked without even hiking boots laying face down in a creek in 3 inches of water. She had walked away from her tent and campfire, taken off her clothes, and expired where she lay on the banks of a shallow creek for no apparent reason. Yet, the coroner refused to issue a cause of death.

A child became separated from his family for only a few moments leading to a thorough rescue and search effort. In the San Bernardino Mountains weather can easily drop below freezing once the night sets in and searchers had failed to locate the boy before nightfall. A 5 year old child had little chance of surviving under such hostile conditions but thankfully did. He was found sitting on a trail apparently unaffected by exposure. Authorities could not get any explanation out of him concerning his experience before he was returned to his parents. It is common for those who survive the Missing 411 trauma to be unable to give any useful information for some time if at all, some people might take years to spill their guts about what happened to them. However, after only 2 days the child gave his account of being found by, what appeared to be his grandmother, who led him to a secret underground cave where he saw dozens of robots sitting inactive. Then he realized his own grandmother was a robot because he saw strange flickers of light coming from her head. 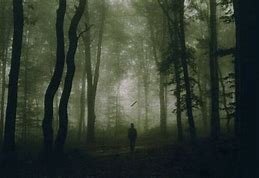 This grandma impostor told the little boy she wanted him to take his clothes off for some tests which the child refused. She was nice to him just like his own grandmother would have been, but then started becoming persistent. Somehow the boy managed to get away from the undergound facility and had wandered to the trail where search and rescue workers found him. Another child rescued shortly after her disappearance spoke of a weird circumstance. She said a strange bear who could talk had gotten her to come with him off trail and deep into the wilderness when she had been reported missing. Luckily she had been found and was alive unlike the majority of the 411 MIssing cases, who aren't so lucky.

They shouldn't have vanished

David Paulides is often confounded by the cases of family, hunters in touch by radio, and even once a case of a person with a GPS locator who simply vanish when in close proximity of others. All it seems to take is a few moments of the missing person being out of the sight of others, the point of separation, according to the author of 411 Missing, and that individual is swallowed by the unknown. In most cases they never return. Sometimes their clothing is found in a pile or neatly folded regardless of how cold the temperature, how rocky and punishing the terrain that would quickly cut their feet into pieces, and often they are later found deceased either in or next to a body of water. Many times to make matters worse and coincidentally bad weather will follow the report of the disappearance confounding efforts of the search and rescue teams. This seems to be a frequent occurrence.

When David Paulides began his quest to unravel the 411 Missing enigma he quickly identified 27 cluster regions. These are particular areas where a number of peculiar disappearances may occur over months, years, or decades-all with the common denominator of circumstances that make no sense. Going back as much as a hundred years these people simply vanish without a trace with sheriffs, park rangers, and expert searchers unable to find a clue. There are now 57 cluster regions identified as Paulides continues his efforts to unlock a mystery that spans perhaps more than a century. People send him e-mails all the time offering theories of black operations by the government, portals to another dimension, Sasquatch abductions, or even UFO abductions, but David is hesitant to make hasty conclusions and instead offers the facts without speculation. It takes little to lose one's credibility if their hunch is incorrect.

It appears there are new areas within the United States that are much like the Bermuda Triangle where disappearances and even plane crashes occur with staggering regularity. The Nevada Triangle, 2,000 square miles of treacherous terrain and mountains regularly claims victims never to be seen again. A triangle appears to exist over Lake Erie where a USAF aircrew in their Scorpion Jet all-weather interceptor vanished while attempting to identify a UFO over Soo Locks in 1953. The Bennington Triangle in a mountainous region of Vermont has been host to several mysterious vanishings of college coeds and others. None of these cases has ever been solved. Some analysts have speculated that a serial killer had been active in the area, but little evidence points to such a conclusion.

David Paulides recently sat down with a physicist to discuss the possibility of portals being the cause of these inexplicable disappearances. Ominously, the scientist did agree that there is theoretic evidence to suggest that it is a plausible explanation and that he is aware of government research in that area, but could not say anymore than that. Both the scientist and Paulides agreed such a manifestation could be weaponized by the military, yet it appears that conditions must be right for the disappearance to succeed and it is all contingent upon "The Point of Separation". David Paulides added forebodingly that the day this portal type of apparatus could suck the unsuspecting right off the streets of a busy city would be the day that we would dread if ever this were to happen 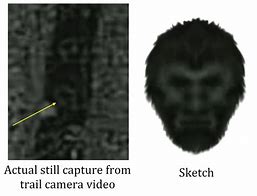 James Roberts Interesting speculation. I've heard some people offer non-linear time as a possible explanation. The question is under what conditions does this all occur. Then there are scientists and even suggestion in the Bible that we are actually living in a hologram due to the fact that physicists actually know earth is in a different time continuum than the rest of the universe.

I lean heavily towards the idea of a parallel universe to explain the "where" of this. Or, a part of this universe that we normally don't see. And I think the reason we don't normally sense it is largely due to our awareness being periodic, or intermittent. Our heartbeat and the ensuing chemical reactions. Kind of like movie film, continuity is an illusion. The spaces between the frames are where our would-be sense of it exists. Thus, certain drugs (psychedelics) and mental disciplines produce what we rationalize as "hallucinations".  Schizophrenics were given psychedelic drugs, and they reported that what they saw was not at all like their disease state visions. Then they were given large doses of amphetamines, and they said that was more like schizophrenic hallucinations.

cheeki kea commented on Phyllis Maka's blog post ON FB TAKEN 14TH NO MASKS NO SOCIAL DISTANCING
"Snapped! She should step down in disgrace for this behaviour and total disregard of her own covid…"
1 hour ago

"To make it work the coke should be diet coke..."
4 hours ago

Less Prone commented on Phyllis Maka's blog post RUTH BADER GINSBURG "1933 - 2019" GINSBURG IS DEAD
"That picture above with her real birth and probable death dates was taken over forty years ago."
5 hours ago