In California two eight-year-old siblings are administered puberty blocking hormones to keep them from aging into sexual maturity. In Wisconsin a 13-year-old boy is castrated so that he will become she. What is the commonality here? The parents were advocates of the transgender trend that the left has been using to denormalize our society and destroy rational tradition. This is the exact tactical approach used by the Bolsheviks to demoralize Russia during the Czar family’s rule.

With the highest suicide rate of any category at 43% still the Democrats and the left have been doggedly proliferating the transgender agenda! Most of those who have been subjected to the surgical mutilation of trying to make a man a woman or vice versa find not only is there no going back, but that they soon become desperately anxious and dissatisfied in their new transgender body. To add to the controversy and unsafe procedures used to make this transformation come about, such powerful chemicals used as prospecting hormones and puberty blocking hormones have had no long term effect studies so that side effects and even cancer causing tendencies have simply not been evaluated!

This reckless experimentation with people’s lives has gone on as a social engineering scheme that unlike food and drug tested products, has simply been pushing the boundaries of ethics and medical safety. Gender dysphoria has been well defined as a temporary condition experienced by many young children which was once termed “Gender Confusion” and was not considered to be anything that required a radical surgical procedure much less experimenting with untested hormone therapy. One might recall when celebrity advertised menopause hormone treatment for men and women was being pushed by former model Loran Hutton that great numbers of men and women were suffering strokes and seizures from synthetic hormones derived from horse urine! Well now, why don’t we subject our children to this insanity?

Now the independent school districts have gotten into the act. Now it’s possible for a school doctor or nurse to make a recommendation that a child attending classes can be evaluated for transgender therapy even reassigning the child’s name from male to female without the consent of the parents. If the child is supposedly diagnosed with Gender Dysphoria the school doctor can make a sex change operation diagnosis and if authorities, feel the child in question is not getting cooperation from the parents their son or daughter can be taken away by child protective services! This exemplifies perfectly what the schools have been saying all along to parents, “Your children are now our children.”

A triad of disaster

A train engineer is busy texting while the his cars are allowed to miss a stop leading to a head on collision with another train in Chatsworth, California! Within seconds a horrible derailment occurs! The train is reduced to a massive wreckage site as fires breakout and an intersection is blocked. 25 people die as a result. A German airline pilot waits patiently in mid-flight for the captain to exit the cockpit then locks the access door. At more than 30,000 feet the Airbus is accommodating its passengers nicely. That will all change catastrophically as the co-pilot put’s the modern jetliner into a steep dive and the aircraft plunges to the ground in a fiery crash killing all aboard! A US Army officer has been having a fight with his same sex lover. In a fit of rage, he begins a detailed file leaking campaign of classified information to an Islamic terrorist organization. Divulging the names of undercover operatives and informants will mean certain death to many who have been helpful to America! What do these 3 incidents all have in common? All persons involved were under transgender hormone therapy and were not in control of their behavior or emotions costing the lives of many people as a result! 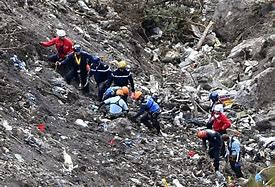 The US Army officer’s name was Chelsea Manning who would not only be pardoned by President Obama, but would have his transgender re-assignment treatment paid for by the US Taxpayer while he was in prison! It seems that this was an act of treason and in the past would have been dealt with by execution! This is the type of insanity sweeping the nation thanks to Democrats and the left! America may never be the same again! 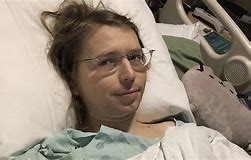 Doc - Absolutely. The side effects of birth control pills include stroke and heart attack. I will disagree on Manning. There's nothing good about the drone program. Many operators develop Perpetrator-Induced Stress Disorder and have to leave, and that's justice, too bad their overlings don't join them. We shouldn't even be in the middle east militarily or intelligence-wise, we're doing all this destruction to help Israel get total control there, period. Same with selling the jihadist-supporting, head-chopping, Christian-persecuting Saudis billions in arms for their genocidal war crimes in Yemen. I do not support tax money being used for these surgeries, of course. And yes, as with crazed cops on SSRI antidepressants, no one on these hormones should be in positions of responsibility. I didn't know about these cases' connection with the hormones, thanks for enlightening us, very much.

"Killer bees are something of a problem in parts of the southwest. I'm waiting for the zombie…"
1 hour ago

"Like the original SNL skit with Bill Murray and another as cops. They kill a guy who was smoking…"
1 hour ago

James Roberts commented on Larry Flinchpaugh's blog post Facebook trick
"Thank you for the post. Reminds me of the letter I got from the IRS today - "The check's…"
1 hour ago

James Roberts commented on James Roberts's blog post "Coronavirus" - My Theory (Rapid-Onset Autoimmune Disease)
"cheeki, sorry, I am very tired when I get off work. I'll have to look into it, but I am very,…"
3 hours ago