Pope Francis Calls on Migrants to Flood the US: 'Forget National Security' 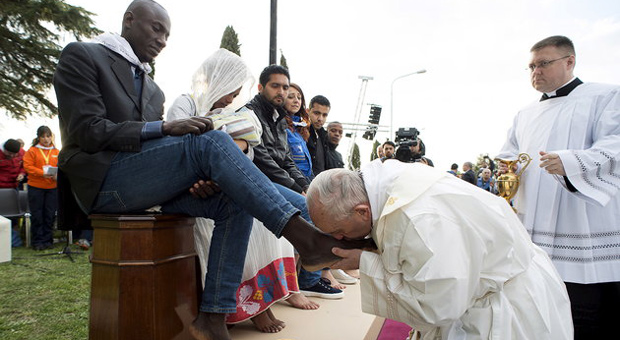 Pope Francis has called on migrants to flood the United States and other Western nations whilst urging world leaders to "forget about national security" concerns as immigrant's needs are "more important" than borders.

The head of the Catholic Church is calling on political leaders to drop their country's current screening and deportation policies and give precedence to migrant's requirements over the safety of their legal citizens.The pope has also demanded an end to detention centers for those who cross the border illegally, and for refugees to instead be offered long-term homes to show "solidity" and "equality."

Interesting when he lives in a super-protected enclave with walls all around the Vatican. Why doesn't he take them inside the Vatican City these so precious illegals immigrants ?

@Jim Right on, Jim! I follow one, his name is Jesus. I'm not even worthy to do that.

WOW, again, be careful who you follow, sometimes a Road traveled alone is a Road worth traveling. Don't Follow Anyone.

Pope Francis Calls on Migrants to Flood the US: 'Forget National Security'.

That statement from 'his holiness' should be enough to make anyone question the intentions of any organized religion.  WWJD?

Wow, God acts in mysterious ways. Very stealth. He gives instruction by unlikely source, to separate Tares from wheat. All those that storm border can be bundled up now, and deported. The few who don't storm over can be gathered up and processed.- as they will be the weak and fatherless, and can be taken away from hand of the wicked.

The secret crimes of the cuckoo...

... Adapted by the Usury Cabal

He is acting as pontiff, director of corporate affairs.