Editor's Comment: Some would say that this story below proves that Ibrahim Abdeslam wasn't a "real" Muslim and that he was managed, bought and paid off by intelligence services in order to take part in this attack. That is not necessarily true. Yes, there was a drill running that day, but that in itself doesn't invalidate the reality that many disillusioned young men from the MENA countries(Middle-East and North Africa) that are living in the west, find a reinvigorated purpose in their life to go join ISIS and the fight against the country that they feel has let them down. This is happening all over the West right now. Gothenburg, Sweden for example is a hotbed for ISIS recruitment and our governments are happy to participate. But you can't be "Islamophobic." That's against the law! We are shown time and time again how incompatible our cultures are, but we in the West can not show any discontent against any of this. We are just to bend over and not speak up against the transformation of our countries.

To add into this problem, the most disillusion people within the "alternative news" community and other "truth seekers" are now trying to convince themselves that there isn't a problem with Islam in the West. Well there IS A PROBLEM with thees conflicting cultures. It's a perpetual conflict that comes as a side-effect of forcing these people together. The increased violence throughout Europe and the rape epidemic, particularly in Sweden is not a "false flags" that is hyped up by the governments and intelligence services. It is in fact covered up, just like Rotherham. If they were intent on hyping up "Islamophobia" don't you think they would jump at the opportunity to expose these scandals and use them in their arsenal? They don't. The Paris attack is not an attempt by government to "divide" us. We, as different people, are already divided. That doesn't mean we can't be on friendly terms or have good relations with each other, but the reality is that immigration is being used to dived the different European people, internally withing the country.  No question have become more polarizing and in fact, not only friends and acquaintances break apart over disagreements on this question of replacing the native population of European countries, but even partners and close families break apart over this question too. I know many such examples. They are using the immigration as a weapon to polarize the native populations further and we have never been united, nor can we ever be united with a people that see themselves as separate from us and never want to adopt our culture, but come to ours and still keep their own ways. Multiculturalism leads to conflict and "diversity" is a psychological warfare term that ONLY is used against the European populations.

The former wife of Paris bomber Ibrahim Abdeslam has broken her silence to say he was a jobless layabout who smoked cannabis 'all day every day', never went to the mosque and had spent time in prison.

Ibrahim, 31, blew himself up outside the Comptoir Voltaire cafe during Friday's terrorist massacre in Paris, injuring three people, but only killing himself.

In an exclusive interview his wife Niama told how during their ill-fated two-year marriage the trained electrician did just one day of work, often smoking three or four joints a day.

Speaking from her home in Moleenbeek, Brussels, Niama, 36, said: 'His favourite activities were smoking weed and sleeping. He often slept during the day. The number of joints that he smoked was alarming. 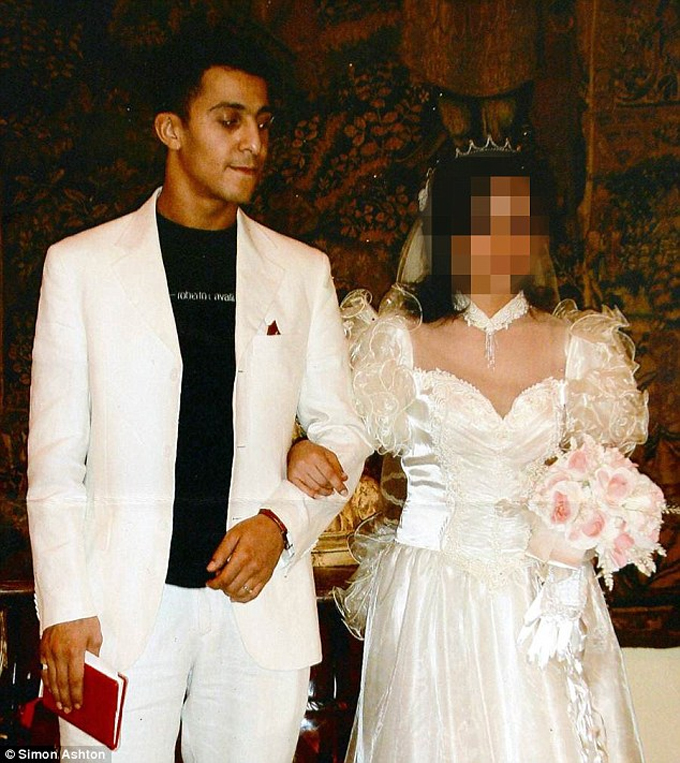 Speaking out: Naima, who did not give her real name for fear of reprisals, has lifted the lid on her two years as the wife of Ibrahim Abdeslam - who blew himself up outside the Comptoir Voltaire cafe on Friday

'Despite his diploma as an electrician, he found no job,' she said. In those two years we were married, he worked a single day. It made him lazy.'

Ibrahim, also known as Brahim, was one of at least eight jihadis behind Friday's atrocities, which left 129 dead and at least 352 injured, while striking fear and terror across Europe.

Security sources suggest he had accidentally detonated the bomb early, after fumbling with the device as he embarked on a religious 'war' against the west.

Ibrahim's younger brother Salah Abdeslam, 26, is the world's most wanted man after police failed to arrest him when he crossed the border into Belgium after the attacks. Both brothers had been radicalised, the authorities believe.

But this new found religious zeal comes as a surprise to Naima, who did not want to give her second name for fear of her former husband's terrorist associates.

She told MailOnline that her former husband never went to mosque or prayed - although he did keep Ramadan because his family forced him to.

Because Ibrahim - who, according to his family, had spent a 'long time' in Syria in recent years - didn't have a job he stayed at home all day watching DVDs and listening to the Arabic hip-hop music they both loved, she said.

Money was tight for the couple. 'We lived on unemployment benefit which was only €1,000 a month between us so we worried a lot about money.

He did not follow current affairs and had no gripe against the west.

Ibrahim had been a troublemaker when he was young, attracting the attention of the police and serving two prison sentences for theft, one for three months and one of six months.

Even before that, he was known to the authorities: as a minor, he set his family home on fire.

When he finally got a job, running a cafe in Les Beguines in the centre of Molenbeek, where he lived, it became a 'den of iniquity', and was eventually closed down after his drug-dealing ways came to the attention of police. 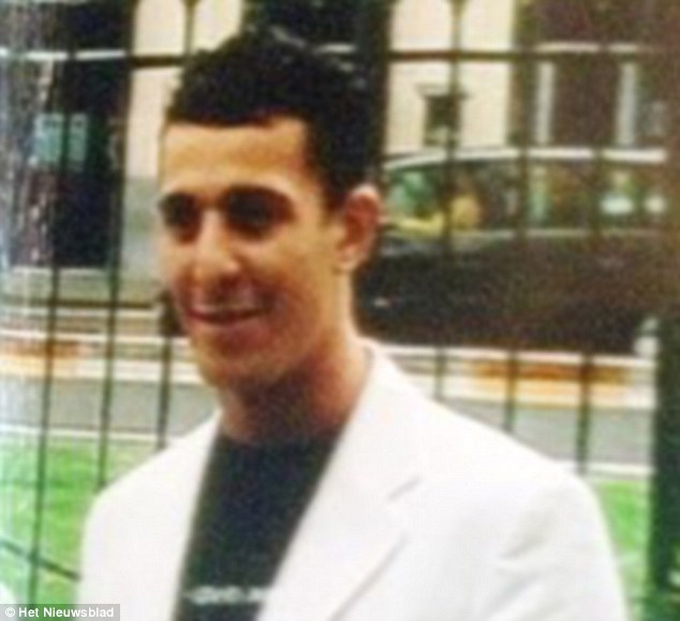 Stoner: All the jobless Abdeslam did was 'sleep and smoke weed'. The latter is haram, or forbidden, in Islam. He also served two prison sentences for theft, and drank beer and vodka

Despite his drugs past, Naima speaks only positively of her ex, who she said was 'chilled out' and 'of good character' . He was never violent with her or others, she claimed.

She said the couple met in a bar in downtown Brussels in 2004 when Ibrahim sat on the next barstool to her and began chatting her up.

Although alcohol is 'haram' or forbidden by Islam, Ibrahim did drank beer and vodka, although not every day.

'From that day on we were always together. He would take me out to a restaurant or to the cinema or we listened to Arabic music. I was happy and in love.'

After two years the couple decided to get married and had a civil non-religious wedding in the town hall for 20 people, followed by a party in a restaurant in the evening.

Strangely, Ibrahim's parents did not attend the wedding nor did his brother Salah, the 26-year-old who was allegedly responsible for 'logistics' for Friday's nights attack.

They were not an especially close family, she claimed. 'They were modern. Everyone had their own life'.

"The fraud must continue indefinitely..."
5 hours ago

"The Senate is out taking a two week vacation while American's suffer. The Elite Bankers, and…"
11 hours ago

"I got Slapped Upside the Head for sharing your post!"
yesterday