President Obama’s Rise Due to “Blue Blood” Ancestry or power of American Dream?

As of noon EST today, January 20, 2009, Barack Hussein Obama II is the forty-fourth President of the United States.

The corporate-owned mainstream media would have us believe that Obama’s ascension to power is an “All-American” story attainable by any hard-working “common” American.

Despite losing a Democratic primary run for the U.S. House of Representatives to four-term incumbent Bobby Rush by a margin of two to one http://www.fec.gov/pubrec/fe2000/ilh.htm, Obama served in the Illinois Senate from 1996 to 2004 and was magically selected as a virtual unknown in the stage of national politics to deliver the keynote address at the 2004 Democratic National Convention in Boston, Massachusetts.

After this nation-wide debut, Obama served as a junior United States Senator from Illinois from 2005 to 2008 and then was simply catapulted to the Presidency. Is Obama’s ascension to power an “All-American” story attainable by any hard-working “common” American or is Obama’s coronation a result of his “blue blood” ancestry?

The Spanish phrase “sangre azul,” a categorization of the Spanish royal family and other high nobility of Visigothic descent in differentiation from the Moors,was translated into the English idiom “Blue blood” which emerged in the English vernacular in 1834 accentuating “noble birth or descent.” A system of nobility, British peerage, in the United Kingdom, stretches over the last thousand years tracing its origins to early Anglo-Saxon times from which a feudal system slowly evolved under English kings particularly after 1066 when William I imposed upon England the well developed and quite sophisticated feudal system in which all the land belonged to the king who feuded parcels of it to the earls and barons to hold by homage and fealty and by military service.

Title of earls, barons, and other positions of nobility were hereditary entitlements exclusive to particular families predicated upon bloodlines as succession to the British throne passed on by usually “male-preference primogeniture” representing their deceased ancestors (The Monarchy and the Constitution. Oxford: Clarendon Press. 1995, p. 42 by Vernon Bogdanor, ISBN 0198293348).

The corporate-owned mainstream media would have us believe that Obama, a bi-racial progeny whose mother, Ann Dunham, was a white American from Wichita, Kansas of English and Irish descent, and whose father was Barack Obama, Sr., a Luo from Nyang’oma Kogelo, Nyanza Province, Kenya, will become the “first African-American” to be elected President of the United States.

However, Abraham Lincoln may in fact have been the “first” African-American to serve as President of the United States based upon his mother’s “Melungeon ancestry.”

The following family tree was posted by the New York Post:

Pulitzer Prize-winning journalist, historian and genealogical publisher, Rosemary E. Bachelor, further documents that Obama does have European royalty- “from Edward Fitz Randolph back to William I, King of Scots, and from Martha Eltonhead back to Edward I, King of England. [See Gary Boyd Roberts, The Royal Descents of 600 immigrants (2008: Baltimore).] ”

So what is the big deal with William I, King of Scots being an ancestor of Obama?

According to historian and genealogical publisher, Rosemary E. Bachelor, Obama’s so-called opponent in the Presidential Election of 2008 Republican nominee John McCain and his Vice-Presidential running mate, Sarah Palin, “all claim William 1, King of Scots, as an ancestor… (Palin’s) descent in this Carolingian line is via ancestor Edmond Hawes (1612-1693) of Yarmouth, MA…and she (Palin) also descends from Henry III of England by way of ancestor Edward Raynsford, who died in 1680 in Boston…(who) is alleged to be a Plantagenet descendant of Charlemagne.”

Sarah Palin, according to Rosemary E. Bachelor, is also “a 12th cousin of John McCain and descends from Simon Newcomb of Edgarton, MA and Lebanon, CT, as do both Bush presidents …President Bush, Barack Obama and Sarah Palin all descend from Samuel and Sarah (Soule) Hinckley. (whose) son Thomas Hinckley (1618-1706), held several governmental posts in the Plymouth Colony and served as its last governor from 1681 to 1692.”

In her article entitled “Lineages of Presidential Candidates McCain and Obama Compared” written on September 2, 2008 weeks before the Presidential election, Rosemary E. Bachelor documented that “McCain is a distant cousin of First Lady Laura Lane (Welch) Bush, their common ancestors being Valentine and Nancy Anne (Arnold) Allen,” and concluded that “McCain’s list of ancestors is a bit ho-hum, with nearly monolithic Scotch Irish dominance and none of the links to famous statesmen Obama counts as kin (.)"

Based upon the above genealogical evidence, the Presidential Election of 2008 clearly involved both Republican and Democratic Presidential nominees that descend from prominent royal and presidential “blue blood” sharing common progenitors directly to William I, King of Scots. Coincidentally or not, the victor, Obama, has the more affluent pedigree. What percentages of “common”American family trees have such ancestral pedigree? Nevertheless, did Americans really have a “real choice” between Obama and McCain in casting their votes for a candidate that would bring about “change we can believe” in? Or did the elites contrive another election predicated upon the Hegelian dialectic where the result would be the same regardless for whom we cast our votes?

Comment by 7R33SandR0P3S on January 23, 2009 at 1:53am
He has got the nose in the air thing going.
We will grow sick of seeing it. Just like the plastic smile on Plastic Pelosi. 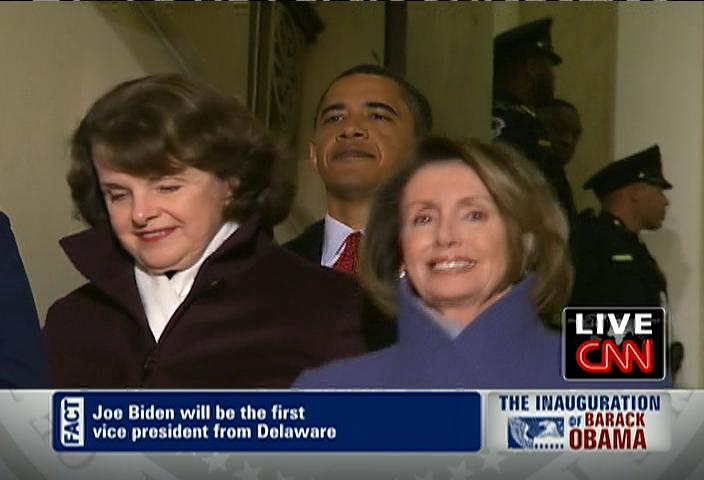 "Burbia, actually, she is, lol. Didn't think about it before I posted it. If you've ever…"
15 minutes ago

James Roberts commented on stormtruther's blog post The CIA Admits Psychic Abilities Are Real, But Cannot Figure Out The Science Behind It (Funny psychics hit the news at the same time as listening devices became popular
"Not listening devices. It's actually not that hard to figure out. Study David Paulides'…"
21 minutes ago

James Roberts favorited stormtruther's blog post The CIA Admits Psychic Abilities Are Real, But Cannot Figure Out The Science Behind It (Funny psychics hit the news at the same time as listening devices became popular
33 minutes ago

James Roberts commented on cheeki kea's status
"I recall watching that video. The idea that an AR-15 is fired inside a building, especially in that…"
10 hours ago