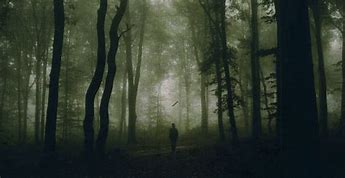 While watching a show about strange disappearances a very disturbing testimony given by a Mississippi County Sheriff who preferred to remain anonymous was revealed. The host of the show got documented case file facts in order to vet the sheriff’s credentials while the officer still maintained his hidden identity status. The following will tell you why. This runs along the lines of David Paulides 411 vanishings only with a much more sinister twist.
Limited chance
According to the Sheriff and unfortunately for the family and friends, there is only so long a search and rescue can last until resources are exhausted and the possibility of finding a missing person alive quickly withers to nothing. This is why the first 48 hours in a missing persons case are so important and sadly very often never attained to the sorrow of rescuers and their next of kin. Worse, are the more grisly discoveries that suggest foul play, homicide, or even stranger events begin to emerge! 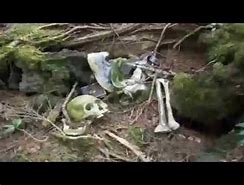 A disturbing change
In this particular case that, in the beginning, began as a single missing subject compelled search and rescuers to continue until all efforts had been exhausted, but the sheriff was still keen on keeping his mind open to any possibilities that might bring about results. He then received a call from an eye witness who claimed to have seen the man that rescuers had been scouring the woods over. The caller said he’d seen the man out in front of his yard looking injured and bleeding. The sheriff jumped into his truck and hauled over the man’s residence anxious to recover the victim but when he arrived he could not find anyone. He interviewed the caller and then searched the area until into the night. At that point, he decided to return the following morning.The next morning the sheriff arrived and started where he left off when suddenly he spotted the suspected victim. The man appeared to be in bad shape and could barely be heard as he said, “Help me!”

Who what where or when?
The Sheriff finally caught up with the injured suspect who did fit the description and was most definitely hurt. He brought the man back to his truck to make a call and to get the man some water as he appeared to be dehydrated and in shock. While he fumbled in his truck the missing person disappeared again! The sheriff quickly checked the area, heard the man’s voice again, “Help me!” and again grabbed him. This time the sheriff got the victim in his car, called ahead to a local hospital and tore off into the morning and down the two-lane blacktop road trying to save the man’s life. As it turned out the missing man was restored back to health but was an emotional wreck unable to remember anything about his encounter other that he had been attacked by something that had wounded him severely. In fear for his life he’s wandered around in the darkness trying to keep from being eaten alive as he explained!
Not Normal
The case was strange with too many unanswered questions. The victim was in a very poor state of health and had been psychologically affected. The lawman notified next of kin who were happy that the member of their family had been rescued, but they were alarmed at who or what had assailed him. The Sheriff admitted that during the exact same time frame a series of unsolved murders and disappearances were underway, but at the time the Sheriff hadn’t connected the dots! Investigators began a search of the nearby area where the man had been before he had been reported missing. The search zeroed in more on the last whereabouts of the victim. At last, a corroborating shred of disturbing evidence which was uncovered.
Foreboding discovery
A cave was located by officers. On the floor of the cave were human remains, skeletal bones, flesh, and organs lying on the ground, some of it fairly fresh. The experienced lawmen could barely contain themselves. Something horrible had happened and someone or something was murdering unsuspecting campers, hunters, and fishermen in the area. When asked about the terrain, the Sheriff stated that Mississippi was a very remote and sparsely populated area at the time of the unsolved, active case, of 12 murders. 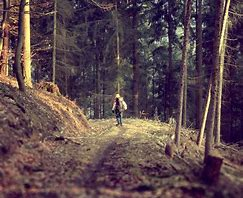 Terrible truth
The Sheriff was having trouble getting this fact out to the general public as the authorities discouraged the mention of the news that 12 murders within close proximity remained unsolved, that a cave full of human body parts had been discovered, and that one man who survived an attack could not identify who or what had assaulted and nearly killed him. How this missing man had remained alive for so long throughout the many cold nights after being mauled, bleeding, and never found and murdered like the others remained a mystery as well. According to David Paulides, many such victims might remember their experience and tell about it while others refused even after recalling their saga to report it to investigators perhaps even years later. 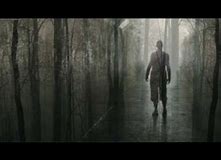 Chris of the family masters, the Yeti is in the Himalayas in Tibet. I dis not hear any speculation from the sheriff either maybe it was a panther, bear, puma? But, animals usually don't kill at such a prolific rate and kill sites are usually decentralized, bloody, and identifiable by the manner of predation and bite radius. However, none of this was mentioned. It must have been very mysterious!

Mr. Sizzle commented on Phyllis Maka's blog post Heads up: New election scammery revealed - Jim Stone
"I like Jim Stone as a source, and coincidentally today I received in the mail a notecard on how to…"
4 hours ago

Central Scrutinizer commented on Aaron's blog post JOE BINDEN IS LISTED AS CRIMINAL SUSPECT IN UKRAINIAN COURT
"Who is Joe Binden ???"
5 hours ago

In a REAL "Pandemic" which kills MILLIONS, all MSM TV Stations AROUND THE WORLD would still be…See More
6 hours ago
0 Comments 0 Favorites