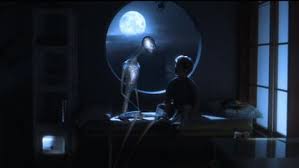 Recently there was a new video released about the new lifelike generation of human appearing robots that are several steps ahead of the mainstream known series of robots made by such laboratories as Hansen Corporation and Boston Robotics. The commentator warns the viewer not to rely upon the publicly unveiled versions of basic robots currently just mastering human or animatronic movements and individual navigation for menial tasks like housekeeping, warehouse work, or military pack travel over terrain. We are not speaking of the life-like robots like Sophie, the female automaton who can virtually act just like a female and carry on a conversation reasonably well.

No longer a fantasy

There is a new independent generation of robots launched for custom uses that almost now perfectly mimic human behaviors from facial expressions, emotions, visual recognition, and even passion and desire in order to make the robot interact with humans more naturally. Yet, it doesn’t stop there! The new generation of robotic entities will be close to having self-awareness possessing autonomy, independent thought, and individual orientation. Besides learning on a curve that exceeds human beings they will also be capable of problem solving on much more complex levels. There will also be a more seamless sort of behavior more like that of a living being than simply a marvelous technical advancement that simply replicates humans.

A neural network centered in a brain-like artificial central nervous system arrayed much like human organs such as sight and sensory reception that travels into nostrils, auditory nerves, and optical recognition resembling human biology only reproduced with fiber optics, servo motors acting as muscles, a skeletal chassis, and even more impressive flesh with natural hair follicles, goose bumps, hairs, freckles, and visible flushing of the cheeks. Features that show human imperfections making us the individuals we are from too much sun, or wind burn, or simply pigmentation uniqueness will distinguish the new robot entities as very, very, close to being fully animated, physically adorned with realistic features, and devoid of any outwardly mechanical appearance.

The result will be a sexy human-like companion for both men and women. A partner that does not judge her mate and make him feel inadequate. A partner who never has a head ache or an argument to spoil a romantic or sensual mood. For the women perhaps a male who will always performs no matter how she treats him or what kind of pressures might be present that could distract a normal person. Perhaps an even more compatible partner for both men and women who has no desire for competition, arguments, or reactionary feelings to being insulted or handled indifferently as humans often do to their partners. Often we find it hard to remain receptive to sensual stimulation once elements of disrespect or even rejection are in play. The danger is that once a complex thinking machine does acquire desire, emotion, and attraction the thoughtless or abrasiveness of its human counterpart might just be perceived and reacted to.

Is the future already here?

More intriguing or perhaps even disturbing is a robot that mimics a little boy. A little older than a toddler who can talk, make cute facial expressions, carry on a basic conversation reminiscent of an actual young child, and tug at our emotions like the real thing! One might recall the movie fantasy “A.I. Artificial Intelligence” directed and written by Steven Spielberg which begins with a grief stricken couple who have lost their beloved young son searching for some sort of way to cope. A professor played by William Hurt attempts to develop a robot that realistically replicates the son lost by a grieving married couple. Today we have a little boy robot that comes very close to that capability now! There is no doubt that a complicated set of issues that will impact society lie in wait for all who want to weigh the possibilities. Could man and women decide that they no longer need each other anymore, or at least their biological behalf?

In Part II we will explore the darker side of robotic realism.

Arnie Lerma You may not know it but you're already seeing A.I. examples of response in chat requests for some customer service answers, definitely in bogus dating sites like Asian Date which are making 100's of millions and financially related markets, yes. One might recall that as far back as the 1970's there was computerized block trading of commodities that had to be switched off once markets became imbalanced. Now, no doubt, it's much more sophisticated!

I believe AI manipulation of US financial markets is the reason the wall street freak show has lasted as long as it has.

I now suspect that AI control of information flow will be the death knell of the internet, which, at least for a while, was the Liberty Tree of our time.