There are continual debates over the actual existence of apparitions, hauntings, and the restless spirits on the other side. Perhaps due to traumatic and unexpected deaths these lost souls continue to walk the earth or perhaps they cannot find the portal that leads to a new dimension and existence for the soul once the body has died. Some ghost hunters claim that familiar places may simply be revisited by one who has passed out of fondness or the inability to simply let go of a past life. Some researchers like John Keel believe that the supernatural is comprised of a variety of visitations from UFO’s to demons, from Fortean phenomenon, to fairies and Leprechauns, even Bigfoot sightings seem to be more than just the sighting of a physical being as many Indian tribes believe.

Reaching across the lines separating the living and dead

Yet, as Harry Houdini, the famous escape artist and magician was to find out, there are charlatans who will shamelessly create hoaxes for fame and fortune. Houdini desperately tried to reach his beloved mother after she died saying she promised her son that when she passed into the afterlife she would make an attempt to contact him from beyond the grave. However, Harry only exposed hoaxers in his attempt to reach his deceased mother. When Houdini died from an intestinal rupture just before going into one of his escape acts even his surviving wife attempted to reach him beyond the realm of the living but to no avail.

In my personal walk of life I have had the peculiar privilege of sharing some amazing and chilling firsthand accounts of both ghostly encounters and those who have seen UFO’s. All of these happening in the state of Texas. Being the second largest state in the US and the largest by far among the 48 domestic zoned states there are thousands of square miles of history making sites, Indian burial mounds, pioneer graveyards, battlefields, and even remnants of the old “Pony Express” route where stage coaches delivered mail, transported passengers, and even stopped so their patrons could take hot steam baths in route to their destinations.

On a lonely street

Gary was a good friend of my brother while he attended junior high and high school. They became inseparable buddies, getting into mischief, racing cars, and having a few beers on a Saturday Night. Gary came from a blue collar family with a father who was often gone as a trucker and his mother being an office manager. He worked a paper route job after school. One night was he bundled and wrapped newspapers on the curb of a North Dallas neighborhood beneath a dim street lamp a strange encounter occurred. Gary was a straight forward guy who got right to the point. He didn’t have the time or patience to waste people’s time with fake stories, and what he saw that night changed his mind about the paranormal forever!

As he sat alone on the street in the gloom of a weekend night the strange noise of shuffling feet eerily echoed from down the road. At first he couldn’t make out the direction or source of the sound. Finally looking down the long paved street he saw in the distance a little figure coming his way. The shuffling of feet seemed to be coming from the child-like figure coming toward him. As Gary watched he seemed to be able to make out what looked like a young boy. 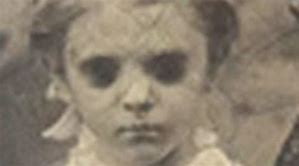 The child was dressed in a 1940’s sleep outfit that resembled a full length, one piece night gown looking more like a striped shirt with a long shirt tail untucked at the bottom. The boy was wearing a night cap as well. Oddly, he had his hands folded in front of him as she shuffled along making this loud noise on the pavement as he moved closer with a transfixed expression on his face.

Gary, thinking it might be a kid sleep walking and had not yet taken too much alarm out of the bizarre situation that was, until the little shuffling figure passed beneath the next regularly spaced street lamp closest to Gary’s seated position. As the small figure moved across the sidewalk now illuminated by the light post from above Gary saw that the figure was translucent! He could almost see right through the child-like entity that was walking toward him. Immediately he was paralyzed with fear! Now, he knew he was not witnessing a normal event! No, he was staring at the ghost of a child rigidly shuffling its feet as it made its way down the lonesome street! Never uttering a word as it passed through the night! 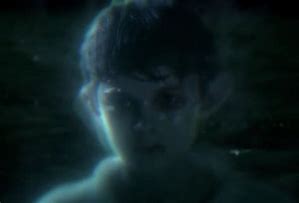 No need for this job

Needless to say, Gary did not stick around to ask questions! He took off on a dead run leaving not only a stack of newspapers he was supposed to have delivered, but even his bicycle! That was the last of his paper route job. He never returned to his job again. After a few inquiries in the neighborhood and among kids who lived in the area once he was back at school there were some interesting facts that turned up.

A child some years before had been drowned in a creek that paralleled the street that was part of Gary’s paper route. Rumor had it that either during a storm or a freakish ground tremor that had changed the course of the creek so that the young boy had been swept away by flood waters. The creeks in the area have deep culverts more than 10 to 12 feet and are wide. Children love to play in them during most times of the year when there are no storms raging or the rainy season is underway, but sudden flash floods can transform a babbling brook into a rushing wall of surging destruction that can sweep away an adult and even snag someone underneath tangled up tree branches or underbrush when rising waters scour the creek bed. Gary would never forget that bizarre rendezvous with the unexplained as he sat on a quiet dimly lit street in the dead of night wrapping newspapers and hearing the odd shuffling sound that led to his unnerving encounter.

In Part II we will explore more unearthly encounters from Texas eye witnesses. 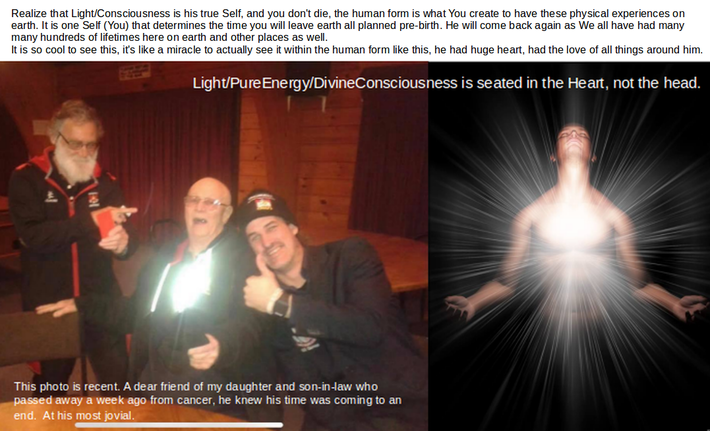 The Cern machine finding the 'god particle' of which they say they found gives much thought to discern for many. If the god particle they found has no mass, what then is holding this mass (our physical world) together? 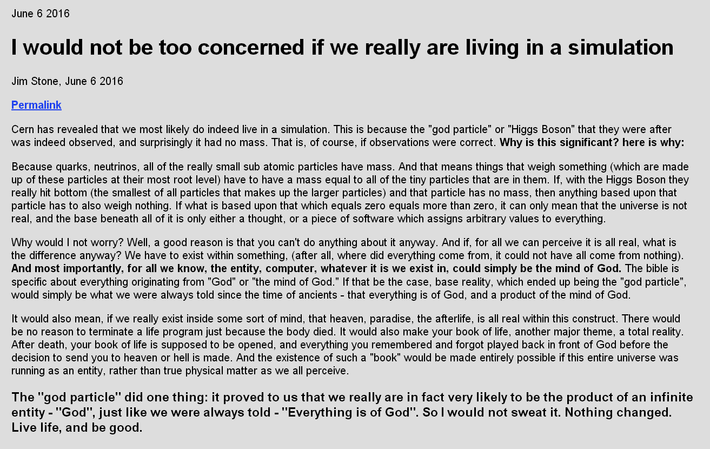 Yes We ourselves are of the Light - meaning the higher frequency (omniprecence) E-N-E-R-G-Y PureEnergy/DivineConsciousness. This is Source experiencing all parts of It Self in the multiples, having physical experiences in all forms and variety on earth/Gaia... You are It...

"You are consciousness. Your body is in your consciousness, not the other way round--you are not consciousness inside of a body. Your consciousness formed the body necessary for your needs and lessons while on earth. When you realize this you will find you are no longer quite so subject to world beliefs that say that you are at the mercy of your body.

Your whole world is within your consciousness--the weather, friends near or far, family, beliefs. Everything exists in consciousness and nothing exists outside of consciousness. Each must ask; "What do I entertain in my consciousness? What beliefs, what concepts, what ideas, etc do I hold?"

A spiritually evolved consciousness of truth and Light will manifest outwardly in whatever forms necessary for your highest good..."
~onenessofall~

Everything is energy.  This is why nothing dies, it becomes another form of energy.  In our material realm (which exists at a certain energetic frequency), things appear to be solid.  But at another realm of different energetic frequency, they do not. Albert Einstein and the Fabric of Time. Albert Einstein concluded in his later years that the past, present, and future all exist simultaneously.  If the past, present and future exist simultaneously, then energies with different frequencies (that would not appear to us as solid) also exist in the material world, though we normally cannot see them.

We are as much alive the otherside as we are this physical side. They are either lost souls, or choose to be in that part, to remain in earth's energies and don't know they're not in physical form any more, and either forgotten, or don't know that they must move on. Unless someone tells them to go to the Light, they could be there for eternity, and also, they could be held back by those grieving for them this physical side.

The Light (higher frequency energy-omnipresence) in reality is what they are, but they have forgotten. These religions being preached to the majority of people this physical side can do that to those who pass over and they await and expect their rigid bible religious beliefs to manifest the other side, but that will never happen, because they already are what's being preached to them this physical side. By staying here in earth's energies they become energy vampires.

The Vatican pope uses them for his dark spiritual spy networks, the satanic sacrifices (PureEnergy of children being killed beaten down by fear and terror)  are probably payment to those on the otherside spying for him.

cheeki kea commented on stormtruther's status
"s.t. They have to know where to look, at any given moment in time in any number of places, and they…"
4 hours ago

A massive explosion rocked a northwest Houston neighborhood and the blast was felt all across the region Friday morning. It happened around 4:25 a.m. and ori...
4 hours ago
0 Comments 0 Favorites

"that ugly prick is me"
5 hours ago

"What makes you think they are donuts ? At a quick guess I would say sugar and cinnamon bagels. In…"
6 hours ago

James Roberts replied to MAC's discussion 10 Jan CFR Pres. Richard Haas: “USMCA is NAFTA plus TPP plus a few tweaks.” – AND, Trump Hasn’t a Clue!
"It's not his advisors. He is known for surfing the web, looking at unapproved websites. He…"
6 hours ago