When Anders Tegnell, the architect of Sweden's strategy, said during an interview that he would have done things "differently" if given a second chance, the Western press, including the NYT, rushed to frame this as an admission of guilt for failing to order the types of restrictive lockdowns seen in other European countries. Tegnell later clarified that this isn't what he meant at all.

What's more, in Sweden, deaths have declined nearly to zero. And since the country's economy has remained open this whole time, there's little risk of resurgence when whatever minimal restrictions are still in place are finally lifted. 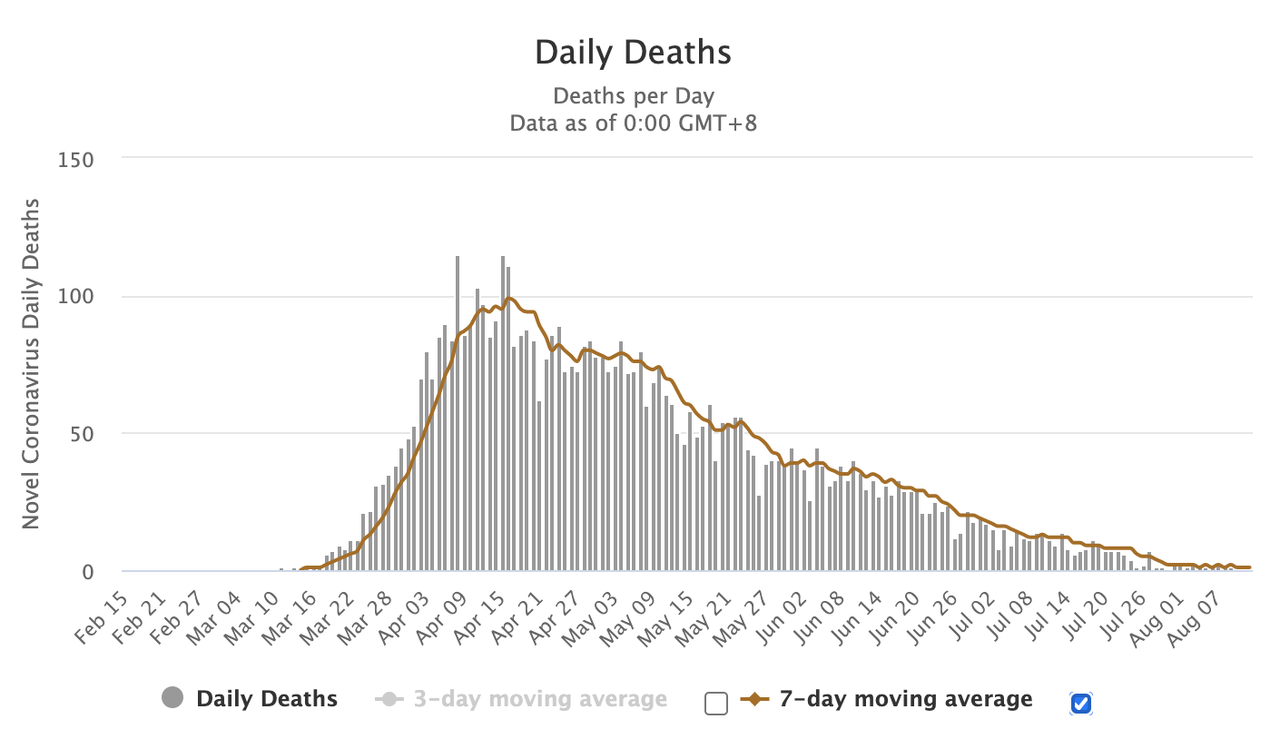 In a column published Thursday, The Telegraph's Allister Heath argued that Sweden's success at fighting the virus while minimizing economic damage elucidates the depth of the British medical establishment's incompetence, as it was Britain's health experts whose advice PM Johnson assiduously followed.

Read an excerpt from the column below (courtesy of the Telegraph):

So now we know: Sweden got it largely right, and the British establishment catastrophically wrong. Anders Tegnell, Stockholm’s epidemiologist-king, has pulled off a remarkable triple whammy: far fewer deaths per capita than Britain, a maintenance of basic freedoms and opportunities, including schooling, and, most strikingly, a recession less than half as severe as our own.

Our arrogant quangocrats and state “experts” should hang their heads in shame: their reaction to coronavirus was one of the greatest public policy blunders in modern history, more severe even than Iraq, Afghanistan, the financial crisis, Suez or the ERM fiasco. Millions will lose their jobs when furlough ends; tens of thousands of small businesses are failing; schooling is in chaos, with A-level grades all over the place; vast numbers are likely to die from untreated or undetected illnesses; and we have seen the first exodus of foreigners in years, with the labour market survey suggesting a decline in non-UK born adults.

Pandemics always come with large economic and social costs, for reasons of altruism as well as of self-interest. The only way to contain the spread of a deadly, contagious disease, in the absence of a cure or vaccine, is to social distance; fear and panic inevitably kick in, as the public desperately seeks to avoid catching the virus. A “voluntary” recession is almost guaranteed.

But if a drop in GDP is unavoidable, governments can influence its size and scale. Politicians can react in one of three ways to a pandemic. They can do nothing, and allow the disease to rip until herd immunity is reached. Quite rightly, no government has pursued this policy, out of fear of mass deaths and total social and economic collapse.

The second approach involves imposing proportionate restrictions to facilitate social distancing, banning certain sorts of gatherings while encouraging and informing the public. The Swedes pursued a version of this centrist strategy: there was a fair bit of compulsion, but also a focus on retaining normal life and keeping schools open. The virus was taken very seriously, but there was no formal lockdown. Tegnell is one of the few genuine heroes of this crisis: he identified the correct trade-offs.

The third option is the full-on statist approach, which imposes a legally binding lockdown and shuts down society. Such a blunderbuss approach may be right under certain circumstances – if a vaccine is imminent – or for some viruses – for example, if we are ever hit with one that targets children and comes with a much higher fatality rate – but the latest economic and mortality statistics suggest this wasn’t so for Covid-19.

Almost all economists thought that Sweden’s economy would suffer hugely from its idiosyncratic strategy. They were wrong. Sweden’s GDP fell by just 8.6 per cent in the first half of the year, all in the second quarter, and its excess deaths jumped 24 per cent. A big part of Sweden’s recession was caused by a slump in demand for its exports from its fully locked-down neighbours. One could speculate that had all countries pursued a Swedish-style strategy, the economic hit could have been worth no more than 3-4 per cent of GDP. That could be seen as the core cost of the virus under a sensible policy reaction.

"Indeed, saw the vid, was funny as shit. Too bad someone couldn't have brought a marble bust…"
11 hours ago

James Roberts left a comment for Freedomrox
"Thank you for your informative posts!"
11 hours ago