London (AFP) - Britain's biggest retailer Tesco is to install screens at its petrol stations that scan customers' faces so that advertising can be tailored to their age and gender.

The world's third biggest supermarket chain will install the hi-tech screens at the tills of its 450 British petrol stations, according to Amscreen, the digital advertising firm that developed the technology.

Amscreen chief executive Simon Sugar admitted that the devices were "like something out of 'Minority Report'", the 2002 sci-fi movie directed by Steven Spielberg.

Without the need for money, advertising is one of the things that will vanish...along with banking, insurance, Wall Street, sales, cashiering... 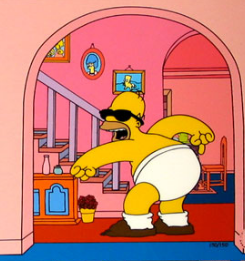 I would never shop with those scum anyway.

Mr. Sizzle replied to King Of Cups's discussion Bitchute Video: Who was Bill Gates before Microsoft
"The"
25 minutes ago

King Of Cups replied to King Of Cups's discussion Bitchute Video: Who was Bill Gates before Microsoft
"And those were the good days..."
38 minutes ago

Less Prone replied to King Of Cups's discussion Bitchute Video: Who was Bill Gates before Microsoft
"Paul Allen to Bill Gates; "Some days working with you is like being in hell.""
41 minutes ago

King Of Cups commented on Less Prone's blog post Bill Sperm Gates and Pedigree Philantrophy
"Gates believes that he is some kind of g-d who can decide who dies... Too many people on the planet…"
46 minutes ago

King Of Cups commented on King Of Cups's blog post Updated: FEAR INC: Fauci on CNN "200,000 Americans "could" die of coronavirus" see Fauci's recently co-published paper
"Are there any other kind of vipers??? "You are a den of vipers. I intend to rout you out and…"
58 minutes ago

"Pretty soon it will be dig them up and count them again..."
1 hour ago

King Of Cups commented on THE CLEANER's photo

"I bet people killed in car accidents will have had the virus."
1 hour ago

King Of Cups replied to King Of Cups's discussion Bitchute Video: Who was Bill Gates before Microsoft
"That and more..."
1 hour ago

"No State relying on printing money from the thin air survived 200 years. Ticks all the boxes...."
1 hour ago

Mr. Sizzle replied to King Of Cups's discussion Bitchute Video: Who was Bill Gates before Microsoft
"Bill Gates is essentially a DARPA frontman pushing illegal and toxic vaccines on…"
1 hour ago