The legislation is very unspecific as to how such facilities must be designed or how many square feet of space must be used. Council members supporting the bill have argued that this is the best decision as it let's the free market decide the details.

The first business that is obeying the legislation is Big Bubba' s Shootin Pit, an indoor/outdoor gun range that just broke ground on their new building in February after their old building was condemned due to bullet hole rot.

"Our permits were already in hand when the law passed", said the owner Bubba Smith. "We've supported the legislation since inception because nobody should have to piss next to someone they are afraid of. So we've added a large urinal trough in the vacant lot next door. It's a good size urinal of six feet in length, three foot width, and 10 feet deep. It might not be the best facity some would want but it'll serve it's purpose." 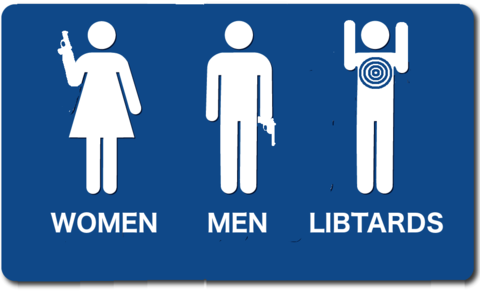 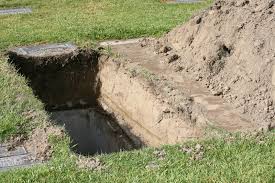 A Texas town without steers.  I'm just gonna sprinkle some glitter on this dirt pile. There you go LGBTQP. Yeah, it's really a third gender bathroom just for you.

James Roberts commented on James Roberts's blog post TWENTY-TWO Experts Questioning the Coronavirus Panic
"When people figure out it isn't that bad, they'll spin it by saying the fatality numbers…"
5 minutes ago

James Roberts commented on James Roberts's blog post TWENTY-TWO Experts Questioning the Coronavirus Panic
"I would say they are just coming up with a reason to re-order society socially and economically, on…"
35 minutes ago

James Roberts commented on James Roberts's blog post TWENTY-TWO Experts Questioning the Coronavirus Panic
"GoS - Thanks for asking. Reminds me to include Corbett's video, in which he spells out some…"
39 minutes ago

Guardian of Scotland commented on James Roberts's blog post TWENTY-TWO Experts Questioning the Coronavirus Panic
"I do not know what to make of all of this.  What is the truth? In America how many have…"
5 hours ago

"Lol that was great lol"
8 hours ago

"Hoping that you are safe and well. People like you will be the key to rebuilding this county after…"
8 hours ago

PLEASE WATCH AND LISTEN THIS A VERY WELL RESPECTED DR IN THIS FIELD OF VIRUSES WITHIN THE U.K PLEASE DONT BELIEVE EVERYTHING YOU READ OR SEE ON THE GOVERMENT...
10 hours ago
0 Comments 1 Favorite

James Roberts replied to steve's discussion Hey All, Check this crazy vid out--It's like "human clones/robots shorting out
"The people that collapsed near politicians, the pols probably were vampirically draining their life…"
13 hours ago