In Washington, DC, Mayor Muriel Bowser and Police Chief Cathy Lanier lay a wreath at the National Law Enforcement Officers Memorial.  I suppose just another planned activity among the political and civil elite's daily calendar.  Yet, it's a baseless supposition.  The Memorial in Washington, D.C., at Judiciary Square, honors 20,267 U.S. law enforcement officers who have died in the line of duty throughout history.  On Friday morning, 5 more names were added: Brent Thompson, a 43-year-old transit police officer; Patrick Zamarripa, a 32-year-old police officer who served three tours in Iraq with the U.S. military; Michael Krol, a 40-year-old officer who joined the Dallas police in 2008; Lorne Ahrens, a former semi-pro football player and 14-year veteran of the Dallas police; and Michael Smith, a father of two who liked to give stickers to the children at his church.  Why were they added?  They were assassinated during an insurrection in Dallas, Texas.  Who shielded the assassin?  Black Lives Matter's virulent and fervent protests against law enforcement officers provided the perfect cover for the hate filled assassin.

Throughout the country, the condemnation of police as "white racist psychopaths seeking to practice genocide on black males" erupted.  The racial stoking led many to support the assassinations of police officers, not just in Dallas but, around the country:

“Next time a group wants to organize a police shoot, do like Dallas...
“Dude hell yeah someone is shooting pigs in dallas. Solidarity,” co...
“DALLAS keep smoking dem pigs keep up the work,” remarked another.

Who led the protests?  Long gone are the days of Jesse Jackson and Al Sharpton radically "taking it to the streets".  The progressive media's favorite race-baiting organization du jour is Black Lives Matter, an organization opposing "state" protected violence against the poor and minorities. 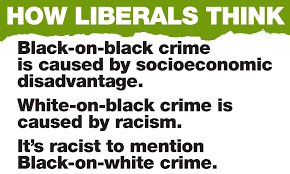 Black Lives Matter and its media sycophants have convinced many in the public that there is a sickening  national conspiracy by white police officers against black males.  Founded in resentment of the judicial prosecution of George Zimmerman for the death of Trayvon Martin, the radical organization presents Michael Brown, Eric Garner, and Freddie Gray as recent martyrs of the Movement and evidences of their conspiracy theory.

"Black Lives Matter is an ideological and political intervention in a world where Black lives are systematically and intentionally targeted for demise."

Having failed to make Baltimore or New York a burning Ferguson, they seek their next opportunity to drive the narrative, raise image and funds and emotionally provoke Americans to seek justice through the Courts of Public Opinion.  Ta-Dah, I give you Louisiana and Minnesota!  Two black suspects, one in Baton Rouge, Louisiana and the other in Falcon Heights, Minnesota, were shot and killed on successive days.  Alton Sterling and Philando Castile, are killed by police within 48 hours of each other.  Democrat governors in each state throw their police under the bus without fully considering the need for the fullest of investigations.  Without exerting due process, progressives unite in condemning the police as bad actors and seeking the political will to prosecute them publicly and disarm the American people.  The Nation so divided with rage and speculation that the President of the United States, Barack Obama, addresses the world from the North Atlantic Treaty Organization's (NATO) meetings in Warsaw, Poland.  Why NATO?  Well, since the invasion of radical Mohammedans into Western Europe, terrorism threats have encouraged Britain to leave the European Union.  A sincere anti-Obama choice by the British.  The Middle Eastern terrorist threats and Russian expansion efforts have put the NATO nations on pause.  NATO knows that ISIS, formerly known as the JV Team, is more threatening to the US and Europe through lone wolf attacks than ever.

The Insurrection: Under Democrat Leadership, Domestic and Foreign Terrorism Flourishes and Rule of Law Perishes
http://thevoiceofliberty.blogspot.com/2016/07/the-insurrection-unde...

Interesting read. This is NOT the 'left/right' bullshit this is just bull shit. It is about power and control of real people through political means. All these events, I believe, are created problems and executed to cause a reaction in which the PTB already have a solution. It seems obvious this is a classic 'Hegelian' dialectic set-up to gain great 'STATE' control of everything..., and it is working.