“Well we need to know a couple of things, number one we need to know how the world’s premier law enforcement agency managed to lose five months worth of texts and what’s also troubling is in the texts we do have, they’re discussing how to avoid texts being captured and secured,” said Gowdy.


He continued, “So, what’s missing is important, but also what’s there is important. It is manifest bias, not just against Trump, but against his kids, against his business interest. There’s a text where they hope the Trump Hotel fails. That is a level of bias that you rarely see and you never see from law enforcement officers.”

“What’s also troubling to me is this text that Johnny Ratcliff found last night about this ‘Secret Society.’ Now, I have no clue what that means, that was not the phraseology I used, but it’s the day after the election, it’s the same two people that were discussing a little bit later in the texts the damage they had done with the Clinton investigation and how they could, quote, ‘fix it,’ and make it right. That is a level of bias that is stunning among law enforcement officers,” Gowdy stated.

But we recruit the Best and Brightest into government agencies and that is the Bed Rock of our society. 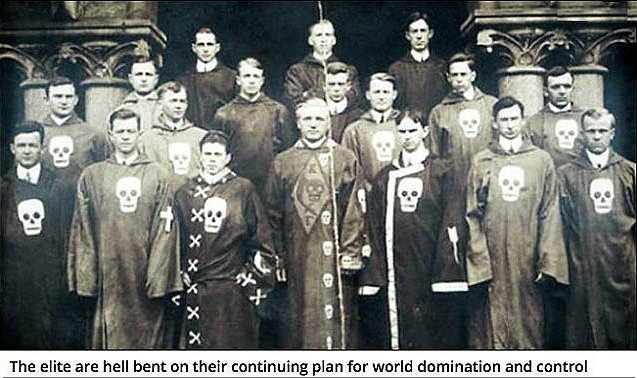 Patrick Conway replied to The One's discussion Time to Pay, Time to Collect.
"Huh?!"
4 hours ago

"I’m not defending this just putting it out there.  I’m open to the unknown and…"
10 hours ago

"@Patrick Conway: Yes sir and you’re correct.  Most people have maybe one or two can…"
12 hours ago

"I’ve been seeing this and it’s very freemasonry and creepy.  How did Lockwood get…"
12 hours ago

For a refresher: Miles Guo is a Chinese dissident billionaire who managed to escape the CCP, and…See More
15 hours ago
0 Comments 0 Favorites