On Saturday President Trump held a much anticipated and crucial phone call with his Turkish counterpart Tayyip Erdogan at a moment tensions are soaring over Idlib, and after a week of direct confrontations between the Syrian and Turkish armies left scores dead and wounded on either side.

Turkey's foreign minister said the two leaders discussed the unfolding crises in Syria and Libya — both places where Turkey is controversially intervening militarily — as well as the White House's peace plan for the Israel-Palestine conflict, which Erdogan in no uncertain terms has rejected. And though few details were given, the two reportedly agreed for the resumption of US-Turkey trade talks. 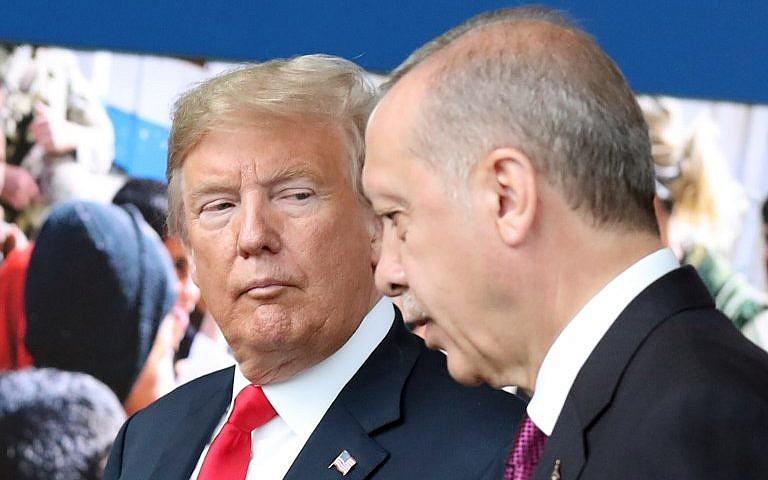 As expected the two condemned the Syrian Army advance into Idlib, calling the military offensive with Russian support "unacceptable". This after last week the US dispatched special envoy for the region James Jeffrey to Ankara, where the diplomat verbalized full support to "our NATO ally Turkey".

"Stressing that the regime's most recent attacks are unacceptable, the president and Trump exchanged views on ways to end the crisis in Idlib without further delay," the Turkish presidency said in a statement.

Turkey is worried about record-number refugee displacement as hundreds of thousands are reportedly now fleeing to the border, while Damascus and Moscow have charged Turkey with protection terrorists operating in Idlib. They expressed their desire for an immediate halt to the fighting.

On the issue of Trump's 'Deal of the Century,' Erdogan reiterated during a separate remarks to reporters on Saturday:

"I would like to state once again that this so-called peace plan is nothing but a dream that threatens the regional peace and tranquility,” Erdogan told reporters upon his return to Turkey after his Pakistan visit.

"They make up so many new covid stories it's hard to guess what might come next. Masks and…"
4 hours ago