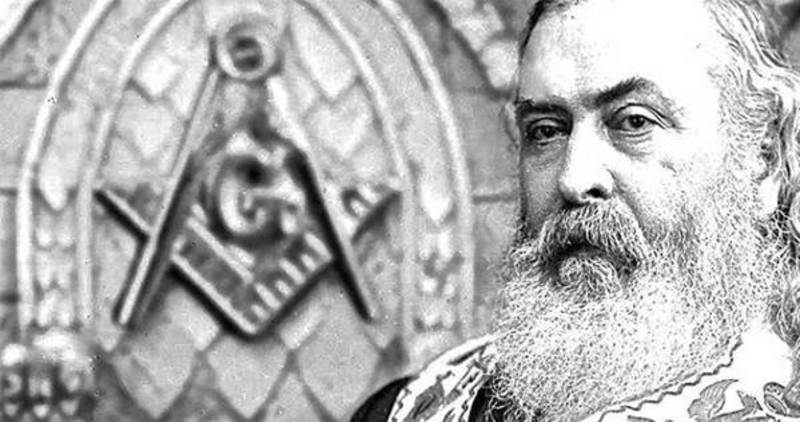 Time to cull the goyim (again)? You notice there are no Israeli feet on the ground.
'Evil and catastrophe are endemic factors in the process of creation. Without evil, there could be no good. Without destruction, creation could not take place.' -- Byron L. Sherwin, author of 'Kabbalah: An Introduction to Jewish Mysticism'
Updated from Feb 2019
by Henry Makow PhD
Albert Pike (1809-1891) was the Sovereign Grand Commander of the Scottish Rite's Southern Jurisdiction for almost 50 years. He was also a founder of the KKK.
In a letter to fellow Satanist Giuseppe Mazzini, dated August 15, 1871, he predicted there will be three world wars contrived to bring about Masonic Jewish banker world government. 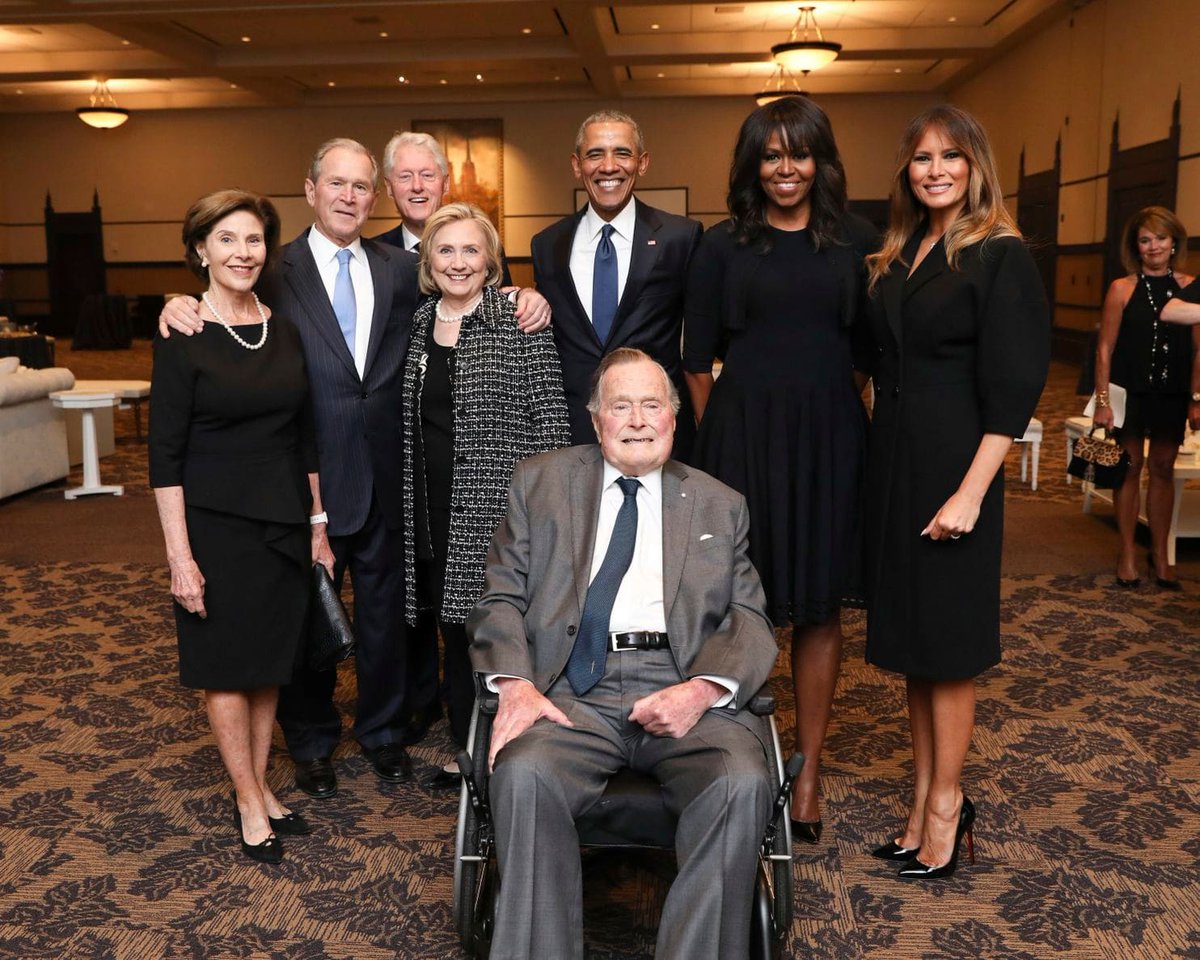 (left, Illuminati traitors. Donald took the pic)
"The Third World War must be fomented by taking advantage of the differences caused by the "agentur" (agents) of the "Illuminati" between the political Zionists and the leaders of Islamic World. The war must be conducted in such a way that Islam (the Moslem Arabic World) and political Zionism (the State of Israel) mutually destroy each other."
The two sides in this conflagration are taking their places on stage.  Clearly, Iran and its allies Russia and China represent the Islamic world. The US, Israel and their allies are the "political Zionists."
At a conference on Iran in Warsaw in February 2019, Netanyahu tweeted that he is seeking "war with Iran."
Vice President Mike Pence accused Iran of plotting "a new holocaust" designed to wipe Israel from the map. He urged EU to boycott Iran. Netanyahu tweeted Thursday that the US-Israel friendship is at "an all-time high."
Secretary of State Mike Pompeo told reporters that "Iran's proxies" in Yemen, Lebanon, Iran and Syria pose "the biggest threats in the Middle East." The US is in talks to send more troops to Poland.
It's unclear as yet, which side the EU will be on. Venezuela might be a good indicator. Supporters of Guaido tend to be in the Zionist camp. This would include Canada, Australia and the EU. On the other hand, the EU is resisting US pressure to boycott Iran.
How about the UK? Also in the Zionist camp. In the wake of Suleimani's murder, UK is sending forces to the Persian Gulf.
And to add spice to the broth, we learned that the US has developed a missile-borne "mini" nuclear payload that would allow it to taste-test nuclear armageddon.
Pike's letter was revealed to the world by William Guy Carr in his 1958 book Pawns in the Game. Terry Melanson has tried to debunk this letter but in my view, the truth is never a hoax. The accuracy of Pike's predictions, even from 1958, speaks for itself:

(They're all Masons. The media criticizes his every move yet ignores this? Proves it's all a charade.)
"The First World War must be brought about in order to permit the Illuminati to overthrow the power of the Czars in Russia and of making that country a fortress of atheistic Communism. The divergences caused by the "agentur" (agents) of the Illuminati between the British and Germanic Empires will be used to foment this war. At the end of the war, Communism will be built and used in order to destroy the other governments and in order to weaken the religions."
"The Second World War must be fomented by taking advantage of the differences between the Fascists and the political Zionists. This war must be brought about so that Nazism is destroyed and that the political Zionism be strong enough to institute a sovereign state of Israel in Palestine. During the Second World War, International Communism must become strong enough in order to balance Christendom, which would be then restrained and held in check until the time when we would need it for the final social cataclysm."
(Readers who argue that the terms Nazism and Zionism were not known in 1871 should remember that the Illuminati invented both these movements. In addition, Communism as an ideology, and as a coined phrase, originates in France during the Revolution. In 1785, Restif coined the phrase four years before revolution broke out. Restif and Babeuf, in turn, were influenced by Rousseau - as was the most famous conspirator of them all, Adam Weishaupt.)
"The Third World War must be fomented by taking advantage of the differences caused by the "agentur" of the "Illuminati" between the political Zionists and the leaders of Islamic World. The war must be conducted in such a way that Islam (the Moslem Arabic World) and political Zionism (the State of Israel) mutually destroy each other. Meanwhile the other nations, once more divided on this issue will be constrained to fight to the point of complete physical, moral, spiritual and economical exhaustion shall unleash the Nihilists and the atheists, and we shall provoke a formidable social cataclysm which in all its horror will show clearly to the nations the effect of absolute atheism, origin of savagery and of the most bloody turmoil. Then everywhere, the citizens, obliged to defend themselves against the world minority of revolutionaries, will exterminate those destroyers of civilization, and the multitude, disillusioned with Christianity, whose deistic spirits will from that moment be without compass or direction, anxious for an ideal, but without knowing where to render its adoration, will receive the true light through the universal manifestation of the pure doctrine of Lucifer, brought finally out in the public view. This manifestation will result from the general reactionary movement which will follow the destruction of Christianity and atheism, both conquered and exterminated at the same time."
The important point is that wars are always orchestrated. The Third World War will be orchestrated by agents of the Illuminati on both sides, as were the First and Second.
Another important point is that Israel will be destroyed? I find this hard to believe. The Rothschilds are personally involved in building Israeli institutions like the Knesset and Supreme Court. Nevertheless, it is consistent with what insider Svali revealed 20 years ago.
The good news is, why would they re-engineer us if the plan is to kill us all?
Is nuclear war Plan A or Plan B?

I cannot see nuclear war necessarily benefiting anyone even the globalists unless used tactically and that's way too risky. Even if they have their DUMBS everything still needs to be provided eventually from the surface so the Morlocks can't survive by destroying it!

Correction: The illuminati DID NOT INVENT National Socialism.

And in the end the Muslims and Israel are going to be mutually destroyed, and the western world as collateral damage. What will then take over the planet?

Sorry but I concur with Captain Pike! 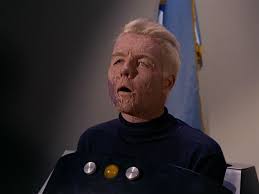 IMO Trump should remove all troops and equipment out of the middle east, cut all ties in the area and allow them all to return to the good old days killing each other.

plus deport all Muslim's out of America so they can enjoy the fun times with the rest of them.

Better fortify our Wide open Canadian border, that is fast becoming a Muslim country thanks to their prime minister.

Hi Chris, according to my research the Albert Pike letter to Mazzini was a hoax perpetrated by William Guy Carr in his book “Pawns in the Game”.  I have the book and it is mostly historically accurate but the letter just doesn’t seem like something written from that time period.  No doubt Pike was Satanic Freemason scumbag for sure, Carr just fell victim to some inaccurate misinformation.

Here are my sources:

"For some reason s.t I get the feeling you might be one one those "say nothing, Lets wait And…"
19 minutes ago

Mr. Sizzle commented on Dr. Frederick Meekins's blog post Greatest Story Ever Told's Opening Act Tweaked To Advance Leftwing Agenda
"California is really a beta test for them to see how far they can go. Gun legislation, vaccine…"
7 hours ago

"It’s the plan. They know that a white society cannot support and maintain a civilized society…"
7 hours ago

Doc Vega commented on Doc Vega's blog post The True Legacy of Martin Luther King
"James you are very correct! Many of our heroes are very predatory beasts when it comes to the…"
8 hours ago

"Thank you, Steve. Indeed. One cannot serve two masters. Not one word out of Trump about the…"
8 hours ago

"Usually when I post one of Dore's videos, someone will come along and post six, to move it way…"
8 hours ago