Source: http://www.fox11az.com/news/local/Judge-Blocks-Parts-of-SB1070-9947...
In a huge legal victory for opponents of the law, a federal district judge in Phoenix has blocked key portions of SB1070, the tough new
immigration law scheduled to take effect at midnight tonight. 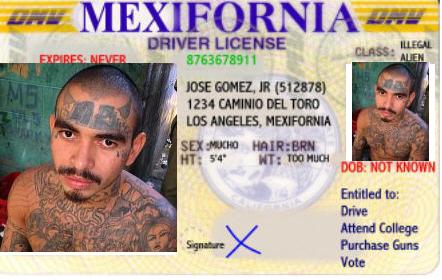 Arizona Governor Jan Brewer, in an interview with Fox 11 reporter Delane Cleveland moments after the ruling was issued, called it a "bump in the
road".

'It's a temporary bump in the road'
Lawyers for the state contend the law was a constitutionally sound attempt by Arizona — the busiest illegal gateway into the country — to
assist federal immigration agents and lessen border woes such as the
heavy costs for educating, jailing and providing health care for illegal
immigrants.

"It's a temporary bump in the road, we will move forward, and I'm sure that after consultation with our counsel we will appeal," Brewer told the Associated Press. "The bottom line is we've known all along
that it is the responsibility of the feds and they haven't done their
job so we were going to help them do that."

The ruling came just as police were making last-minute preparations to begin enforcement of the law and protesters were planning large demonstrations to speak out against the measure. At least one group
planned to block access to federal offices, daring officers to ask them
about their immigration status.

The law will still take effect Thursday, but without many of the
provisions that angered opponents -- including sections that required
officers to check a person's immigration status while enforcing other
laws. The judge also put on hold a part of the law that required
immigrants to carry their papers at all times, and made it illegal for
undocumented workers to solicit employment in public places. Judge
Bolton put those controversial sections on hold until the courts resolve
the issues.

Opponents say the law will lead to racial profiling and is trumped by federal immigration law.

The judge said Arizona's interest do not "trump" the right of the federal government to manage immigration issues.

First reaction to the ruling came from Arizona Attorney General Terry Goddard, generally expected to be Governor Jan Brewer's opponent in the
November general election in the race for Governor. Goddard said, "Jan
Brewer played politics with immigration, and she lost. Rather than
providing the leadership Arizona needs to solve the immigration problem,
Jan Brewer signed a bill she could not defend in court which has led to
boycotts, jeopardized our tourism industry and polarized our state."

State Senator Russell Pearce of Mesa, who sponsored the legislation in
the Arizona Legislature, told reporters immediately after the ruling
that the state will appeal "immediately". 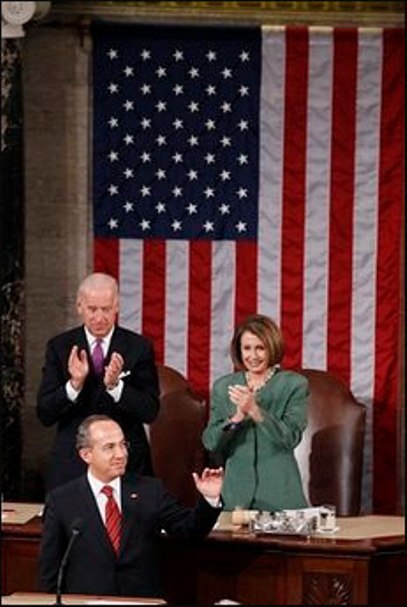 
The law, designed to seek and deport illegal immigrants in a state that is the principal gateway for illegal border crossers, had provoked intense debate from coast to coast, drawing support in several polls but generating boycotts of the state by major civil rights groups and several cities and towns.

It renewed calls for an overhaul of federal immigration law and led to repeated rebukes of it from President Obama and Attorney General Eric H. Holder Jr., who maintained that immigration policy is under the purview of the
federal government, not individual states. The Mexican government,
joined by seven other Latin American nations, supported one of the
lawsuits against the law; the attorneys general of several states backed
Arizona. 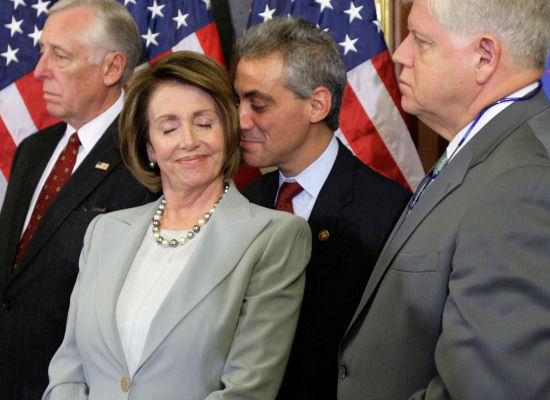 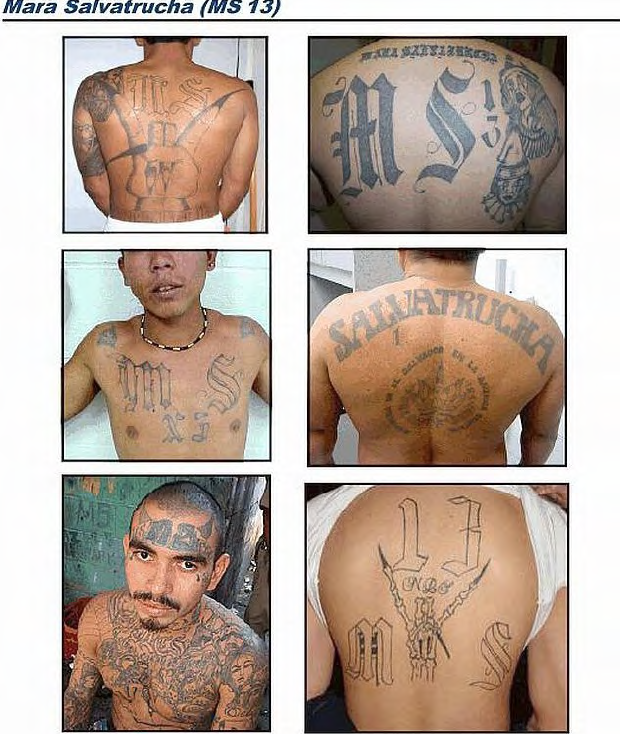 Visit msnbc.com for breaking news, world news, and news about the economy

“This fight is far from over,” said Ms. Brewer, whose lawyers had argued that Congress granted states the power to enforce immigration law particularly when, in their view, the federal government fell short. “In
fact,” she added, “it is just the beginning, and at the end of what is
certain to be a long legal struggle, Arizona will prevail in its right
to protect our citizens.”

By Stephen Dinan -The Washington Times
With Congress gridlocked on an immigration bill, the Obama administration is considering using a back door to stop deporting many illegal immigrants - what a draft government memo said could be "a non-legislative version of amnesty."
more...

(Fox 10) PHOENIX - Authorities say a federal judge in Phoenix has received some threats since her ruling on Arizona's controversial immigration law.

David Gonzales, the U.S. Marshal for Arizona, says U.S. District Judge Susan Bolton has received thousands of phone calls and e-mails since her preliminary injunction Wednesday that put most of the state's immigration law on hold.

Gonzales says some of the messages sent to Bolton are positive, but some of the negative ones are "from people venting and who have expressed their displeasure in a perverted way."

Gonzales says his agents are taking some of the threats to Bolton seriously. He wouldn't say how many there were or whether any threats were coming from recognized hate groups. He also refused to discuss any extra security measures, which U.S. marshals routinely provide federal judges.
Click here for more immigration news

Sheriff Joe Arpaio, the controversial top cop in Maricopa County, Ariz., tells Newsmax he will jail any protesters who attempt to block his jail on Thursday when provisions of his state’s tough new immigration law take effect.

Arpaio also says it’s “great” if undocumented aliens react to the new law and his strict anti-illegal immigration agenda by moving back to Mexico or to the “sanctuary state” of California, and challenges President Barack Obama to invite him to the White House for a “wine summit” to discuss illegal immigration.

Arpaio, whose county includes most of the Phoenix metropolitan area, promotes himself as “America’s toughest sheriff.” He has limited county inmates to two meals a day, banned “sexually explicit material” in prison, reinstituted chain gangs, and set up a “tent city” as an extension of the Maricopa County Jail.

Comment by 7R33SandR0P3S on July 29, 2010 at 8:57am
Porous boarders, drug smuggling (CIA OP), diluting the job market, growing foreign voter block, Bankrupting the States and again, dealing in contraband is all in the plan to take down America.
The CITIZENS ARE ANGRY!! The FEDS need to be rebuilt in the way of the US Constitution. The people will throw the bums out.

Comment by Tara on July 29, 2010 at 1:30am
All I can see is the MSM fueling the fire over this issue whether you're for or against the Arizona immigration law. All this is doing is creating more racial tensions, fighting one another and causing more misunderstandings. I guess I must stand in the minority on this issue here on 12160 but I can take it......well, at least I think I can, lol.

I believe that there needs to be big time reform when it comes to illegal immigration, don't get me wrong. I think for years our Federal Government has dropped the ball on this issue. It seems to me that all they've been trying to do is get people are riled up over the illegal alien issue and watch the mayhem ensue. They'd like to keep us all fighting each other so when the multiple hammers drop, we will all fall in line. One by one the hammers will beat us all down by design. I think there's a Pink Floyd song lingering in there somewhere, lol.

Comment by 7R33SandR0P3S on July 28, 2010 at 5:09pm
We have the threat of forced evacuation of the gulf states - with the armed Zeta pincer coming from the southern boarder - But don't worry about an armed invasion of America

"Mothers ought to write to the school principals and ask: "Proof of claim that you own my…"
1 minute ago