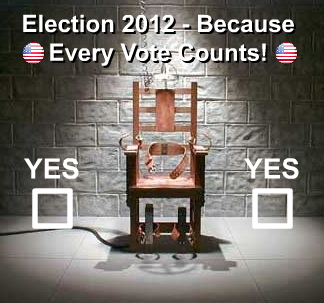 October 04, 2012 "Information Clearing House" - America, you have become a nation of enablers and apologists for tyranny and mass murder. You condemn the Nazi and gulag guards of times past even as you celebrate your own mercenaries and torturers, even as you explain away, if not outright cheer, the unspeakable crimes committed by your sons and daughters. You don’t care who you kill, as long as your soldiers are paid, and your munitions, bomb and tank factories are humming.

Safely ensconced in academic luna parks, your leading intellectuals lean slightly right or left, but never enough to rock this blazing gunboat, lest they sour the cocktail parties or, god forbid, have their tenure revoked. Mouths stuffed with antipasti, they’re expert at sidestepping Israel’s prolific crimes, 9/11, Bin Laden’s faux death or the parasitic Federal Reserve, and as another joke election nears, they’re all gung ho about candidates who back illegal wars and banking frauds, since each is supposedly the lesser of two evils.

For the past five presidential elections, winning candidates have won 52.9%, 50.7%, 47.9%, 49.2% and 43% of the popular votes respectively, so there hasn’t been an overwhelming mandate for any of them, but with the runner ups from the other major party often close behind, and in 2000, actually ahead in the popular vote count, the two-party system has gotten a stranglehold on our public life and pocketbooks. As for our senators, only two are not Democrat or Republican. An American election, then, is basically a rigged referendum for this thoroughly corrupt and murderous system, and simply by voting, you will give it the green light to go on killing and looting. Every four years, we’re railroaded into sanctioning endless war and bottomless corruption. If disappointed, we’re then steered by our brainwashing and dumbing down media to a near clone of our current rapist.

The Good Old Party spooks the upper and middle classes by threatening, If you don’t vote for us, the Dems will take your hard-earned cash and give it to the freeloaders, crackheads and other miscellaneous losers, while the Democrats, in turn, scare the lower rungs by snarling, If you don’t vote for us, the Republicans will let your retired, diapered ass rot under a bridge, on a piece of cardboard, but lordy, lordy, lordy, it is already happening, but let us not sweat the details.

It is fitting that as our most important vote has become nearly meaningless, we’re offered myriad opportunities to vote for all sorts of irrelevant acts and personalities, from singing oafs to dancing buffoons, to steroid-charged sluggers. Americans have never voted so much for so little.

Each party paints the other as the greater evil, though both are equally whorish to a military banking complex that has wrought so much grief and destruction worldwide, including here. As they offshore your job, they may toss you a free cell phone or allow you to wed your same sex lover, but isn’t it time, seriously, we demand that our money be spent responsibly for our benefits? But, no, we can only beg for small change, instead of real ones, and must vote, again, for proven liars and criminals, and hope, against all evidence, that they won’t impale us this time. So how does it feel to have so much evil, deceit and betrayal hardening through the entire length of your being? But what’s worst about this is that you yourself have allowed it to happen, have enabled it, if only symbolically, by voting for one of the two parties that are pro war and pro corruption. They will likely get 99% of your votes, in fact, so America will have endorsed overwhelmingly, again, an openly criminal agenda, and the world will again be aghast.

With his cartoon dynamite, Netanyahu’s recent UN speech brings to mind Powell and his phony chart before the Iraq invasion, but Bush at least tried to convince that a war was necessary, whereas Obama hasn’t even bothered. Ignoring congress and the American public, he simply ordered a massive bombing campaign against Libya, which he mockingly dubbed a “kinetic military action,” unleashed lesser strikes against Somalia, Yemen and Pakistan, and sent terroristic proxies into Syria, all without significant protest from our dozing public or groveling intelligentsia.

Pumped with nonstop propaganda from our corporate media in this mad house of mirrors, we neither see nor care how others perceive us, for even as international protests mount, our flags burnt, our soldiers killed by supposed allies and poll after poll shows us among the most despised nations on earth, we still believe we’re loved and admired worldwide. Our politicians are only too glad to pander to this vanity. Romney, “We have a moral responsibility to keep America the strongest nation on earth, the hope of the earth, the shining city on the hill.” Obama, “Never bet against the United States. The United States has been, and will always be, the one indispensable nation in world affairs.” Only children believe in everlasting anything, but that’s how our daddy and mommy politicians talk to us these days.

So the world will again be aghast, as will posterity, unless we can prove that we’re not behind the winning criminal. Already, nearly half of Americans don’t cast ballots in any election, but we must make this abstention purposeful, as a clear sign of protest and not an act of apathy. The world must see that Americans aren’t all deranged and hypnotized as those who cheer and vote for one lying criminal after another. We’re better than this, so let’s prove it. Imagine thousands in public places, declaring, “NOT IN OUR NAME!” The sooner we can effect a divorce between us and our rogue government, the sooner we can get rid of it. If nothing else, to resist this electoral farce is to wash our hands, partially, at least, of the innocent blood being spilled. It is the only moral decision.

Linh Dinh is the author of two books of stories, five of poems, and a just released novel, Love Like Hate. He's tracking our deteriorating socialscape through his frequently updated photo blog, State of the Union

Echoing somewhat the sentiments of those who advocate a "none of the above" or "no confidence" space on the ballot, Lewis Black has suggested a "Just kill me now" option.

Wow...EXcellent post. Now we just need a plan of action to take "Not in OUR name!" to the streets.

Phase two-- make sure that the new "gubbmint" isn't something worse than we have now! 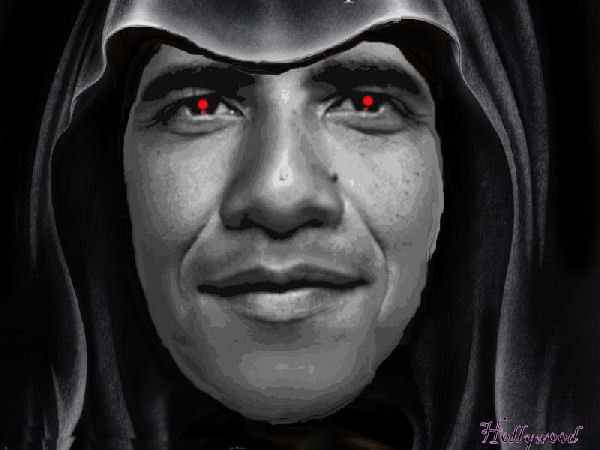 “NOT IN OUR NAME!”  ~ i like it ! Powerful stuff!! everything matters ~ i once told my dad that i didn't tell him something once because i didn't think it would matter he said something i'll never forget he said "everything matters" before my mom passed away she said " remember to let each other know that

YOU MATTER ! a pebble in a lake reverberates and send a wave across the entire lake ~  There is power in the ONE ~ because it takes the one of anything to become two ect ... we all effect everything and every body ~ I am one of the people who may have never met people like the people here nor listened to any thing all you crazy,  radical, people had to say unless it was available on the internet ~ i have been set free from my own prejudice by falling into a net of free thinking beautiful people who have the guts to speak there minds and allow other to do the same ~ in the bottom of pandora's box was HOPE ~ :)

only the "choir" reads this...it has no effect ,sorry.

Excellent work!   A good hard jab to the comatose psyche of the slumbering public.  This death and destruction the US has wrought throughout the world is going to come back upon the American citizens in spades!  No tyrannical empire has lasted the span of written history and they've all met similar, ugly ends!  Great article!

"Voting for death" is like a cancer patient asking for more radiation therapy... knowing that it will ultimately make him/her much sicker, but still they think the poison will cure them.

"Petrus Romanus, the last pope is here."
8 hours ago

"Completely correct Aaron.  For those that don’t know JP Morgan owned and had stock…"
12 hours ago

Less Prone favorited Freedomrox's blog post Coronavirus Is Not the First Mass Killing by Dr. Fauci — How Many Tens of Thousands of Americans Must Die Before Dr. Fauci Loses His Job?
13 hours ago

Chris of the family Masters favorited Phyllis Maka's blog post The Vaccine Hoax is Over. Documents from the UK reveal 30 years of Cover-up. - SOTN
21 hours ago