A message from Michael Tellinger. 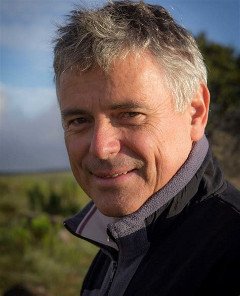 Michael Tellinger is a South African author, politician, explorer and founder of the Ubuntu Party which supports the supply of free resources across society.

FOR MY FRIENDS IN THE USA

Watching the USA from the outside is like watching a great tragedy taking place – with the villains running freely causing more and more destruction – shifting the blame onto those who want to uphold peace and harmony and to simply live a beautiful life.

For all my friends in the USA – please be aware that your country is under full-blown attack by the same Rothschild-funded Bolshevik insurgent agents that have caused most of the destruction and chaos in the world over the past 250 years.

This is the most dangerous organized crime syndicate on Earth. They have killed presidents, started wars, overturned governments, abducted, tortured, extorted, bribed and murdered millions of people to retain their control over most of the world’s governments to date.

Donald Trump is the first leader to have broken that control and removed them from power in the USA by taking control of the Federal Reserve Bank (FED). This is why the attacks on him are so vicious and relentless, and they come from all sides.

Since the USA was always the Rothschild’s strongest territory – to control the rest of the world with its powerful army – these global criminals have pulled out all the stops to overturn a duly elected president.

They have activated and unleashed all their assets to achieve this. Since Trump controls the army and the FED, their main tool is the mainstream media, with its repeating lies and propaganda 24/7 to poison the minds of the people.

They are fighting for their survival. They will lie to your face, use human tragedy and emotion in their favour against you, destroy the economy, destroy cities and monuments, bring down an entire country, kill and deceive everyone – just to achieve victory.

Please be aware of this. If they cannot destroy Trump – they will be finally destroyed after 250 years of global control. If you live in the USA, it is very difficult to get a clear view of the situation, because most of the US media is part of the Cabal and toxic with anti-Trump propaganda.

Trump’s victory will liberate all other countries from the Rothschild control of all central banks and bring freedom to people everywhere. Whether you like Trump or not is not the issue – he is the only world leader who has defeated the Rothschilds by hijacking their central bank in the USA. This happened quietly during March 2020 and without any media coverage, because the media is owned by the same of Rothschild banking empire.

TRUMP’S SUCCESS IS VITAL AGAINST THE DEEP STATE AND THEIR COMMUNIST, BOLSHEVIK AGENTS. IT’S NOT JUST ABOUT THE USA SURVIVING – IT IS ABOUT LIBERATING THE WHOLE WORLD FROM THEIR BLOODTHIRSTY CONTROL.

Inform yourself – be smart – be aware. The freedom of the world depends on your next move, and what happens in the USA in November 2020.

Phyllis Maka commented on Phyllis Maka's blog post New Zealand is going full-blown fascist after Tony Blair advisor installed as prime minister
"Tony Blair is war criminal didn't know she was his adviser it makes sense now. We are not the…"
6 hours ago