"We are everywhere." -- A call for all Sons of Liberty and Three
Pe...

In talking to a reporter yesterday I was asked, "Well, what are you going
to do for an encore (to the Window War)?"

I assured him that I did not think the Window War was quite finished, and that it would
revive with the attempts to "cram down" the global warming and amnesty
bills in the coming months. Indeed, I can foresee that if any GOPer
treats with the declared enemies of the Founders' Republic on these
issues, the windows of BOTH parties will be broken, just as I posited in
my short story The Window War, so many years ago. 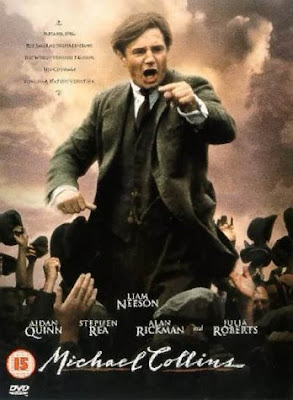 Michael Collins to Royal Irish Constabulary "G Man" Ned Broy: What's this? What's all this? You've been on my heels for weeks. Very eager for a G man.

Broy: I've something for you. (Reaching inside his coat.)

Broy: (Unfazed.) Don't you ever calm down? (Hands Collins a piece of paper.) Names and
addresses of the whole cabinet. They're to be lifted tonight. It's an
illegal gathering... in open defiance of His Majesty's government.

Collins: How'd you get this?

Collins: Why should I trust you?

Broy: Logically, I suppose you shouldn't. But I've been on your heels for weeks... making notes of
your speeches. Let's just say that you can be persuasive.

Collins: You work for the Castle for Christ's sake..

Broy: I know. What was it you said... "Our only weapon is our refusal".

Well, as my Michigan grandma once told me, when life hands you lemons, make lemonade.

Nancy Pelosi has given us a great opportunity in the new "Health Care" Law. She's hiring some 16,000 plus new Internal
Revenue agents to enforce her tyranny. So, why can't some of those be
Three Percenters? I mean, there's a bunch of us out of work, yet we
have clean records and skills that would dovetail nicely with those
required of an IRS agent. Hey, we would also have the advantage of
actually meaning it when they swear us in -- you know, that oath to
"preserve, protect and defend the Constitution of the United States
against all enemies, foreign and domestic."

Indeed, while the private sector is shrinking, government at most levels is still growing,
so the IRS is not the only agency that could benefit from dozens,
hundreds, thousands of Ned Broy's.

Thanks a bunch, Nancy!

So sign up today! Our Dear Leader needs you to enforce the "Health Care" Act! Join. Learn. Lurk in the shadows, and
await the right time and place to muck up the works. And you don't need
a Michael Collins to report to. We have the Internet. Study Fourth
Generation Warfare and open source insurgency at John Robb's Global
Guerrillas site and others. Begin today. Leave no trace. Shut up
about your politics. At the very least, we will cause the IRS to waste
vast amounts of time and money trying to ferret out our Ned Broy's
during the selection process. And if you make it through, study, watch
and wait.

I can see whole reams of internal documents posted anonymously to the web, raids compromised with no one there when the
door lock is blown in by those new 14 inch barrel entry shotguns. I can
see an entire agency in a blue funk, eating at its own vitals.

And for those of you who cannot do this, I have this task which is the best force multiplier suggestion I
can think of.

Today, we must begin a new campaign: We Are Everywhere.

For we are, you know. Our Socialist Mandarin masters like Nancy Pelosi rub elbows with us everyday, though they do not know
it.

We carry their mail and packages.

We check out their groceries.

We clean out their drains, fix their wiring, install their alarm systems and hand them their lattes at Starbucks.

They do not know this. It never enters their minds. Even if they knew it, they wouldn't care. We
have no opinions, they believe, that they are bound to respect. In
truth, they despise us. You can tell that by the sneering names they
call us and by the arrogance with which they corruptly arrange
tyrannical laws.

But they do not know that we are everywhere, passing through, or working in, their offices, their side businesses,
their homes.

It is time to remind them.

Send them the message: We are everywhere.

There is no need to explain further. The message is the message.

So send them the message.

By little notes left in their morning papers.

By email, fax and letter.

It is no threat. "We are everywhere." Who is "we"? What do we mean "everywhere"? The message
is the message. Nothing more is required. I suppose if you wanted to
put a "III" on it, that would be okay, but keep it simple, keep it
effective. The message is the message, and I can just see Eric Holder
and his boys scratching their heads, trying to make a case out of three
little words that by themselves threaten nobody.

Scrawl it in felt-tip pen on the restroom walls of federal buildings.

Leave it in the lockers at the athletic clubs they frequent.

Print it on stickers and slap them on the bumpers of their cars.

Paint it on sidewalks wherever it suits your fancy.

Put it on billboards for everyone to see.

Especially -- soon, thanks to Nancy Pelosi -- within the vitals of the Internal
Revenue Service.

If you agree with this idea, pass it on. Let it go viral.

We are everywhere, Nancy.

Mike Vanderboegh
The alleged leader of a merry band of Three Percenters.
http://sipseystreetirregulars.blogspot.com

PS: Oh, and thanks in advance for employing some of us.

PPSS: Threepers, I especially draw your attention to these guys:
http://www.treas.gov/tigta/careers.shtml. TIGTA is like the "Internal
Affairs" of IRS. Ought to be some great openings for Three Percenters
there. Go for it! 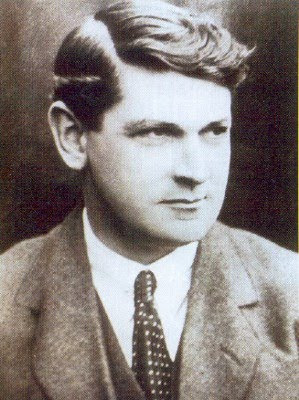 "And remember, lads, find out what they eat for breakfast.".

Comment by Anti Oligarch on June 28, 2010 at 5:36pm
"Live your life that the fear of death can never enter your heart.
Trouble no one about his religion.
Respect others in their views and demand that they respect yours.
Love your life, perfect your life, beautify all things in your life.
Seek to make your life long and of service to your people.
Prepare a noble death song for the day when you go over the great divide.

Always give a word or sign of salute when meeting or passing a friend, or even a stranger, if in a lonely place. Show respect to all people, but grovel to none.

Abuse no one and no thing, for abuse turns the wise ones to fools and robs the spirit of its vision.

When your time comes to die, be not like those whose hearts are filled with fear of death, so that when their time comes they weep and pray for a little more time to live their lives over again in a different way.
Sing your death song, and die like a hero going home."

Reading the post and your replies I can't hold my tears.

You're in my heart, you're in my soul
you'll be my breath should I grow old

Comment by fireguy on June 26, 2010 at 8:53pm
Easier than you might think I used the Govt.'s resources all the time when I worked for them to help educate my co workers about the NWO. Computers, Email. Nothing illegal or unethical about it. People with Govt. purchasing authority can use their discretion to purchase supplies and equipment from known Patriot suppliers to help their businesses prosper with tax dollars, not illegal or unethical either.

"Indeed, saw the vid, was funny as shit. Too bad someone couldn't have brought a marble bust…"
24 minutes ago

James Roberts left a comment for Freedomrox
"Thank you for your informative posts!"
45 minutes ago

James Roberts replied to James Roberts's discussion Military Personnel and Warp Speed
"Thank you, Chris. another thing is that in the US, areas that have had police departments defunded,…"
47 minutes ago

James Roberts replied to Chris of the family Masters's discussion Martin Armstrong- COVID Designed to Subjugate the West
"Thank you for posting this, Chris!"
50 minutes ago