The Hidden Faith of The Founding Fathers 2010

"The Hidden Faith of the Founding Fathers" by Adullam Films, written & directed by Christian J. Pinto. The full presentation is 3 hours long, and covers the ...

I am not wrong...thats why i have a profile pic of washington in masonic garb as an old man HAHAHAHA!!! get over it Mr. Fortenberry this nation was founded by the masonic lodges.I used to believe as you do.America is a nation of religious freedom not one of exclusitivity.

First, Washington was not a member of the Masonic Lodge during the time of the Revolution.  On September 25, 1798, he wrote the following letter to G. W. Snyder:

“I have heard much of the nefarious and dangerous plan and doctrines of the Illuminati, but never saw the book until you were pleased to send it to me.  The same causes which have prevented my acknowledging the receipt of your letter, have prevented my reading the book hitherto; namely, the multiplicity of matters which pressed upon me before, and the debilitated state in which I was left, after a severe fever had been removed, and which allows me to add little more now than thanks for your kind wishes and favorable sentiments, except to correct an error you have run into, of my presiding over the English Lodges in this country.  The fact is I preside over none, nor have I been in one more than once or twice within the last thirty years.  I believe, notwithstanding, that none of the Lodges in this country are contaminated with the principles ascribed to the society of the Illuminati.”

According to this letter, Washington had not entered a lodge more than once or twice between 1768 and 1798.  In another statement, he said that he thought Masonry to be mere child's play.

You are also mistaken about Jefferson's so called Bible.  He never claimed that he was producing a Bible but rather a collection of the teachings of Jesus.  Here is his own description of that book:

"I, too, have made a wee little book from the same materials, which I call the Philosophy of Jesus; it is a paradigma of his doctrines, made by cutting the texts out of the book, and arranging them on the pages of a blank book, in a certain order of time or subject. A more beautiful or precious morsel of ethics I have never seen."

As for the founding fathers never specifically stating which God they followed, let me present the following quote from Benjamin Franklin:

“Christ by his Death and Sufferings has purchas’d for us those easy Terms and Conditions of our Acceptance with God, propos’d in the Gospel, to wit, Faith and Repentance.”

I think that's a pretty clear statement of which God Mr. Franklin believed in.

You are very much mistaken in your claim that if the founders wanted to establish a Christian nation, they would have made Christianity the only religion permitted by the law.  In reality, the very concept freedom of religion is itself a Christian doctrine.  Mr. Pinto erroneously, though predictably, attributed this doctrine to the Jesuits of 1688, but in my book, I provide unquestionable proof that the doctrine of the freedom of religion is a distinctly baptist doctrine which was introduced to England more than seventy years prior to 1688 and to America with the establishment of the Baptist colony of Rhode Island.  According to 19th century historian George Bancroft:

“Freedom of conscience, unlimited freedom of mind, was, from the first, the trophy of the Baptists.”

And finally, you are also mistaken in your opinion that the Christian religion was not codified into law in the Constitution.  The final chapter of my book is available for free on my website, and in it, I present 49 points of direct correlation between the Constitution and the Bible.  You can read that chapter at this link: Hidden Facts of the Founding Era: Conclusion.

I challenge you to take the time to actually read my book, look up all of the original source quotations that I provide and point out to me exactly where I am wrong.  I am even willing to send you a free copy to review.  To request it, just send me an email through the Contact Us page on the Increasing Learning website.

Mr.Fortenberry you ARE DEAD WRONG.It is a well established fact that ALL the founding fathers were members of the MASONIC LODGE.Thomas Jefferson actually had a bible which he ripped out the passages he disagreed with.It is not poor research.It is the correct research.Our founding fathers simply stated there was a god,they were NEVER specific in their thoughts as to which god that was.If they sought to establish this nation along christian lines then they would have made christianity the only religion allowed and they would have codified that into law and the constitution.

Mr. Pinto's film is a prime example of the poor research that permeates the works of those who seek to deny the Christian foundation of the American government. A friend of mine watched this film and became distraught over the idea that all he had been taught about our Christian heritage might be wrong. He asked me to look into the evidence presented in the film and help him figure out the truth. I took the time to look up every single claim that Mr. Pinto made in his film and discovered far more errors than I could possibly include in a single review; so I wrote a book instead.  My book is entitled Hidden Facts of the Founding Era is now available as an eBook or a paperback from this link: Christian76.com

In that book, I provide original source documentation to disprove nearly every claim that Mr. Pinto makes in his film including proof that:

Benjamin Franklin only experimented with deism as a teenager and soon rejected it entirely. At the age of twenty-nine, he wrote three bold defenses of his Christian faith. John Adams called the French Enlightenment thinkers cowards and atheists who were destitute of common sense, and he frequently referred to Jesus Christ as his Savior. George Washington recorded a prayer expressing his acceptance of the sacrifice of Jesus Christ for his sins. He left the Masonic Lodge as a young man; he denied being a member of any lodge during the founding era of our nation, and he referred to masonry as being mere child's play. And much, much more.

Wake up to... what, exactly? I appreciate your due diligence, but I respectfully request you present your view absent any presumptions of "what I know."

I'm not a believer in MANs interpretation of any religion, I don't even consider myself a Christian, although I do believe in Jesus Chtrist, I consider myself a spiritualist. However even the stupidist of wise men regonize a supreme being or creator if you will.. Hammurabi regonized the laws were given to him by god and he was a late bloomer in the scheme or civilization.. Every civilization since S(h)umer (earliest known civilization) has regonized the orderly function of society has come from a higher being(s). What this film represents is miss leading. There were Founding Fathers that did not believe in organized mans religion, however non denied that a God existied and all rights of humans came from that God. "Congress shall make no law respecting an establishment of religion, or prohibiting the free exercise thereof:......"1stAmend is a direct result of the mandatory attendance of the State owned Church of England,  the word of God was Not advanced but the political agenda of the King/Queen of England. Our Founding Fathers were wise enough to understand that (mans) religion and politics do not nor will ever mix no matter how they believed personally. Even Cicero, the great Republican believed in gods and the Roman Senate always said prays and sacrificed to read the omens before the Senate met and they had a Constitutional Republic...In the 1st Amendment it says "religion" and every single Founding Father said that the rights of the citizens of the New Republic stemmed from God. Again, I think this film is misleading...so I guess the "shitstorm" has began.......:)     Semper Fi

The Founding Fathers had a Religion and it was the Religion of Illuminism..They created this Nation for A purpose that is why they called it the great experiment...To see if man could live in freedom,be a king or queen in their own right...but they understood human nature better then any man or woman who WILL EVER LIVE!!!!...They knew people would gladly trade freedom for benefit...The founding fathers were members of the masonic lodges as FREEMASONRY not Christanity is what this nation is based upon...Too think that anybody is without religion is a fool...No matter who you are you posess a religion.Better wake up Krype and Hollywood...They are coming and coming fast.

yup...like that kiki chick on FeceBook petrified to join here because McAffee AV told her to stay away...lol 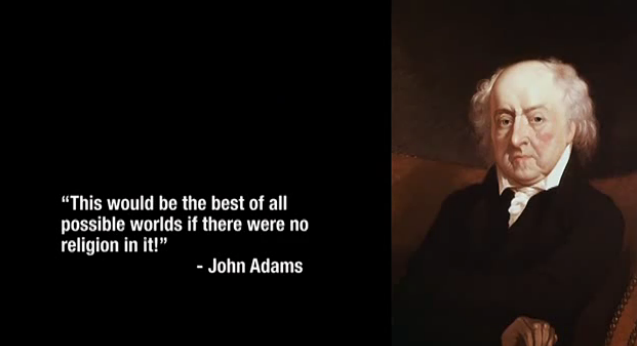 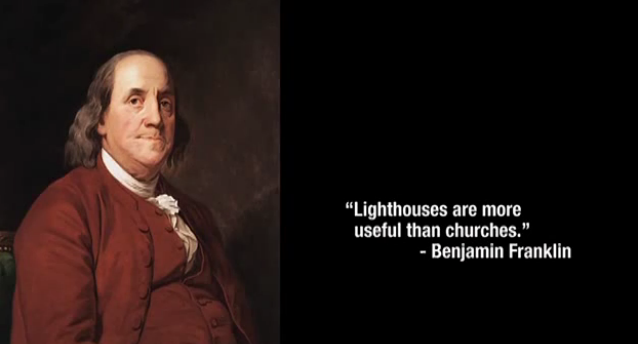 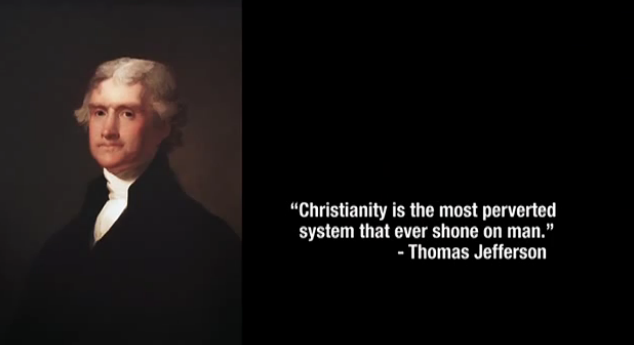 Less Prone commented on Larry Flinchpaugh's blog post United States Covid 19 virus statistics:
"All death are classified as Covid-19 if the patient had tested positive for it regardsless of the…"
9 minutes ago