Marvelous, but this is only the beginning. The perpetrators of GENE CRIMES have to be made responsible for their actions. (NaturalNews) Biotech stocks plummeted Thursday following the release of Operation Monsanto Stock Plunge by Food Democracy Now -- a campaign that urged investors to sell shares of biotech companies like Monsanto.
"On Thursday, the Nasdaq composite, which is weighted heavily toward tech and biotech companies, had its worst day since November 2011," reported the Associated Press, less than 24 hours after the launch of Operation Monsanto Stock Plunge. The story was carried across thousands of newspapers such as the L.A. Times. (1)

Monsanto stocks fell precipitously all day long, as is shown in the following stock price graph 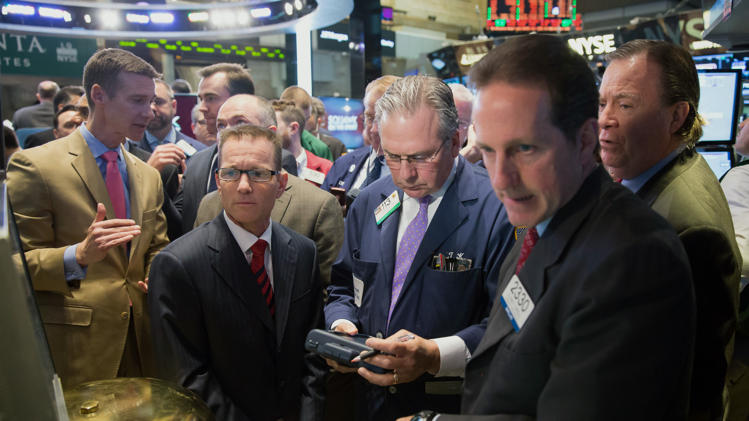 May they keep plummeting!

One point though, according to fabian4liberty.com, "all stock markets are 'fixed'", as in false. Not new news to moi, as to others. Been known for a few years [by me].

So, preferring of course Monsanto To FUCKING DIE, ZOMBIES!! can we believe/trust any such news, from whichever source?

And if.., the report is fact, that Monsanto is being dumped by investors, and if.., investors are part of the big stock markets-global SCAM..., which may in fact infer that investors are actually all under the directives of some higher power/s, are we safe to deduce, that the 'higher powers' are coming up to speed on the OUTRIGHT FUCKING EVIL such as bio-chemical maggots in our food production affairs???

Can we also then, deduce that this, possibility, only having strength IF Monsanto shares dive to drowning DEAD, DECEASED, NOT ANYMORE ALIVE, DEFUNCT AND BANKRUPTED, that the same 'higher powers' that/who allegedly are setting to deleting the bankers

(I haven't watched the last link video though)], are these ones.]

Thus, that THE Corrections have really begun, in Ernest?

Wonderful News - that is an excellent start.  Good work for finding this very important news and posting.  When they go to jail for their crimes against humanity and our planet they must be forced to EAT/drink all the Monsanto products they forced on us.