Corporate Media and all their Lies, Distraction, Cover-Ups, and Brainwashing Corporate Media ~ It began with JP Morgan, Warburg and Rockefeller and has evolved into the manipulation of politics and society on a global scale.

The Establishment has perfected its machination of propaganda, creating the realities it wants into society, forming whatever truth that will be of the greatest benefit, not to society, but to itself. Whatever reality it wants to create and disseminate is quickly absorbed by a population eager to feed off the mammary glands of television. The Establishment, the corporate world and government have for years told us how and what to think, how to act, who to obey and where to follow, condemning our minds to obedience, our lives to conformism and silent acquiescence.

All those hundreds of TV channels may lead you that there’s a true diversity and variety in today’s television … but you’d be wrong. A handful of large companies control what you see, hear, and read every day.

Let’s take a look at who owns what on television – here are the TV channels owned by 6 of the largest companies in media, as depicted by their logos:

General Electric is a true behemoth: the conglomerate is the world’s third largest company with market capitalization of nearly $370 billion and annual revenue of $173 billion (2007). The company produces practically everything – from aircraft engine to locomotives to medical devices.

Update: December 3, 2009General Electric and Comcast announced a joint venture worth a combined $37.25 billion on that will give the cable company eventual control of NBC Universal.

Time Warner is the world’s largest media and entertainment company – it owns major operations in film, TV, print, Internet, and telecommunications. Time Warner has an annual revenue of $50.5 billion (2008) – the equivalent of the entire GDP of Luxembourg.

Like cartoons? Time Warner’s got you covered with Cartoon Network and Adult Swim. Classic movies? Check (Turner Classic Movies). And who can forget CNN and Headline News? Both are Time Warner properties. (Note: CW is co-owned by Time Warner and CBS).

You may associate it with amusement parks, but The Walt Disney Company has grown to be one of the world’s largest media and entertainment corporation since its founding as an animation studio by brothers Walt and Roy Disney in 1923.

The Walt Disney Company owns the ABC television network, with more 200 affiliated stations reaching nearly 100% of all U.S. television market, as well as dozens of niche cable networks. True to its cartoon animation origin, Disney captures its viewers early – it counts millions of young children as its audience with kids channels like the Disney Channel.
Update 7/8/08: A&E is co-owned by The Hearst Corporation and ABC

Rupert Murdoch’s News Corporation is a behemoth: it is the largest media company in the world by market capitalization ($38 billion). For most people, the conservative news channel Fox comes foremost to mind when asked what they think of Murdoch’s media empire – but the company’s holding is far larger: it includes Asia’s Star TV Network, the National Geographic Channel and even the iconic TV Guide network.

Don’t watch TV? Even if you prefer to browse the Internet, most likely you’ve visited News Corp’s property, which include Hulu (owned in partnership with GE through its subsidiary NBC Universal) and the social networking giant MySpace.

CBS(which used to stand for the Columbia Broadcasting System) is not sometimes called the Tiffany Network for nothing: the company is known for its high programming quality. It is currently the most watched television network in the United States, and reached more than 103 million homes in the country. 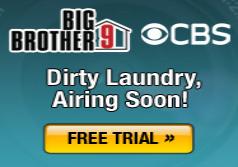 Both CBS and Viacom (see below) are owned by multi-billionaire Sumner "content is king" Redstone, through his holding company National Amusements.

Viacom stands for "Video and Audio Communication" – and true to that name, the company owns a large number of cable and satellite television networks (the company was split from CBS Corporation in 2005, though both have the same majority owner).
Informative Link:
Unplug the Signal: The Truth Will Not Be Televised

So you finally fell down the rabbit hole, Now What? (Alternative Web Sites for Seekers of Truthful Answers)

"You could get a journalist cheaper than a good call girl, for a couple hundred dollars a month." --CIA operative

Nation Tunes In To See Which Sociopath More Likable This Time

Media Have Become an “Enemy of the American people” : former Democratic pollster and analyst Pat Caddell

Fake Terror And The War For Your Mind

How the U.S. government uses its media servants to attack real journalism

Sheeple News VS News you Need To Know

You need to be a member of Corporate Media and all their Lies, Distraction, Cover-Ups, and Brainwashing to add comments!

gotta respect this one...probably got his ass chewed later

Is Mainstream Media Now The Most Significant Threat To Freedom?

Humanity as a whole knows and understands the nature of governments. We can read history and see how governments operate to get what it wants. The threat of overreaching government and the obsession with control is a problem humanity has dealt with since the beginning of time. It (tyrannical controlling governments) has always been considered the greatest threat to humanity according to history.

Yet we know that governments throughout history have manufactured enemies and portrayed them instead as the ultimate threat; this is the nature of governments: to create "enemies" in order to maintain its power through fear. This known history of government propaganda and lies have, no doubt, accounted for the deaths of billions throughout history. So would it be a silly question to ask, What is the greatest threat to humanity today? Aren't these known facts about government enough to prove the point? I say no it is not, because humanity faces an even greater threat that is now hiding in plain view. The mainstream media propaganda machine, I want to argue is now the greatest threat to all of humanity...

Comment by Lisa nolson on November 2, 2013 at 3:50am
Hi that's why I have piled my resources into David Ickes tv channel www.thepeoplesvoice.tv uncensored reporting shedding light and questioning wgphat our definition of reality is

Washington Press Corp closes it's own dinner to cameras

Oh yea Larry, that and almost ever feature the boy has that differs from whoever the other guy is. Not to mention the sort of pun, ironic twist if you will. The boy in the photo doesn't have the right color of hair for the Joker, but it is correct for the Riddler.

Definitely not. Even the ears and someone had noticed the hair line, shape of the eyes and even the color. Hard to believe the 2 pictures are not very far apart in timeline when they were taken. I don't remember if they're 2 weeks or 2 months, but they're close. Then the initial radio transmission between police stated green hair.

Add to this everybody in the theater is being video taped, looking for cameras that film the movie for P2P release. So where are the videos of the audience sitting there? For that matter where are the cameras filming the parking lot. They said the car with the TN plates was a mistake (at one point), so why did they tow it off?

Comment by Anthony Kimbrough on October 4, 2011 at 7:59pm
I wonder on that Rense and AJ thing being a little outdated. AJ got Rense kicked off some time ago.